Canada has agreed to a resurrected version of the Trans-Pacific Partnership and will sign on to the deal.

The deal, renamed the Comprehensive and Progressive Agreement for Trans-Pacific Partnership, comes after talks in Japan this week with the 11 countries still committed to the deal.

"We are happy to confirm the achievement of a significant outcome on culture as well as an improved arrangement on autos with Japan, along with the suspension of many intellectual property provisions of concern to Canadian stakeholders," said International Trade Minister Francois-Philippe Champagne in a statement. 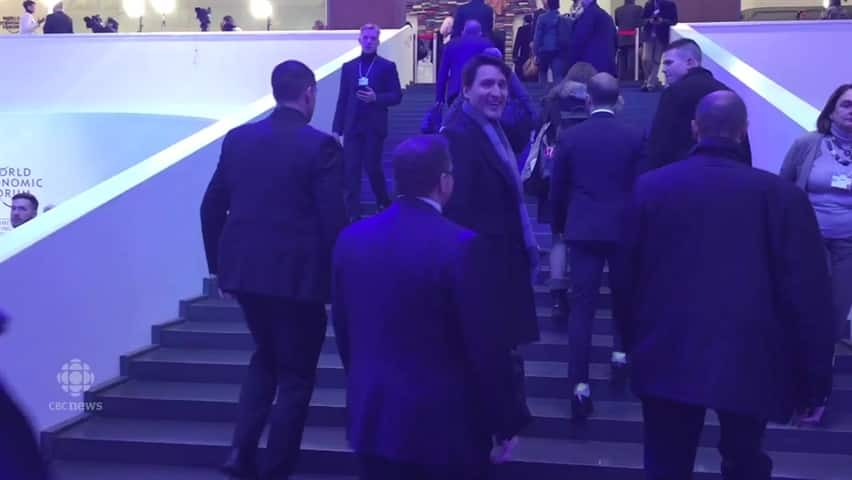 "Canada has always said that we would only agree to a deal that is in Canada's best interests."

Canada was seen as the main holdout during talks in Vietnam last November. Prime Minister Justin Trudeau sparked an international controversy when he didn't sign an agreement in principle, arguing Canada had concerns about the pact's culture and the automotive sectors.

A Canadian official with close ties to the deal said Champagne spent the weekend, and into Monday night, speaking to his TPP counterparts on the phone.

Praised for his "deep knowledge" of how business works in that country as well as his fluent Japanese, officials say he played an important role in securing a deal. 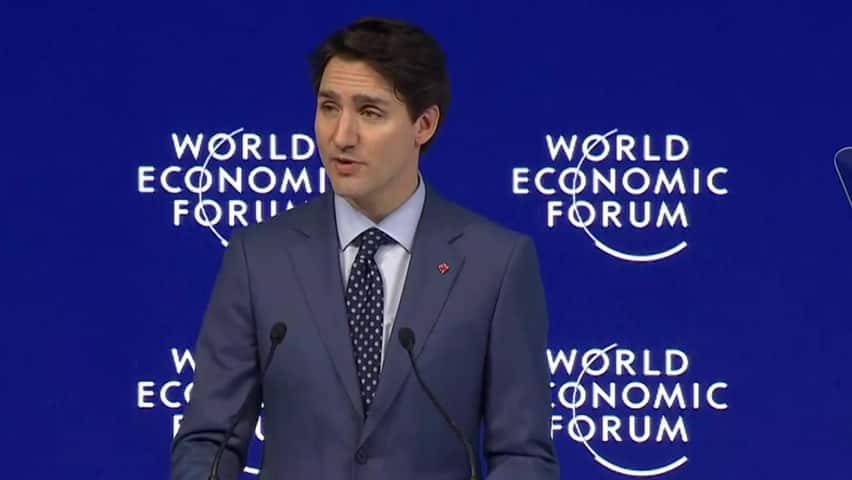 3 years ago
1:26
PM Justin Trudeau announces the Trans Pacific partnership deal that was reached while speaking at the World Economic Forum in Davos, Switzerland. 1:26

Sources say Canada made "real gains" on the pact's labour and environment chapters, and suspended what the government saw as a problematic dispute settlement provisions and an intellectual property section.

In November, Canada pushed to change provisions relating to culture and French-language rights. It said the other 10 countries did "affirm the right of each party to preserve, develop and implement its cultural policies.

"We all understand we need to do more on culture. I've said Canada will not settle for less. It was essential for me to fight for Canadian culture," Champagne said at the time.

A government source said Champagne continued to push hard for an exemption on cultural items and recently secured ìt through legally binding side letters with every other CPTPP member country.

A bigger sticking point was the auto sector.

Canada wrangled a bilateral arrangement with Japan to resolve non-tariff barriers, including a binding dispute settlement mechanism, an official told The Canadian Press.

The deal also includes a bilateral agreement with Malaysia to adjust auto rules-of-origin, and another agreement was being finalized with Australia, they added.

Flavio Volpe of the Toronto-based Auto Parts Manufacturers' Association said this agreement moves Canada in the exact opposite direction of where the U.S. is headed, just as the tense North American Free Trade Agreement talks resume.

He said the U.S. is pushing for a new NAFTA that increases domestic content requirements, and keeps Chinese parts out of North America, but the revised Asia-Pacific pact reduces local requirements and lets more product from non-TPP countries like China into the market.

"This could not be a dumber move at a more important time," Volpe said in an interview.

Unifor President Jerry Dias, head of Canada's largest private sector union, was also quick to slam the deal, saying it would be detrimental to  workers.

"This isn't progress for workers, it's a mockery," he tweeted.

Some assumed the original deal was dead when U.S. President Donald Trump withdrew from it after assuming office.

But the remaining countries carried on with negotiating.

Japanese Economy Minister Toshimitsu Motegi said his country would explain the importance of the deal to Washington in hopes of persuading it to join.

"This outcome reaffirms the CPTPP countries' collective commitment toward greater trade liberalization and regional integration," added Singapore's Ministry of Trade and Industry said in a statement.

While signing the deal is a feather in Champagne's hat, the deal comes the same day the sixth round of talks on NAFTA  kick off in Montreal.

This round is expected to be the most tense round of negotiating yet as Canada, the U.S. and Mexico dive into the most controversial chapters, including the auto and dairy sectors and a proposed sunset clause.

Volpe accused Champagne of chasing a legacy item, without thinking of how chasing the CPTPP could hurt NAFTA negotiations.

With files from Reuters and the Canadian Press