'The fundamental job of any Canadian prime minister is to hold this country together,' PM says 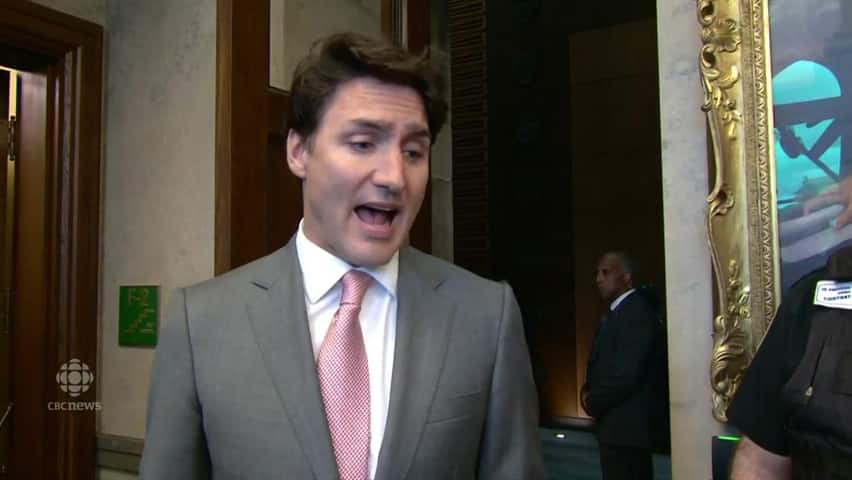 1 year ago
0:22
“It’s absolutely irresponsible for conservative premiers to be threatening our national unity if they don’t get their way,” says Prime Minister Justin Trudeau about a letter from 6 premiers warning the government about the potential impacts of bills C-69 and C-48. 0:22

"It's absolutely irresponsible for conservative premiers to be threatening our national unity if they don't get their way," Trudeau told reporters today.

"The fundamental job of any Canadian prime minister is to hold this country together, to gather us together and move forward in the right way. And anyone who wants to be prime minister, like Andrew Scheer, needs to condemn those attacks on national unity."

Trudeau made the remarks a day after the premiers of Ontario, New Brunswick, Manitoba, Saskatchewan, Alberta and the Northwest Territories wrote him to demand he make concessions on two key government bills.

The first piece of legislation is C-69, the Liberal government's attempt to rewrite the rules for approving major national resource projects in Canada. The second is C-48, the planned ban on oil tankers along B.C.'s northern coast.

"The federal government must recognize the exclusive role provinces and territories have over the management of our non-renewable natural resource development or risk creating a constitutional crisis," the letter says.

The premiers say in the letter that C-69 would make it "virtually impossible" to develop infrastructure projects for resource extraction and deprive the country of "much needed investment."

The Senate's energy committee passed more than 180 amendments during its consideration of C-69 before returning it to the House for MPs to vote on it.

"Our five provinces and territory stand united and strongly urge the government to accept Bill C-69 as amended by the Senate, in order to minimize the damage to the Canadian economy," the letter says.

"We would encourage the government of Canada and all members of the House of Commons to accept the full slate of amendments to the bill."

Some amendments, but not all

On Tuesday in the House, questioned by Conservative MP Lisa Raitt, Trudeau said he would consider the amendments and would keep the ones that improved the legislation — but warned that not all would be accepted.

"We would urge the government to stop pressing for the passage of this bill which will have detrimental effects on national unity and for the Canadian economy as a whole," the letter says.

Asked to comment on the premiers' decision to invoke national unity regarding the bills, Raitt said she hopes that Trudeau takes the threat "very seriously."

"They've put forth their case and they've indicated that in their best interests, or in their best view, that this could lead to a constitutional issue," Raitt said.

"I think you have to take them seriously when they say things like that and it's up to the prime minister to make that response."

In an interview with CBC News Network's Power & Politics, New Brunswick Premier Blaine Higgs said that Trudeau's claim that the premiers are threatening national unity was an overreaction, and he should listen to what the Senate says about C-69.

"They have all of these recommendations in place. To say that we are going to pick one or two and then walk away, I think, speaks for itself — that it was a disingenuous exercise," Higgs said.

Saskatchewan Premier Scott Moe said the premiers are giving Trudeau constructive advice on how to preserve national unity, not fracture it.

Trudeau has introduced "divisive policies that are impacting our ability to generate wealth in certain areas of this nation. And it's policy that we just won't stand for, and we've seen now six premiers that have stood up and said, 'These are flawed policies,'" Moe told Power & Politics host Vassy Kapelos. 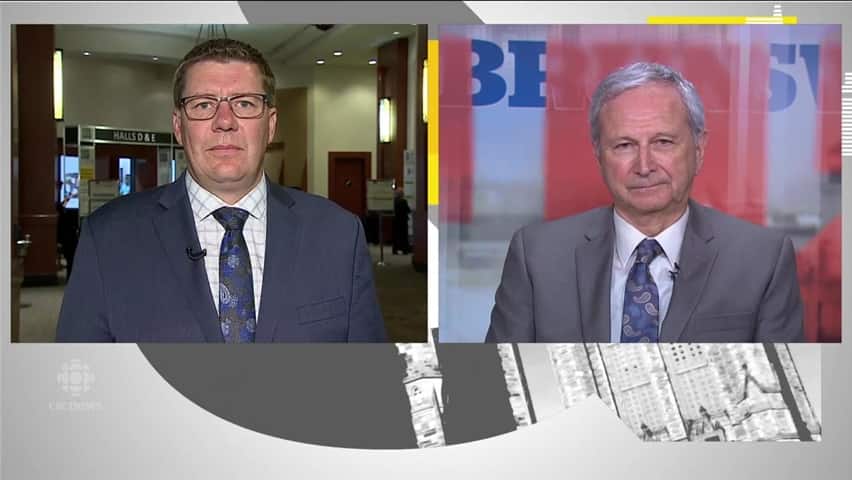