The debate over copyright law reforms can pick up right where it left off before the last election, with the reintroduction Thursday of identical legislation and vows by government ministers to move quickly to get it perfected and passed. 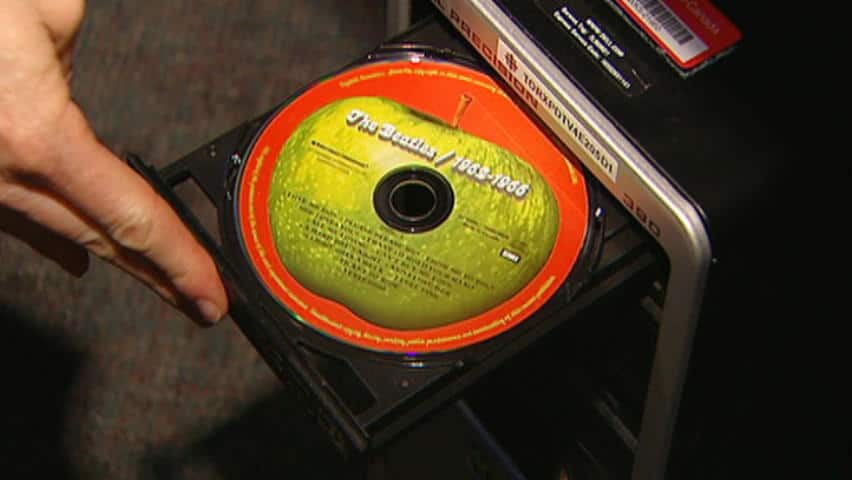 The federal government still believes it has struck the right balance between the needs of consumers and creators, with the reintroduction of the same copyright bill that died when the federal election was called last spring.

Industry Minister Christian Paradis and Heritage Minister James Moore expressed the urgency of the government's plans to reporters Thursday morning, after the tabling of the legislation in the House of Commons.

When the current legislation was passed, Paradis noted, "we were talking about VHS and Beta [home video recorders.]"

"Our current law was designed years before smartphones became an everyday tool for most Canadians and before MP3 players changed the way we listen to our favourite artists. It is older than most of the technologies we use today," Paradis explained, saying changes are long overdue.

Moore had hinted in early September that the government planned to reintroduce the copyright bill in exactly the same form as the former Bill C-32, to pick up where it left off in the last Parliament. At that time, Moore suggested the new legislative committee studying the bill will not be inviting groups that have already commented to appear before the committee again.

"We didn't alter a comma," Moore insisted, as the bill was reintroduced Thursday, noting the huge investment of time that already had been made by stakeholders and parliamentarians on the previous bill. "We do want quick passage of this legislation."

Do you agree with the new Copyright Act? Share your thoughts.

Moore called the earlier work one of the "largest consultations of its kind in Canadian history," including testimony from 75 witnesses before the special stand-alone committee on C-32.

The heritage minister emphasized the growing importance of digital technologies to the Canadian economy. "This legislation will make it clear to everyday Canadians that technology is at their disposal and free to be used," Moore said, giving examples of format-shifting and time-shifting technologies that had become a grey area in the past.

"Canadians will not be penalized for transferring their favourite novel or album onto their mobile device," Paradis confirmed. "They now will be able to upload the content they have created, like mashups, to internet sites without facing punishment."

Michael Geist, a University of Ottawa law professor who specializes in internet law and has a strong interest in copyright, said the government's approach "sends a strong message that the government thinks they struck the right balance" between consumers and creators in the way it was introduced before.

Geist believes the government will significantly shorten the hearings, especially since the Conservatives now form the majority on the committee and opposition MPs will no longer be able to slow the process down.

The newly reintroduced legislation would give consumers new rights to:

However, they would not be able to exercise these rights if doing so required the circumvention or breaking of a digital lock.

However, he noted that there are groups that the government has yet to hear from and there has been widespread controversy over some parts of the bill.

In particular, many groups are concerned about provisions dealing with digital locks or technical means of "copy protection." The reintroduced bill makes it illegal to break or circumvent digital locks for any reason, even to exercise other rights under the Copyright Act.

Geist and many other advocates believe it should be legal to circumvent digital locks for legal purposes.

"This is protecting the rights of creators," the heritage minister said Thursday. "If somebody hacks into a piece of software... and destroys a business model, that's a problem. That hurts investment in Canada, it hurts jobs, it hurts creativity, it hurts innovation. That's what we're trying to stop."

Moore called suggestions that the bill should not have digital lock provisions "ridiculous," and added that not protecting what people have invested in would be "irresponsible."

Victoria Owen, chair of the copyright committee for the Canadian Library Association, said the previous bill was introduced following extensive public consultations and included some positive changes. She cited the inclusion of education, parody and satire under fair dealing provisions that allow people to freely use some copyrighted material under certain circumstances.

However, she is also concerned about the digital lock provisions. She said they would prevent people from legally using material under fair dealing and will also prevent libraries, archives and museums from making copies of copyrighted works such as movies for the purposes of preserving them in the public interest.

"I have confidence that when the government understands, we should be able to circumvent for non-infringing purposes," she said.

But in order to make sure the government does understand, she believes her group, which made a presentation to the previous legislative committee on copyright in March, needs to appear before the committee again – something it appears will not happen.

Graham Henderson, president of Music Canada, a group that represents Canada's four largest record labels, said his group also perceived some flaws in the previous bill, but has confidence in the parliamentary process.

"We support the intent of government, we understand what they're trying to accomplish here," he said, "and in this case, we're confident that having heard testimony of countless witnesses and having had their attention directed to various technical amendments that are necessary to bring the bill into harmony with stated government policy, that they will make technical amendments."

In particular, Henderson is concerned about how the bill dealt with online music and video file-sharing services such as Bittorrent, Pirate Bay and Isohunt, which his organization believes are stealing revenues away from creators.

He added that while the government has said it will crack down on such services, the previous copyright legislation included some unintended loopholes.

"These are important issues, but the fixes themselves are minor and technical in nature," he said.

Perrin Beatty, the CEO of the Canadian Chamber of Commerce, told the news conference that his organization would be proposing some technical amendments to address specific concerns, but lauded the overall bill as necessary to protect business interests and maintain Canadian competitiveness internationally.

The NDP's copyright critic, Charlie Angus, supports modernizing copyright law. But he said the government knows there were things that needed to be changed from the former legislation.

"The previous bill was a dog's breakfast, it was completely unworkable," Angus told reporters on Parliament Hill Thursday. "The bill has to be fixed before we will support it," he said, citing lost royalties for artists, digital lock provisions and issues around the provision of materials for distance education as major concerns.

"We haven't seen this government open to working with anybody yet, but we will go in with an open mind," Angus said. "The government is looking to try to find a balance but they haven't found it yet."

And yet, Moore told reporters that he hoped the bill could clear the House of Commons by Christmas, helped along by the work of another stand-alone committee able to zero in and focus on this legislation in particular.

"We will not go along with simply railroading this through," Angus vowed on behalf of the NDP.

"Canadians will be deeply disappointed if the government rams through unbalanced, unCanadian legislation that strips them of their rights as users of copyright," said a statement issued by Liberal heritage critic Scott Simms Thursday.

In the same statement, Liberal industry critic Geoff Regan said the reintroduction of exactly the same bill "makes a mockery of the consultations held last year" by ignoring the reasonable suggestions for improvement that were offered by witnesses.

"We have listened during the hearings of the previous committee," Paradis insisted Thursday.

The new industry minister also appeared open to more discussion to fix perceived weaknesses in the bill. "We will make any technical fixes necessary to achieve our objectives," he said.