Climate change activist James Hansen says Natural Resources Minister Joe Oliver's criticism of him shows the Conservative government is desperate and worried the Keystone XL pipeline won't be approved, and he describes its approach to climate change as 'Neanderthal.' 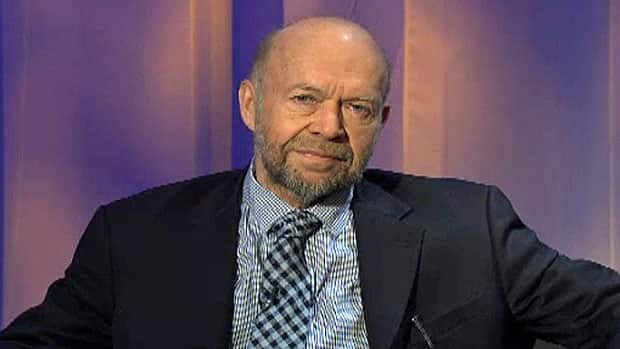 The former NASA scientist criticized by Natural Resources Minister Joe Oliver earlier this week for his views on the Keystone XL pipeline is responding by calling the Conservatives a desperate and "Neanderthal" government.

In an interview with Evan Solomon airing Saturday on CBC Radio's The House, James Hansen defended his position that approving the proposed pipeline would be disastrous for the environment.

During a stop in Washington, D.C., to shore up support for Keystone XL, Oliver said Hansen, a leading climate change activist, is "crying wolf" with his "exaggerated" comments about the effects of Alberta's oilsands development on the environment. The minister also said that when a source of energy represents 1/1000th of global emissions, "to say it's the end of the planet if that's developed is nonsense."

Hansen has said if nothing is done to stop Canada's oilsands development it will be "game over for the climate," a position that Oliver said he likely regrets taking and that has hurt his credibility.

Not so, Hansen told Solomon. "Not at all," the award-winning researcher said. Hansen was named one of Time magazine's most influential people in 2006. He retired earlier this month from NASA so he could devote more of his time to environmental activism.

"I think he's beginning to get worried because the secretary of state, John Kerry, is well-informed on the climate issue and he knows that his legacy and President Obama's is going to depend upon whether they open this spigot to these very dirty, unconventional fossil fuels," Hansen said about Oliver. "We can't do that without guaranteeing disasters for young people and future generations."

TransCanada's proposed pipeline would stretch from Alberta to Nebraska and the project is on hold while the Obama administration considers whether to give it a stamp of approval. Oliver was in Washington lobbying for the pipeline just as the U.S. Environmental Protection Agency publicly rebuked the State Department over its positive environmental assessment of the proposed pipeline.

In a letter sent Monday that was widely seen as a setback for the pipeline, the EPA raised serious concerns about the project's carbon footprint and criticized the State Department's draft analysis.

"That shows that they're getting desperate," Hansen said, referring to Oliver's comments about him. "They realize that the Keystone XL pipeline probably will not be approved because the secretary of state and the president are beginning to realize what the implications (are) for young people and future generations."

He also had a blunt assessment of the Conservative government's approach to climate change and action on the environment.

"They're in the hip pocket of the fossil fuel industry, as you can see, but that doesn't mean that the Canadian people are," said Hansen.

He said many governments, not just Canada's, are denying what science is telling them and ignoring the long-term climate change projections.