Hunter Tootoo has suddenly resigned his position as minister of fisheries and oceans and the Canadian Coast Guard to seek treatment for addiction. 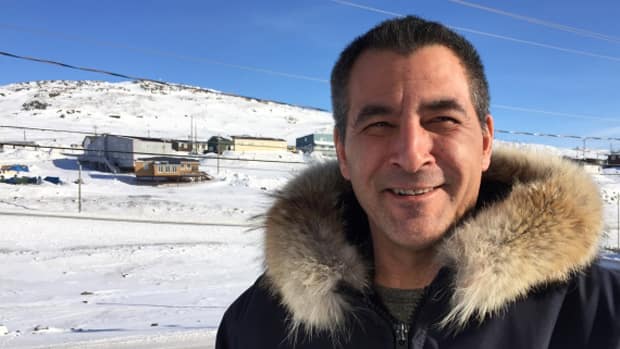 Prime Minister Justin Trudeau has lost his first cabinet minister in abrupt and mysterious circumstances, shocking his colleagues in the Liberal caucus.

Trudeau issued a statement on Tuesday night saying Hunter Tootoo had resigned his position as minister of fisheries and oceans and the Canadian Coast Guard, and was leaving the Liberal caucus to seek treatment for addiction.

On Wednesday morning the prime minister told reporters on his way into his weekly caucus meeting that the sudden departure was Tootoo's choice, after a very difficult situation. Trudeau did not elaborate or take questions.

Though previous governments have lost cabinet ministers in their first year, Tootoo's resignation is the latest difficulty for a Liberal government that, while still popular, has been dealing with a number of challenges this spring.

Tootoo's addiction issues are being handled very differently from how they were dealt with when, earlier this year, Liberal MP Seamus O'Regan, a newly elected MP for St. John's South-Mount Pearl, announced he was entering a "wellness program" to adopt an "alcohol free lifestyle."

O'Regan did not leave the Liberal caucus at the time, while Trudeau went on Twitter to say his thoughts were with his "friend & colleague" and that O'Regan had his "full support."

"Effective immediately, the Honourable Hunter Tootoo has resigned from his position as minister of fisheries, oceans and the Canadian Coast Guard," Trudeau said in the statement. "He will also be leaving the Liberal caucus."

"Mr. Tootoo will be taking time to seek treatment for addiction issues."

Trudeau went on to say government House leader Dominic LeBlanc will be assuming Tootoo's ministerial roles in addition to his existing duties.

The statement does not identify the nature of the addiction issues or explain why Tootoo had resigned from caucus. The Prime Minister's Office would not elaborate on Trudeau's statement.

"As of today I have resigned as minister of fisheries, oceans and the Canadian Coast Guard and will be stepping down as a member of the Liberal caucus in order to not distract from the important work of my colleagues," the statement read.

"I have decided to seek treatment for addiction issues and ask for privacy at this time."

Tootoo is a cousin of NHL player Jordin Tootoo, who recently authored a book detailing not only his struggles in the NHL, but his continuing battle with alcohol addiction.

It takes blood sweat and tears to stand up and ask for help from a real man. <a href="https://twitter.com/HunterTootoo">@HunterTootoo</a> admitting is the 1st step. You got this cuz.

Liberal MPs speaking on background have told CBC News that they were floored to hear the news but did not know any more details than were in the PMO release.

A challenging spring for the Trudeau government

Tootoo's resignation came just after the Liberals succeeded in passing C-14, the government's legislation on medically assisted death, through the House of Commons. Amid concerns about the bill's scope and constitutionality and with the government eager to see the legislation passed before June 6, C-14 now faces an uncertain future in the Senate.

It comes after loud complaints from the opposition about the government's handling of the House and two weeks after the prime minister was compelled to apologize for manhandling the opposition whip, inadvertently elbowing NDP MP Ruth Ellen Brosseau in the process.

That incident was followed by the Liberals withdrawing a procedural motion that Conservatives and New Democrats decried as an abuse of power.

Meanwhile, the Liberals continue to be criticized for their handling of electoral reform.

The Trudeau government is at least not the first government to lose a cabinet minister within its first year. Less than five months after Brian Mulroney's Progressive Conservative government came into office in 1984, the defence minister, Robert Coates, resigned after it emerged he had visited a strip club in West Germany. (Two more ministers would resign just after the Mulroney government celebrated its first anniversary.)

In 2006, Michael Chong quit Stephen Harper's cabinet after nine months when Chong decided he could not support the government's motion to declare the Quebecois a nation within a united Canada.

A rough start in life

Tootoo was born in Rankin Inlet in 1963 and immediately had to fight for his life.

"I was medevaced [airlifted] out," Tootoo told The Canadian Press in an interview last year.

"I was in an incubator for the first three months of my life, so I am told."

After overcoming this struggle, Tootoo went on to live in various parts of Canada, including Quebec, Ontario, Alberta and Saskatchewan before making his way back to the North in the early 1990s.

The 52-year-old was first elected as the member of the legislature for Iqaluit Centre in 1999, where he served for 14 years. He was the Speaker of the Nunavut legislature until 2013. He also held a number of cabinet positions in the territorial government.

In November, a month after Tootoo defeated former Conservative cabinet minister Leona Aglukkaq to claim the federal riding of Nunavut, he said in an interview he hoped to transfer his political experience to a national scale.

"I think that it is going to be very beneficial to me as we move forward."