The fate of Prime Minister Justin Trudeau's minority Liberal government hangs in the balance as Parliament resumes all normal operations today for the first time in six months.

Conservatives have been unequivocal: they will not support the throne speech 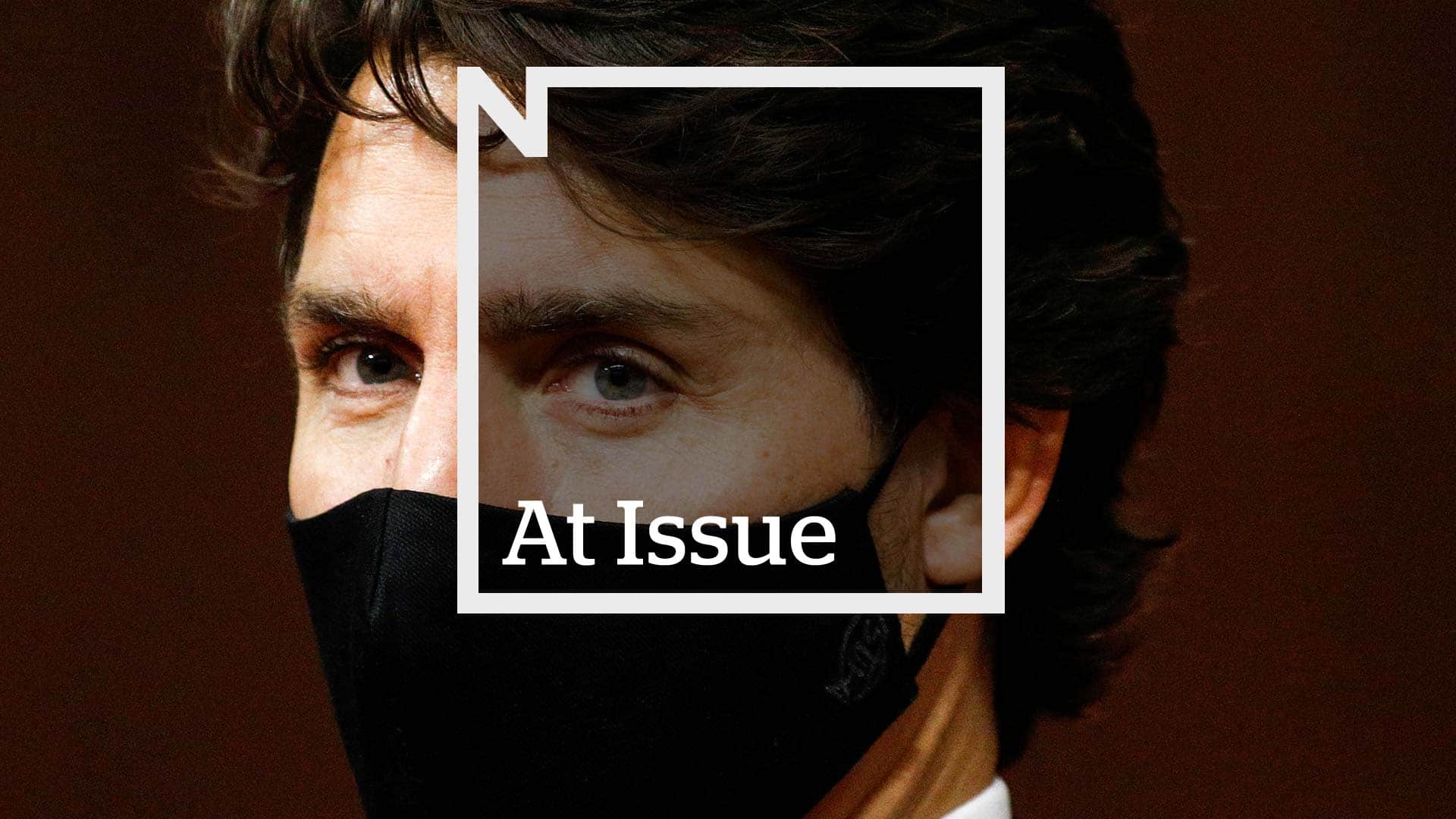 26 days ago
11:10
The At Issue panel breaks down Prime Minister Justin Trudeau’s messaging in the throne speech and his national address that followed. The panel also discusses the opposition parties’ reactions and whether the NDP will prop up the government. 11:10

The fate of Prime Minister Justin Trudeau's minority Liberal government hangs in the balance as Parliament resumed all normal operations Thursday for the first time in six months.

Several dozen MPs took their seats in the chamber, while more signed in online as opposition parties readied to give their official responses to Wednesday's speech from the throne.

They've already signalled the government can't count on support from any of them to survive the eventual confidence vote and avoid plunging the country into an election when some areas are already in a second wave of the deadly COVID-19 pandemic.

The Conservatives were unequivocal: they will not support the throne speech.

They accused the Liberals of using prorogation, which led to the speech, to shut down parliamentary scrutiny of their decision to award WE Charity a contract to run a student grant program.

Before debate on the speech could even get underway, Conservative MP Michael Barrett was up on his feet saying his privileges had been breached by the redactions of documents related to that affair, showing that the Opposition does not intend to let that issue go.

"If the speech from the throne was about presenting a refreshing agenda reflecting the COVID pandemic, the prime minister could have simply prorogued Parliament the night before last, or yesterday morning for that matter," Barrett said.

"What he didn't need to do was to shut down Parliament on the 18th of August. The only thing that accomplished was to kill committee investigations cold in their tracks."

The committees are to be reconstituted in the coming days, part of getting the hybrid Parliament back underway.

In debating the speech itself, Conservative deputy leader Candice Bergen said the Liberals' plan leaves numerous Canadians out, citing seasonal workers, people who run tourism businesses, families that are nursing along old minivans and can't afford new electric cars, people who drive pickup trucks and are "tired of being insulted by Liberal elites."

Thousands of Canadians have been left behind, Bergen said, and the speech from the throne offers them nothing.

"It's clear, Mr. Speaker, the only reason (Trudeau) prorogued Parliament was to cover up and distract from his own scandal," Bergen said. "So it's also very disturbing that there is no plan to deal with this pandemic."

Trudeau shot back a few minutes later. It's amazing the Conservatives accuse his government of having no plan, then object to the points of that plan, he said.

"When the pandemic struck, Conservatives were more concerned with austerity than with helping people, and they've doubled down on that point of view," he said.

Debate on the throne speech is scheduled for six days, though they do not have to be consecutive.

Bloc Quebecois MPs have said they will not consider supporting the throne speech unless Trudeau agrees to fork over at least $28 billion more each year in unconditional transfer payments to provinces for health care, as demanded unanimously last week by premiers.

Bloc Leader Yves-Francois Blanchet is giving the government just one week to accede to that demand, in the expectation that the confidence vote on the throne speech will take place next week.

Trudeau said in the Commons that he intends to have a first ministers' conference to talk about updating the Canada Health Act, which doesn't fit the modern reality of health care well.

He and the premiers have worked well together for the common good and he wants to keep doing so, he said. But that won't meet Blanchet's demand.

That leaves New Democrats as the Liberals' most likely dance partner but NDP Leader Jagmeet Singh has conditions of his own: legislation assuring that Canadians left jobless due to the pandemic won't have their emergency benefits cut and that Canadians who fall ill will get paid sick leave.

It seems the Liberals are on their way to doing that, as they introduced legislation Thursday that would raise the value of weekly benefits for unemployed workers to $500 a week.

The legislation, if passed, would bring the value of payments to the same level as under the Canada Emergency Response Benefit, which ends this week.

The same floor will be placed on employment insurance benefits for those eligible for the program.

"We have legislation now in front of us which we take as a major victory for people," Singh told reporters this afternoon in Ottawa. "The first part of it is exactly what we had asked for."

Singh said his party is still negotiating with the Liberal government over sick leave. The NDP leader said he worries that the current proposal might make it too difficult for those who need the benefit to access it.

Last month, the government promised to ensure that unemployed Canadians would continue to get $400 per week under proposed reforms to the employment insurance program.

Employment Minister Carla Qualtrough did not answer a question about whether the increased amount in the new legislation was designed to meet the demands of the NDP.

The throne speech promised to do whatever it takes to protect Canadians' lives and provide financial support for as long as the pandemic rages, including extending the 75 per cent emergency wage subsidy through to next summer and making a "significant, long-term, sustained investment" in a Canada-wide child-care system.

It also promised expanded emergency loans for businesses and targeted financial support for industries hardest hit by the pandemic, including travel, tourism and hospitality.

Over the longer term, the speech promised to work with the provinces to set national standards for long-term care facilities, where more than 80 per cent of Canada's COVID-19-related deaths have occurred, and to set up a universal pharmacare program.

And it promised to make action on climate change the "cornerstone" of its plan to create one million new jobs.

Apart from brief sittings to pass emergency aid legislation, Parliament has been suspended since the country went into lockdown in mid-March to curb the spread of COVID-19.

Those modified sittings gave opposition MPs a chance to question the government but did not allow for the full range of normal parliamentary operations, such as opposition days and private members' bills.

Under a motion passed unanimously Wednesday, all parliamentary functions are now restored, albeit with a new hybrid model House of Commons.

Until at least Dec. 11, only a small number of MPs will be physically present in the chamber while the rest will participate virtually, including taking part in roll-call votes via video conference.