More than a million Canadian citizens and permanent residents returned home last week as governments around the world ramped up their warnings about the threat of COVID-19.

More than a million Canadian citizens and permanent residents returned home last week as governments around the world ramped up their warnings about the threat of COVID-19.

A spokesperson for the Canada Border Services Agency said 959,600 Canadians and 43,890 permanent residents returned to Canada between March 14 and March 20. That lines up with the point when Prime Minister Justin Trudeau began urging Canadians to avoid all international travel and Foreign Affairs Minister François-Philippe Champagne told tourists to get home as  soon as possible.

Here is a breakdown of incoming travel over that period, supplied by CBSA spokesperson Ashley Lemire.

Even more Canadians are expected to come home in the coming days as Canada arranges a handful of flights to scoop up travellers stranded abroad by travel restrictions.

This morning, Champagne told CBC Radio's The Current he negotiated with the Peruvian government late into the night to allow three Air Canada flights to enter Peru's closed airspace.

A few hours later, Prime Minister Justin Trudeau said two more Air Canada flights will pick up Canadians in Morocco in the coming days. Air Canada has also been cleared to fly to Spain, while Air Transat has been cleared for two flights to Honduras and one each to Ecuador, El Salvador and Guatemala, he said.

"This is probably the largest repatriation effort in Canada's history in peacetime," said Champagne, whose department has received close to 10,000 calls and 14,000 emails in the last 48 hours.

"This scale and the complexity that we're facing has never been seen before. This is a book yet to be written because no one has ever seen anything like that — where you have all these things at the same time and you're trying to bring people back to Canada."

WATCH: Trudeau says the government is trying to get Canadians home

PM Trudeau says the government is trying to get Canadians home

12 months ago
0:50
Prime Minister Justin Trudeau says the government is working with airlines to try and get Canadians who are stuck abroad home.  0:50

Champagne said negotiations are underway with other countries that have closed their airspace and borders to try to get Canadians out, and talks continue with allies to set up air bridges.

"It's almost like a chess game. Every time that something is closed, we need to find a way to bring our people [home], and that's what we're doing on a 24-hour, seven-days basis," he said.

"But we have to admit that there will be Canadians who won't be able to come back home, and we'll do our utmost to support them wherever they might be."

The minister urged stranded Canadians to register with the federal government so they can receive new information as the situation develops. 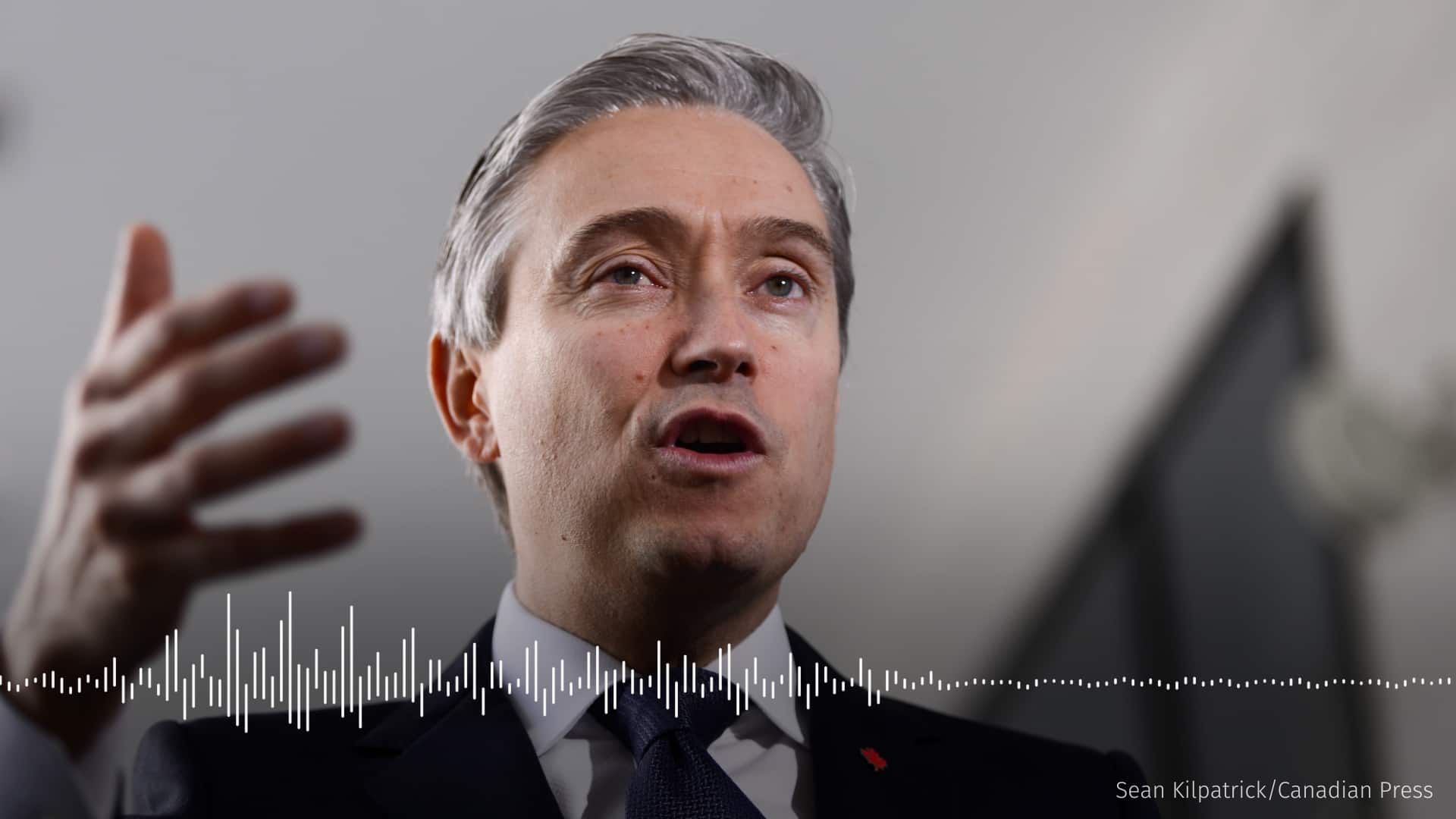 Canada negotiating 'case by case' with countries for flights home

12 months ago
3:39
Foreign Affairs Minister François-Philippe Champagne says there are unprecedented consular challenges during the COVID-19 pandemic and he's negotiating one-to-one with jurisdictions where there are no inbound or outbound flights to bring Canadians home. 3:39

A spokesperson for Global Affairs Canada said that, so far, more than 28,000 Canadians have registered in the countries where the flights are landing.

NDP Leader Jagmeet Singh said the government is trying to strike a "difficult" balance in its efforts to bring home Canadians stranded abroad.

"There are a lot of concerns around how we can return Canadians while maintaining the importance of reducing any opportunities for the spread of the illness," he told a news conference today.

All travellers returning to Canada are being asked to self-isolate for 14 days. That means not even stopping for groceries on the way home.

"We are looking at ways that we can even provide transportation for people that don't have capacity to transport themselves in a way that's private," said Health Minister Patty Hajdu.

"It is very, very important that people take this seriously."

Agriculture Minister Marie-Claude Bibeau said the government is also working with Guatemala to fly temporary foreign workers to Canada ahead of the spring planting. 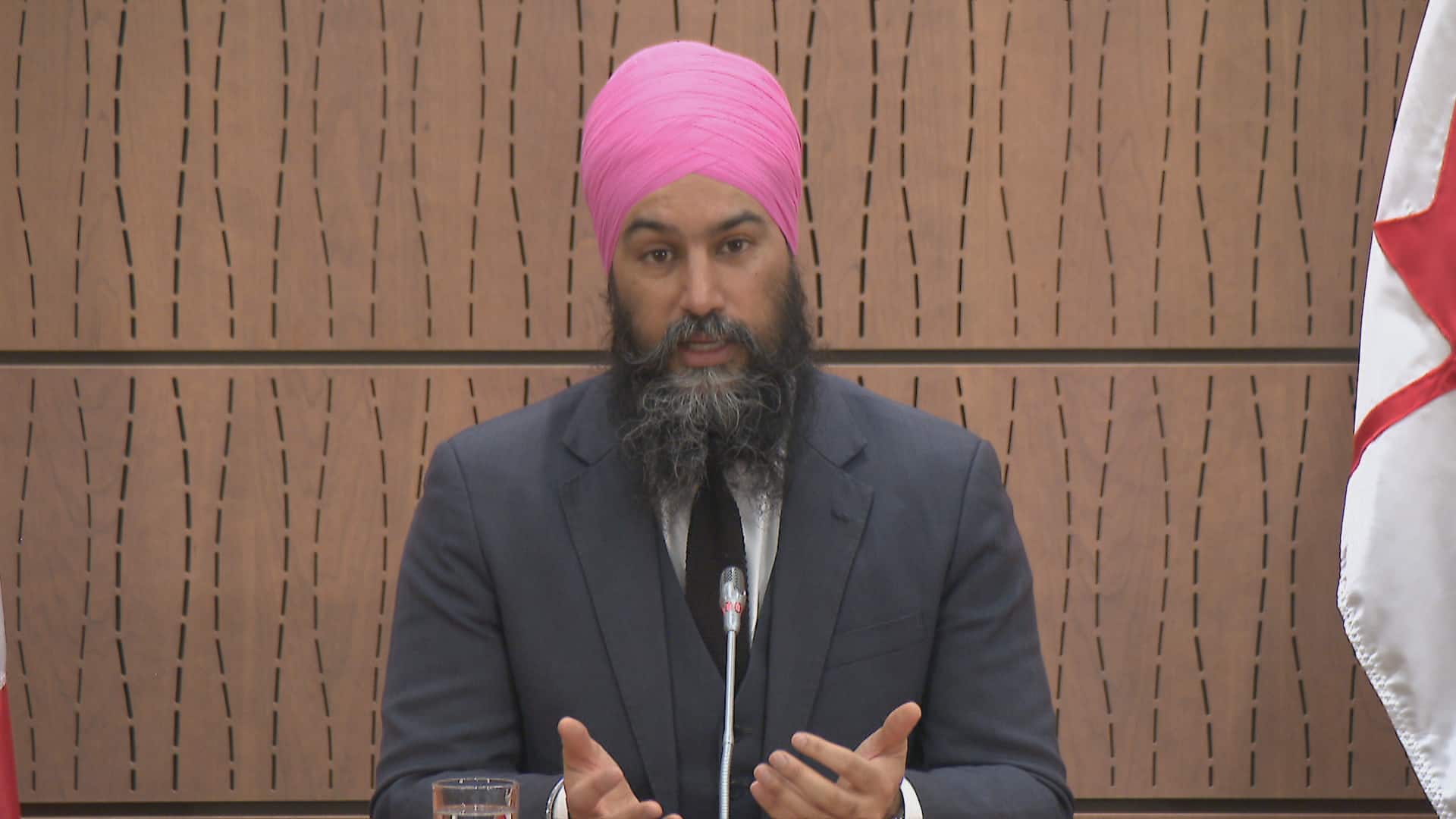 12 months ago
0:51
NDP Leader Jagmeet Singh says he's prepared to work with the government to help Canadians get back home, but he acknowledged the challenges of doing that while still containing the spread of COVID-19 0:51

With files from the CBC's Darren Major