The angst and effort around preventing voters from being manipulated through social media has accomplished little, experts on fake news warn, and online interference is happening in the run-up to Canada's fall federal election.

Despite investigations that have clearly shown how foreign and domestic actors have used fake news campaigns to influence democratic votes around the world, such as in the U.S. and Ukraine elections, not much has changed. The social media platforms that were the targets of that content are still vulnerable, says McGill University public policy analyst Taylor Owen, who studies the political impact of digital technology.

"What's wrong with this infrastructure is that it is calibrated for engagement," Owen says.

"And that, it turns out, is a highly manipulable mechanism for political speech, which inherently can divide us in very clear ways."

The story was first posted by CBTV, what Owen describes as a "made-up" website that had been posting content from The Canadian Press wire service to appear legitimate.

For Owen, the vulnerability is in how the social media infrastructure is wired. Once a user engages with bogus content on social media platforms, algorithms allow similar material to appear in their feed.

"People who saw that post were most likely [those] who most wanted to see it and were most susceptible to the message. It's reinforcing their existing biases, which are probably anti-Trudeau, potentially anti-immigration," Owen says.

"That incident, in and of itself, isn't the end of our democracy. But when you magnify it by a thousand times and it's happening constantly, we're getting to a point where we can no longer trust the information in our public sphere. And that, to me, is the real threat to democracy — what happens when we can no longer trust information in our society?"

Craig Silverman, a journalist with Buzzfeed, is credited with coining the phrase "fake news." He warned in 2015 that Facebook's news feed was spreading misinformation, and he travelled to Eastern Europe to trace where most of the content was being produced by a cluster of websites in Veles, a small town in Macedonia.

In Canada, Silverman has been watching the increase of anti-Trudeau content online, which he describes as a "booming industry" on Facebook.

"He's the incumbent, he's the main target, he's got a global profile, so it's not surprising. But there are a lot of them [posts] and they really do drive a fair amount of engagement," Silverman says.

He says he has observed several instances where Immigration Minister Ahmed Hussen has also become an online target.

"We see a lot of fake quotes being attributed to him. We see a lot of comments about people saying 'he needs to go back where he came from,'" Silverman says.

"And a lot of the Canadian politicians who are people of colour or who are Muslim seem to be the biggest targets right now."

Silverman says he believes there are people acting outside of Canada publishing, in some cases, completely false or unsupported stories that are having an effect on what Canadians think about the current government and politics in Canada in general.

One particular online news site, The Buffalo Chronicle, has been a source of concern for interference watchers. It has recently dipped into the Canadian political scene, seizing on the SNC-Lavalin scandal earlier this year and boasting of several "scoops." Although the site does contain factual content, some of its stories also contain significant flaws and falsehoods.

One story filed on March 11, for example, reported that Frank Iacobucci, a former puisne justice on the Supreme Court of Canada, was behind both the proposed deal for SNC-Lavalin and Ottawa's decision to buy the Kinder Morgan pipeline.

Yet these supposed scoops had no bylines and almost no clearly defined sources. 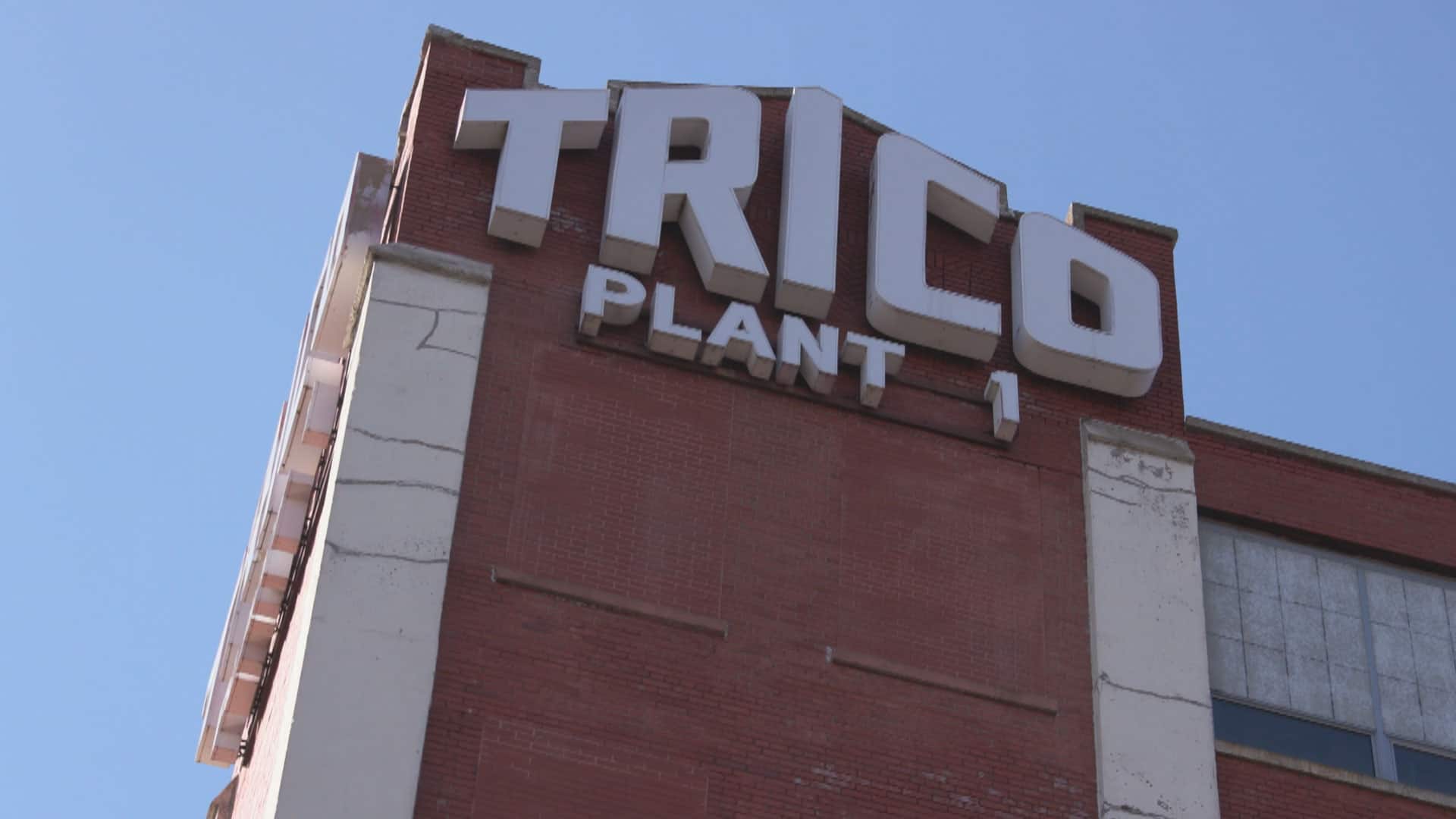 Searching for the Buffalo Chronicle

2 years ago
0:38
Adrienne Arsenault and the crew from The National travel to Buffalo, N.Y., in search of the offices of the Buffalo Chronicle news site. 0:38

Alan Bedenko, a lawyer based in Buffalo who also writes a blog of his own focused on local politics and media coverage, says he knows the publisher of The Buffalo Chronicle.

He says he is not aware of the motivation for some of the site's content, "but I can tell you that occasionally these types of fake stories that have been published on this website have gotten traction statewide, if not in some cases nationwide."

While some readers in Canada may have dismissed The Buffalo Chronicle's stories, others were clearly duped. Radio-Canada journalists Jeff Yates and Roberto Rocha tracked where the stories surfaced on Twitter and pointed to various instances where they were widely shared.

The most popular Canadian story on The Buffalo Chronicle website was shared 1,900 times and generated 7,400 interactions, such as likes and comments. It was promoted on pages such as Yellow Vest Canada, and political commentator Warren Kinsella also shared it (although later corrected the information and acknowledged it was false).

"If you're going quickly, this [content] might look legitimate if you're not asking yourself the right questions," Yates says. "But if you take a couple seconds to actually think critically about this, it doesn't stack up, it doesn't make sense."

The National reached out to the publisher of The Buffalo Chronicle to request an interview. The publisher responded with a contract containing several demands that they wanted signed before agreeing to speak, which The National declined.

Part of the mental 'furniture'

Even when misinformation is called out and shown to be false, Silverman says it's difficult to erase it entirely from people's minds once they've seen it online.

"Even if you don't necessarily decide that's true, it still becomes part of the 'furniture of yourself' up there [in your mind]," he says. "And over time, as we read similar things and are exposed to the same information, just the fact that we're familiar with it makes us more likely to think that it's true."

Facebook is a target for abuse because it's where a lot of potential voters can be found, and it has drawn criticism for not stopping the distribution of false information.

Roger McNamee, an early Facebook investor and adviser to Mark Zuckerberg, is now a forceful critic and authored the book Zucked: Waking up to the Facebook Catastrophe. He was outspoken at last month's Grand Committee on Big Data, Privacy and Democracy, hosted by Ottawa's Standing Committee on Access to Information, Privacy and Ethics.

"If your goals are to protect democracy and personal liberty, you have to be bold. You have to force a radical transformation of the business model of internet platform," he said in Ottawa.

"[Facebook] could easily have made changes in their business model so that sociologically inappropriate content does not get promoted," McNamee told The National in a recent interview.

"The problem with Facebook is people think about it like a freedom of speech issue — you know, you can't censor speech. That's not what I'm talking about. I'm talking about the fact that their algorithms amplify the most negative voices, and they do it because the business model is based on predicting human behaviour.

"And the fundamental underlying problem with Facebook, with Google and YouTube, with Instagram, is that their business model depends on exposing the worst in each of us." 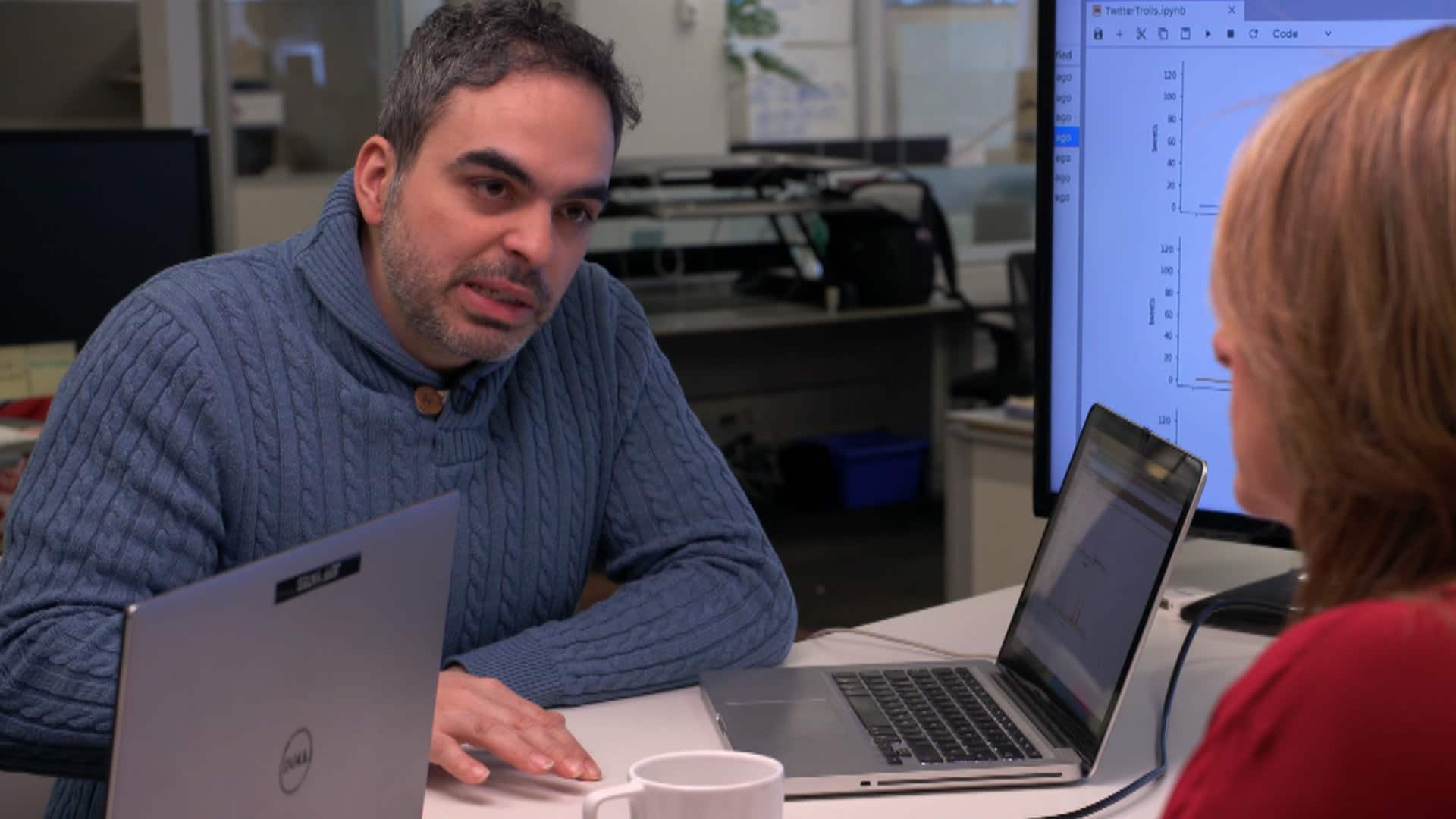 2 years ago
0:44
Radio-Canada digital journalist Roberto Rocha, together with his colleague Jeff Yates, researched raw data made available by Twitter to find distinct examples of election interference in Canadian politics. 0:44

So what can people do to determine whether something is true and when they're being manipulated?

When we react to a post or purported news story with anger, that emotion should be a red flag that the material is potentially troublesome, Owen says. "I think in an election the anger mechanism is the most powerful, because we know that anger is the most motivating emotion."

He adds that users should question the source of what they're reading and viewing, even when the material seems to fit snugly with their view of the world.

"If I am seeing things that reinforce what I know are my biases, that clearly show that my view is absolutely correct, then that is also probably being provided to me by someone who wants to torque my emotion," Owen says.

Current affairs producer for The National

Carmen Merrifield is a producer with CBC's The National. She has produced news, current affairs and documentaries for CBC throughout Canada, the U.S., Latin America, Afghanistan and Europe.