Terry Milewski on retirement: 'It's been long enough, I figure'

In an age of great cynicism about the news business and the future of media, one of Canada's best-known correspondents admits he still gets "overexcited" about the stories he's told for nearly 40 years.

'There are a whole bunch of stories that are still with me,' news veteran says after nearly 40 years 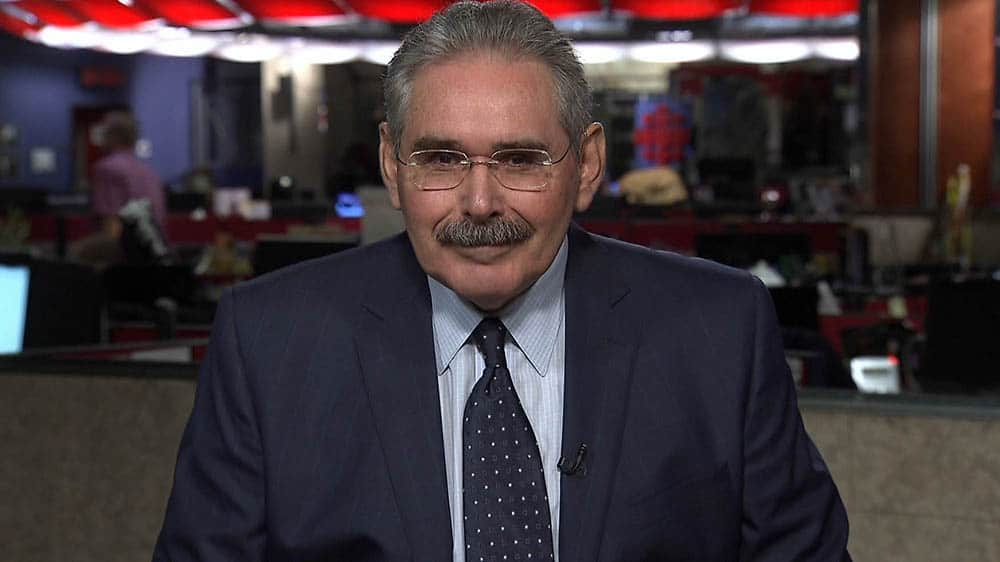 4 years ago
10:41
Veteran CBC News journalist to retire after almost 40 years. He sits down to talk about his career with Heather Hiscox. 10:41

In an age of great cynicism about the news business and the future of media, one of Canada's best-known correspondents admits he still gets "overexcited" about the stories he's told for nearly 40 years.

That's right — as the man himself would surely intone, bouncing a bit as he leans in for the key line — Terry Milewski is still prone to tearing his hair out.

And he doesn't care.

"TV likes cool," he told CBC News Network's Heather Hiscox Thursday, reflecting on the eve of his retirement after 38 years with the public broadcaster.

But he made his career on defying that, with his "overexcited" style telling anyone tempted to tune out: "You gotta hear this story."

"It's kinda childish," Milewski admits about his animated delivery. "But I can't get over it."

The good news for any viewers who can't get over the thought of Milewski, 67, no longer leading The National, is that his retirement slows things up without fully stopping.

CBC News announced Sept.19 that he will continue to be a regular contributor, writing for the website as well as popping up as an occasional guest host for flagship political programs like CBC Radio's The House and CBC News Network's Power & Politics.

His work in retirement — "it won't even be half-time," he told As It Happens last week — means he'll continue to contribute to stories he feels passionate about, but skip the drudgery of the rest.

In the early days, international stories meant setting up residence for weeks, exploring and getting to know the people whose story you were telling.

Now, changes in the news business and technology mean you're expected to get off the plane and immediately file something "before you've even got to the war," he said.

Milewski was the CBC's first Middle East correspondent, setting up its bureau there in 1986.

"Honestly, looking back on those days, the story doesn't seem to have changed very much," he said. "It's still an intractable contest between two peoples over land.

"I fear that our children will make a good living covering the Middle East conflict," he said.

He also covered Central America for many years and still misses people he met there.

Travelling now is not particularly rewarding, he said, when you're "basically a prisoner of the prime minister and his staff" on official trips.

What hasn't changed, he said, is that as a journalist "you never really get to the bottom of it."

"It's unfinished business, all of it."

Of the many stories still with him, his coverage of the 1985 Air India bombing has been particularly haunting: no closure, no justice, despite years of investigation.

Victims' families became friends. He shares their sense of sadness and loss.

Satisfaction, after a followup story about how a man who lost his wife and children in the bombing and returned to India to start a free school and eye clinic brought in a flood of contributions from viewers who wanted to help.

"News can be more than entertainment," Milewski said.

His probing coverage also got him sued by the World Sikh Organization, a dispute that dragged on for years.

Silence Milewski when he's got questions? Conservative partisans tried that during the 2011 election. It didn't work.

Listen to Carol Off interview Terry Milewski on the day his retirement was announced: (starts at 7:30)

He also clashed spectacularly with former prime minister Jean Chretien's office over his coverage of the arrests of protesters at the 1997 APEC Summit — a "long fuss" that gave everyone "grey hairs," as he now describes it, especially with his brief suspension for writing in the Globe and Mail without the CBC's permission, in an effort to defend himself.

"I certainly don't feel in any of these stories I've done my job," he said. "There's more to be done, but somebody else will have to do the digging."

He says he'll miss being part of the regular flow of daily news, and the challenge of writing quickly when news broke, particularly in this age of instant online fact-checking and reaction from the "army of Twitterers" firing away.

"Now your blunders live on," he said.

Milewski's work took him to 52 countries — "that's the ones I remember," he said — from his humble start in radio in Western Canada.

Milewski's first appearance on CBC was a freelance spot on As It Happens. "The pay was pitiful," he remembers.

His defiance of authority started early, his trademark moustache the result of a European border guard not recognizing his 18-year old self in his passport photo after he grew a beard on a youthful trip to India.

He shaved the beard, but kept the 'stache. For good.

The CBC's parliamentary bureau toasted his final day as a full-timer — one spent hosting Power & Politics, those packing boxes can wait — by donning stick-on moustaches and presenting him with a similarly-shaped cake.

The bold correspondent, defiant in the face of both danger and power, may have quivered, just a little.

"There will be revenge, later," he vowed. 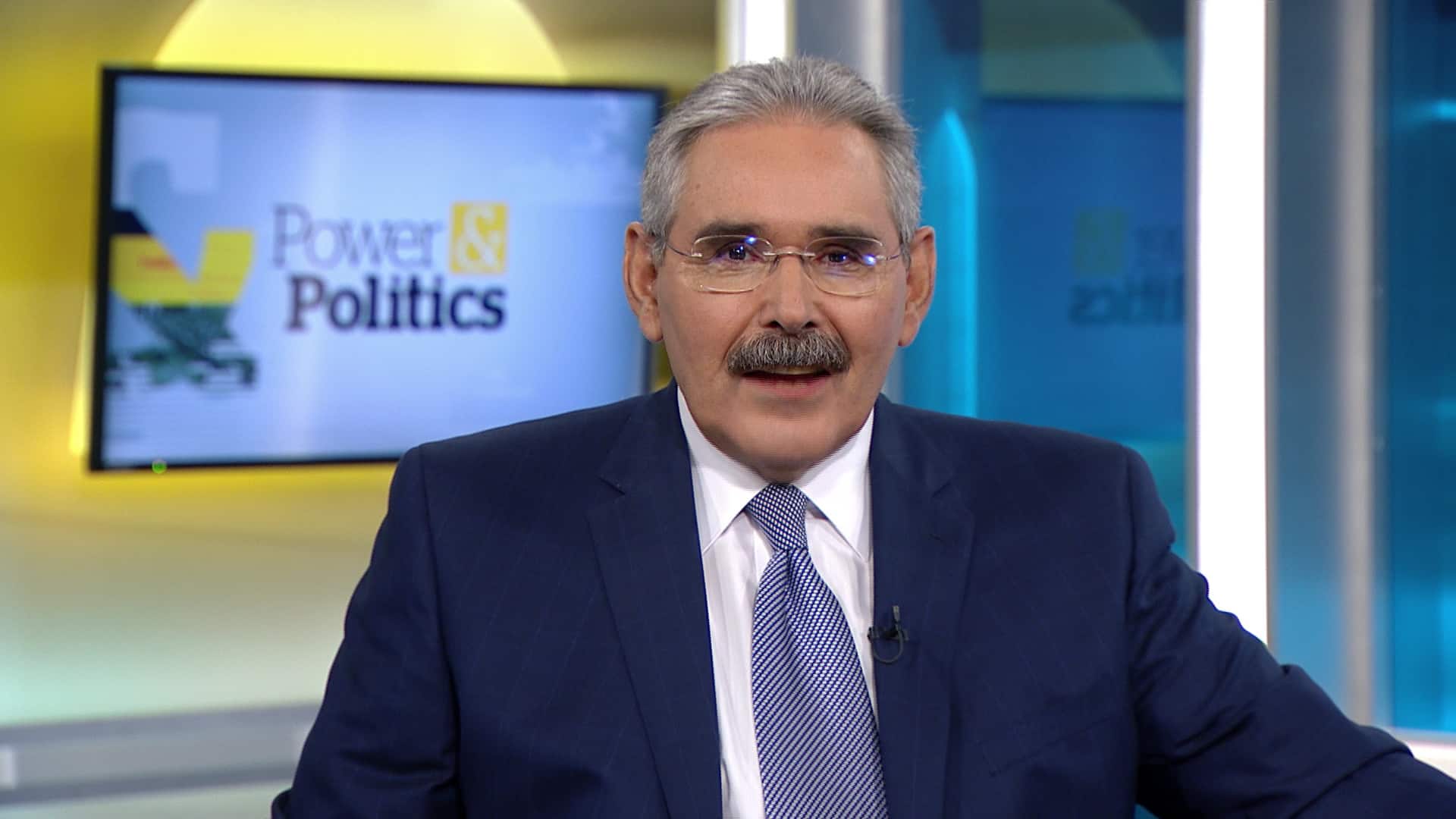 4 years ago
5:21
We take a look back at some of the veteran journalist's greatest hits in a career spanning nearly 40 years. 5:21
CBC's Journalistic Standards and Practices|About CBC News