Environment Minister Jonathan Wilkinson said today he won't rule out deferring a decision on the proposed Teck Frontier oilsands mine.

Environment Minister Jonathan Wilkinson said today he won't rule out deferring a decision on the proposed Teck Frontier oilsands mine.

"None of the options are off the table," Wilkinson told CBC's Power and Politics Monday evening. "We will be taking into account all of the relevant information."

CBC obtained a letter addressed to Wilkinson from the Athabasca Chipewyan First Nation (ACFN). In it, the First Nation suggested the Liberal cabinet take more time in deciding whether to permit the controversial oilsands mine to go forward.

The band, located north of Fort McMurray, said it has environmental and cultural concerns that still need to be addressed.

The ACFN is one of the 14 Indigenous communities that have signed agreements with Teck Resources, which wants to develop the project about 110 kilometres north of Fort McMurray.

The letter doesn't explicitly ask the government to delay a decision on the fate of the mine; however, the First Nation says time is running out for Alberta to live up to its responsibility to consult on and accommodate its concerns.

"We are still talking with Alberta and remain hopeful that progress can be made from now until the end of February," the letter states. "However, this seems increasingly unlikely within the prescribed timelines for a final decision on the project."

The author of the letter, Chief Allan Adam, did not initially respond to CBC's request for comment. But Adam, who also appeared on Power and Politics Monday afternoon, later said he would ask the federal government to "strongly" consider conditional approval of the mine if issues are not resolved. In the past, he has warned his band could take legal action if his nation's concerns aren't met.

“The only person that’s holding up the Teck Resource approval in my view...is the Alberta government,” said Chief Allan Adam of Athabasca Chipewyan First Nation (ACFN). “Jason Kenney and the UCP government for Alberta failed to accommodate ACFN’s needs." <a href="https://twitter.com/hashtag/cdnpoli?src=hash&amp;ref_src=twsrc%5Etfw">#cdnpoli</a> <a href="https://t.co/589lYmronL">pic.twitter.com/589lYmronL</a>

In July, a federal-provincial environmental panel recommended the approval of the Teck Frontier mine. The $20.6-billion project from Vancouver-based Teck Resources would disturb 292 square kilometres of pristine wetlands and boreal forest — an area half the size of the city of Edmonton — over its 40-year lifespan, although the whole area won't be mined at once.

The federal cabinet has until the end of February to make a decision. 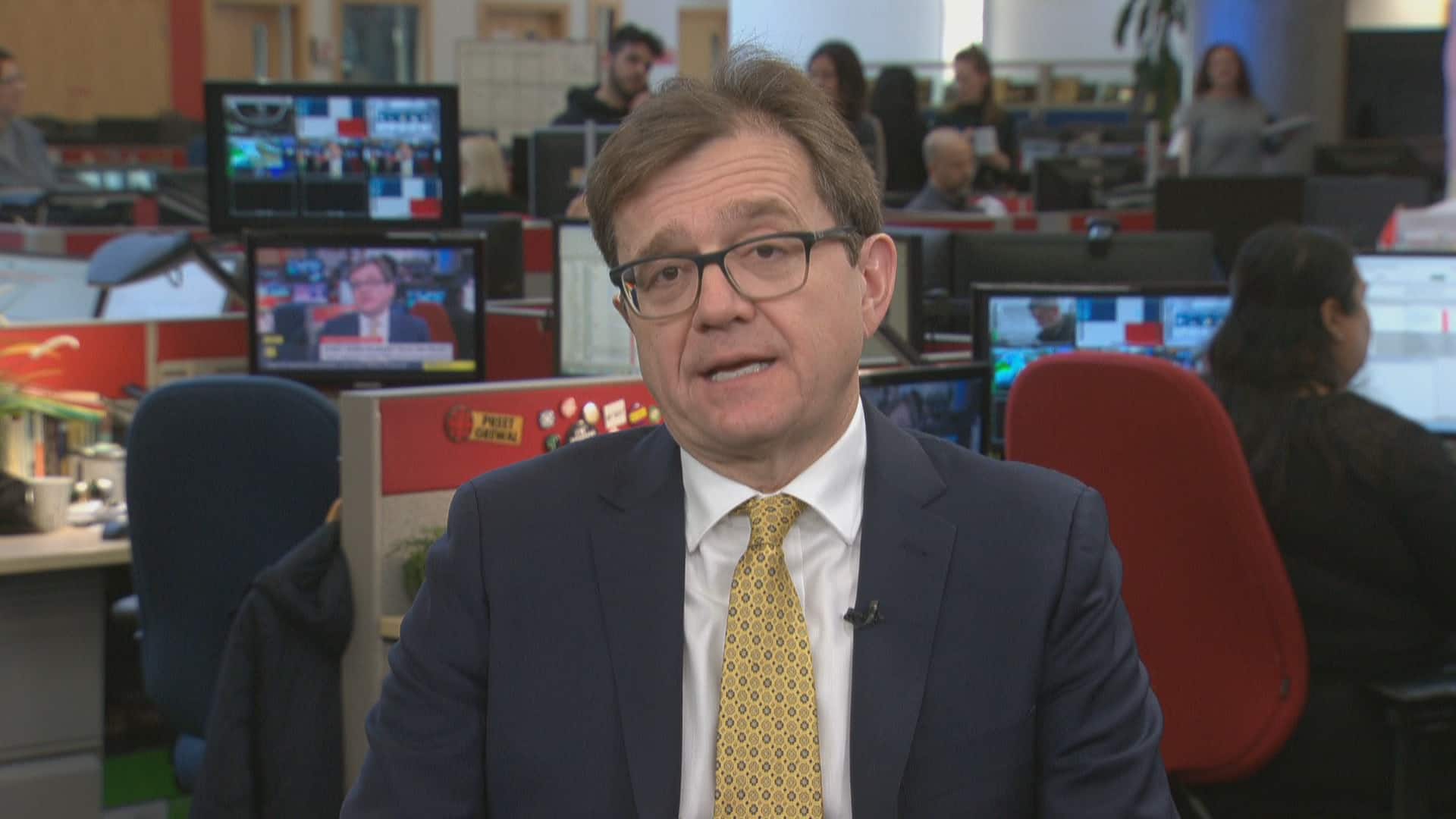 The recent letter echoes comments Adam made to CBC in December, when he accused Alberta Premier Jason Kenney of sabotaging the project by neglecting to address lingering environmental concerns.

"The Alberta government is killing its own oilsands project by not negotiating with ACFN," Adam said at that time. "We won't let Canada approve this project unless Alberta is at the table fulfilling their obligations. Because we are not just going to take hot air anymore."

The letter, dated Feb. 4, presents Alberta as an obstacle to the mine's approval. It accuses the Alberta government of being unwilling to consult on and accommodate the nation's environmental concerns.

"Canada and Teck have gone to great lengths to ensure that this [project] can be built in a socially and environmentally responsible manner," the letter says. "However, Alberta has not yet taken the appropriate actions or put the policies in place to support this goal."

In a statement, the Alberta government denied it had neglected its responsibility to accommodate ACFN's concerns, saying it has held over a dozen meetings and conference calls with the nation and its chief. 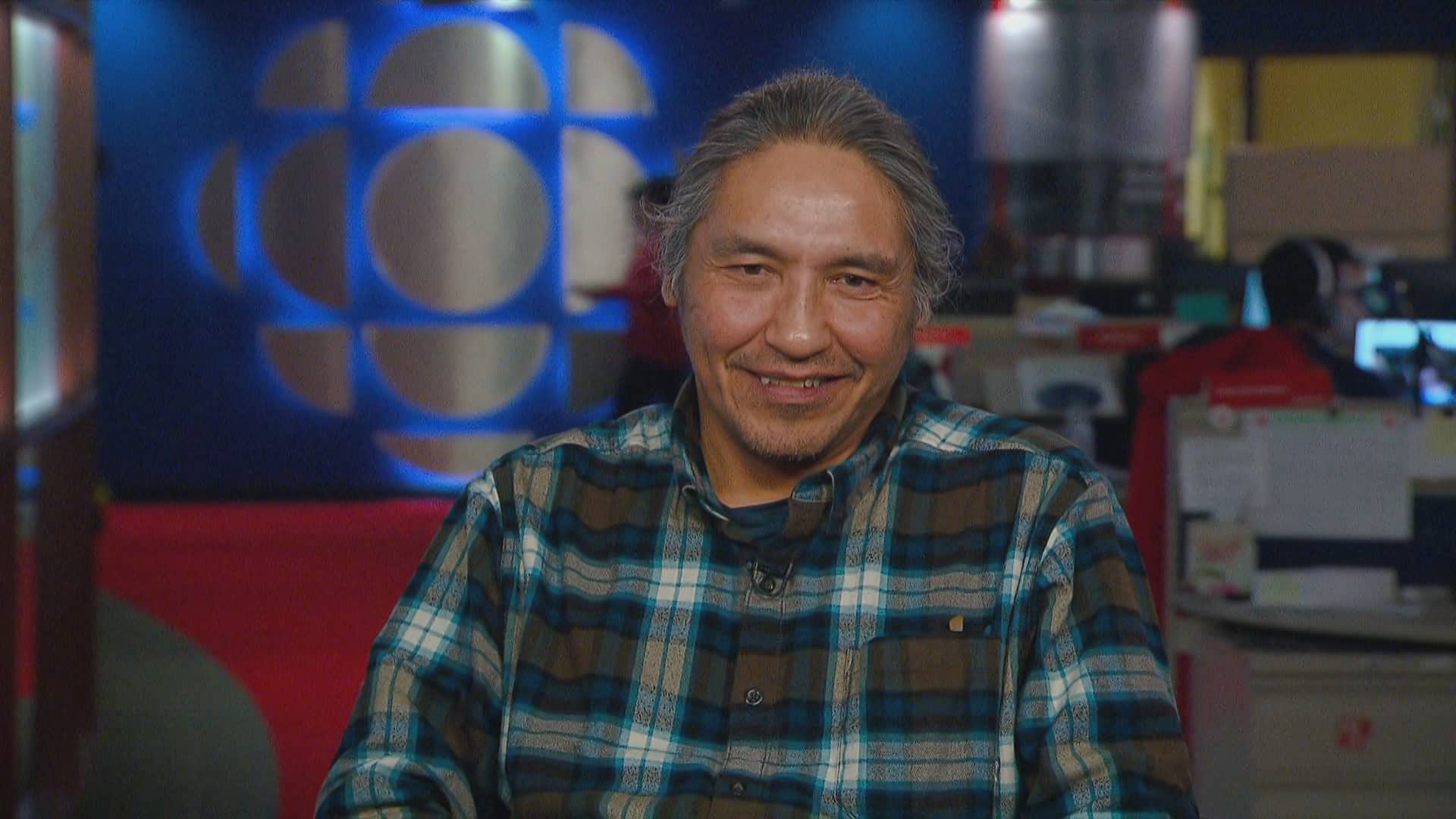 'The only person that’s holding up the Teck Resource approval in my view...is the Alberta government' | Allan Adam

"We recognize that Chief Adam intends to drive a hard bargain, as should any official representing his constituents," said Jess Sinclair, press secretary to Alberta's environment minister. "However, the Government of Alberta must carefully consider the interests of Alberta taxpayers."

Sinclair said the province continues to engage with ACFN and is open to increasing the number of water-monitoring stations, allowing for and funding Indigenous management of bison, and creating new protected areas.

Adam has said in the past ACFN's requests are not unreasonable, adding his band has sacrificed its traditional land and treaty rights over the years as the oilsands has expanded.

Letter came 'as a bit of a shock'

In Calgary today, Finance Minister Bill Morneau told reporters his government will review the letter but wouldn't say whether cabinet would take more time to decide the fate of Teck Frontier.

A federal government source said the letter came "as a bit of a shock," given that Kenney has continually highlighted the support the project has received from 14 Indigenous communities in pushing the Liberals to approve it. CBC is withholding the name of the source because the person is not authorized to speak on behalf of the government.

Kenney and his government have been urging the Liberals to approve Teck Frontier, warning recently in a news release that the project's fate will be seen as an indication of whether the Liberals want "to preserve national unity."

The government source said these issues will be a factor in cabinet's deliberations and said the Alberta government is mistaken if it feels it can neglect its obligation to address ACFN's concerns.

"Alberta appears to believe, given that we are at the 11th hour, that it doesn't have a major obligation to accommodate and resolve these concerns," the source told CBC. "But the government of Canada knows from experience the courts take a different view."

Although the government source didn't say whether cabinet will take more time to decide the fate of the Teck Frontier mine, Ian Lee, an associate professor at Carleton University's Sprott School of Business, said the writing is on the wall.

"For sure, I saw delays written in that letter, assuming that becomes accepted by the government of Canada," Lee said.

This could "buy" the Liberals time to address the concerns surrounding the controversial oilsands project, which has become a "hot potato" for the government, Lee said.

The company didn't answer specific questions about the way the Alberta government is handling accommodation with ACFN.