Your tax bill could change in 2019. Here's what to expect.

A whole host of federal tax changes come into effect in the new year. Some will hit your paycheque, others your bills — and if you're a small business owner, there are a few changes coming for which you've likely been preparing for months.

From low-income subsidies to passive cash taxation to the carbon tax, the rules are set to shift

A whole host of federal tax changes come into effect in the new year. Some will hit your paycheque, others your bills — and if you're a small business owner, there are a couple of changes coming for which you've likely been preparing for months.

Starting in January, Canadians' Canada Pension Plan contributions increase from 4.95 per cent to 5.1 per cent on earnings between $3,500 and $57,400. It's the first of five years of graduated increases running until 2023, when the rate will reach 5.95 per cent.

The increases are going to pay for what eventually will be an enhanced CPP. The Quebec Pension Plan will see similar changes.

"You can think of it as a cost right now, but you're actually going to be contributing toward an enhanced Canada Pension Plan benefit over time, ultimately leading to a higher amount of pensionable earnings," said Jamie Golombek, managing director of tax and estate planning with CIBC.

"So you're actually going to get something in return for that extra contribution."

Partially offsetting that increased CPP contribution on your paycheque will be a drop in Employment Insurance premiums, from $1.66 to $1.62 per $100 of insurable earnings.

2019 also will be the first tax year when low income workers can qualify for a more generous Canada Workers Benefit, a program intended to help the working poor stay employed.

However, as 2019 is the eligibility year, low income workers will have to wait until 2020 to get the boosted benefit.

Experts say more than half of Canadians who live in poverty are working.

"Gone is this idea, I hope ... that people live in poverty because they just need to find a job, they need to pull up their boot straps and get off their couch," said Michele Bliss of the non-profit advocacy group Canada Without Poverty. "That idea is so antiquated."

One of the big news stories of the past year and half has been the changes the federal government is making to small business taxes. The most controversial change affects the rules on how much passive income an incorporated small business can hold.

Passive income is money earned in interest on funds that sit idle within an incorporated business, without being reinvested or used to cover operating expenses. As of January 1, business owners can generate up to $50,000 in passive income before they start to lose access to the advantageous small business tax rate.

Small businesses pay a relatively low tax rate — currently 10 per cent — on the first $500,000 of business earnings. But starting in January, if those businesses hold in excess of the new limit on passive income, some of that first half-million in earnings will be subjected to the much higher corporate rate, depending on how far over the new limit they are.

The federal government's goal is to encourage business owners to reinvest their passive earnings into their businesses, or into hiring more people, rather than sitting on the cash.

"I think a lot of small businesses are still unaware that some of the changes are coming," said Dan Kelly, president of the Canadian Federation of Independent Business.

"In fact, that's one of my biggest worries. I think a lot of firms are sitting ducks for the Canada Revenue Agency."

However, the small business tax rate is going down from 10 to 9 per cent in 2019 — a move long promised by the Liberal government, one that many saw as an attempt to placate a small business community angered by the passive income changes.

"But the passive investment increases are going to eclipse any reduction in taxes that a small business might feel," said Kelly.

Still, the federal government estimates the average small business — one that has eligible business income of $107,000 — will keep an extra $1,600 per year after the cut. 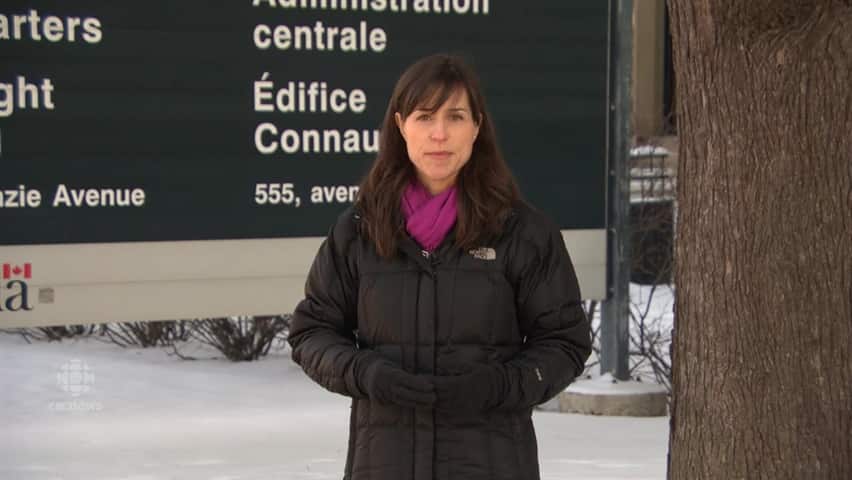 2 years agoVideo
2:37
Small businesses get a tax cut but also tighter rules on investment income, while for workers this year's federal changes are a mixed bag. 2:37

And for some really small businesses — especially those with no passive income to worry about — that tax cut will be very welcome.

"2018 was actually one of the toughest years we've had. We sell a niche product that's been copied and is now sold in box stores. So we're competing with a lot of big businesses here," said Katrina Barclay of Malenka Originals in Ottawa. Her store refurbishes outdated furniture with a special chalk paint.

Higher prices at the pump

Possibly the most politically charged tax change coming in 2019 is Ottawa's new carbon pricing system. In jurisdictions that don't have carbon pricing mechanisms of their own, Ottawa will levy a tax on fossil fuels of $20 per tonne of greenhouse gas emissions starting in the new year, rising by $10 each year to $50 a tonne by 2022.

Emissions over set limits from large, industrial emitters in provinces without carbon pricing systems will fall under the federal governments carbon pricing rules starting in January. For consumers, the cost of fossil fuels and the services they support will start going up in April.

The government estimates that, once the carbon tax is in place in the provinces where it will be imposed, the cost of a litre of gasoline will go up 4.42 cents, natural gas will go up 3.91 cents per cubic metre and propane will go up 3.10 cents a litre.

People in those provinces will get direct rebates to offset the increased costs. The amount will vary based on the province and the number of people in the household. In Ontario, for example, the rebate for the average household (defined as 2.6 people) would be about $300 a year, or about $248 in New Brunswick, or $336 in Manitoba, or $598 in Saskatchewan.

"I think the government has designed this system in a way that will prevent us from getting a big ding from the carbon pricing system," said Nick Rivers, Canada Research Chair in Climate and Energy Policy at the University of Ottawa.

In Yukon and Nunavut, consumers will see the cost of fossil fuels rise due to carbon pricing — but because the territories themselves are adopting the federal system, the revenue will go to the territorial governments, not to individual households.

Other tax and price changes coming:

Many personal income tax credit and benefit amounts are being indexed to inflation:

Karina Roman joined CBC's parliamentary bureau in 2008. She can be reached on email karina.roman@cbc.ca or on Twitter @karinaroman1