A rigorous screening process has always been central to the federal government's plan to resettle 25,000 refugees by the end of the year, says Health Minister Jane Philpott, amid security concerns after the attacks in Paris.

Paris attacks should not deter response to a humanitarian crisis, minister says 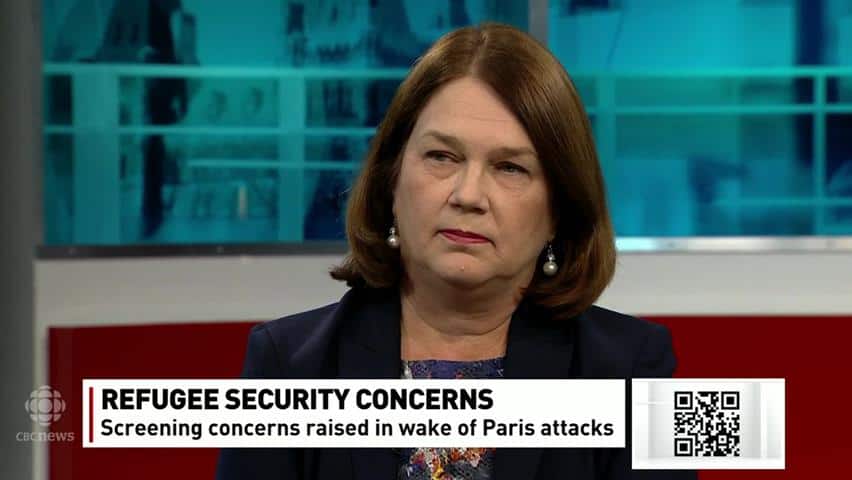 5 years agoVideo
8:40
Health Minister Jane Philpott, chair of the cabinet sub-committee on Syrian refugees, responds to concerns over the speeding up of the refugee screening process 8:40

A rigorous screening process has always been central to the federal government's plan to resettle 25,000 refugees by the end of the year, says Health Minister Jane Philpott, amid security concerns after the attacks in Paris.

"We're all devastated by what happened in Paris on Friday," said Philpott in an interview Monday on CBC News Network's Power & Politics.

"Security has always been paramount to us. No less so, of course, because of the Paris attacks," Philpott told host Rosemary Barton.

"It will always be in the forefront of our response to this, but it will also not affect our ongoing compassion and our sense that we as a country need to respond to a humanitarian crisis."

Philpott's comments come as Saskatchewan Premier Brad Wall called on the federal government Monday to suspend its plan to resettle Syrian refugees, citing security concerns in the wake of the attacks in Paris.

Canadians should "open their hearts to human distress, but not to the detriment of security," Labeaume wrote in French, adding that the Paris attacks require the need for greater prudence. 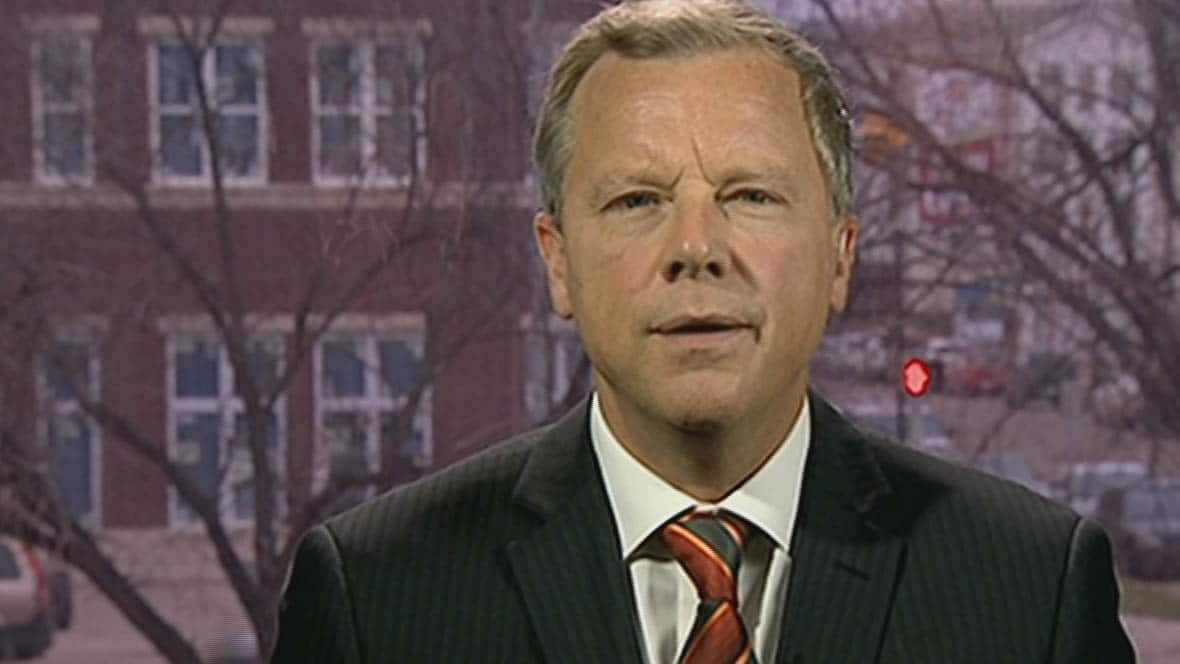 5 years agoVideo
7:55
Saskatchewan Premier Brad Wall is calling on the government to rethink its plans to bring in 25,000 Syrian refugees by the end of the year 7:55

Conservative Party Leader Rona Ambrose also called on the government not to rush the refugee resettlement in order to meet the year-end deadline.

Ambrose, who also appeared on Power & Politics, said she would rather see Ottawa resettle 25,000 refugees over a longer period of time if it means putting the safety of Canadians first.

"I think they should allow more time," Ambrose told Barton on Monday. "It was election promise, they shouldn't hold themselves to that. Keep this a practical reality."

"I don't think it's possible to meet the commitment in a way that people are comfortable with," she said

Over the weekend, Ambrose urged the government not to pull out its CF-18 fighter jets from the U.S.-led mission against ISIS in Iraq.

Not 'a major security risk'

National security expert Wesley Wark said the attacks on Paris are not a reason for the Canadian government to stop fast-tracking the resettlement of 25,000 refugees.

"I don't think there is any truth to the idea that the refugee and migrant stream contains secret ISIS supporters and jihadists who are using that flow to position themselves for attacks," said Wark in an interview with CBC on Monday.

"If you're planning an attack, particularly a major co-ordinated attack abroad, the last thing you're going to do is count on one of your attackers getting through the refugee and migrant streams."

"I don't think it's a major security risk," he said.

If you're planning an attack, particularly a major co-ordinated attack abroad, the last thing you're going to do is count on one of your attackers getting through the refugee and migrant streams.- Wesley Wark, national security expert

Ottawa University law professor Errol Mendes said Canadians should not compare the flow of migrants fleeing Syria to Europe with Canada's plan to accept refugees from a camp run by the United Nations.

Mendes said those 10,000 refugees will undergo additional security screening upon arrival in Canada, an approach "that's much more orderly, that's much more focused on security clearance than what's happening in Europe right now.

"One is an orderly refugee process," said Mendes. "The one in Europe is more like a migrant flow, which is almost unstoppable, with very little of those sort of safeguards in place."

Philpott said a number of people across various federal departments have been working to address the refugee crisis while being mindful of health and security concerns.

"Many, many people have been working in the background over a long period of time to address how this can be done effectively."

The Liberal government has come under some pressure to announce details of the plan it's co-ordinating with the provinces and territories.

Philpott said she hoped the federal government would have more details to offer soon and that the government's plan will address security concerns in a "responsible" way.

"We need to do it in a way that we will look back on years from now and say we responded to that crisis in a way Canadians can be proud of … but we will do it in a responsible way," she told Barton.

"The most important part of it is responding to this humanitarian crisis while never, ever letting down our guard on the security needs that Canadians expect us to address."

The government also has to determine where it will conduct health screenings, though Philpott would not provide specifics on Monday.

The minister, who is a physician, seems confident health concerns among the Syrian refugee population can be addressed.

"The vaccination rates have dropped off a bit, but in general they have been historically quite strong."

Philpott said she was confident the screening will be "very thorough" and that Canadian officials would be able to identify any health concerns and address them right away.