The focus of Canada's federal election campaign has shifted to the Syrian refugee crisis, after images emerged of a Syrian toddler's body washed up on a Turkish beach, and the boy's B.C.-based aunt said she had been trying to help the family resettle in Canada.

The focus of the federal election campaign shifted Thursday to the refugee crisis after images emerged of a Syrian toddler's body washed up on a Turkish beach, and the boy's aunt, who lives in Coquitlam, B.C., said she had been trying to help his family resettle in Canada.

The photos of the drowned three-year-old made international headlines Wednesday. The boy's mother and brother also drowned while trying to make the perilous journey from Turkey to the Greek island of Kos. His father survived.

On Thursday Fin Donnelly — the NDP MP for Port Moody-Coquitlam — said he had personally delivered a letter on the relatives' behalf to Immigration Minister Chris Alexander in March, asking him to grant the boy's entire family refugee status.

However the boy's aunt, Tima Kurdi, later said the letter referred to her brother, Mohammed, and his family. The boy who drowned was the son of her other brother, Abdullah Kurdi.

Conservative Leader Stephen Harper said he and his wife Laureen saw the tragic photos online and that it evoked images of their own son, Ben, frolicking at that age.

While the images were "heart wrenching," refugee policy alone is "not a solution to this problem," he said, adding that Canada will admit more refugees from the region but must also continue to "fight the root cause of the problem and that is the violent campaign being waged against these people by ISIS."

That's why Canada must stay the course, both militarily and by providing humanitarian aid to those affected by the continuing violence, he said.

"We need to help people who are actually there and can't get away. And part of the way we need to help them is to stop the awful violence that is being directed at them, displacing them and killing them."

"It is simply not acceptable to pretend that you can deal with this crisis by dealing with just one small aspect of it," Harper said, referring to calls for the government to immediately start accepting more refugees.

Harper's comments contrasted with those of the other major party leaders, who called for Canada to immediately accept more refugees.

Liberal Leader Justin Trudeau said that Canada should resettle 25,000 refugees from Syria as soon as possible, a figure he has posed on several occasions in recent months.

"All different stripes of governments in Canada have stepped up in times of crisis to accept people fleeing for their lives," he said. "Canadians get it. This is about doing the right thing, about living up to the values that we cherish as a country."

Earlier Thursday, Alexander — a Conservative candidate in Ajax, Ont. — left the campaign trail to return to Ottawa deal with the case of the Syrian family drowned while defending the government's record on accepting refugees. 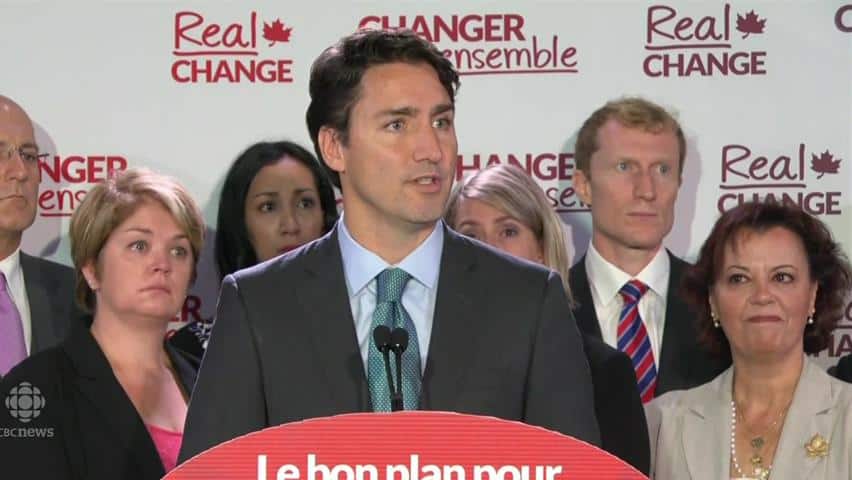 Trudeau: 'you don't get to suddenly discover compassion in the middle of an election campaign'

5 years ago
0:52
Liberal Leader Justin Trudeau responds to a question about Immigration Minister Chris Alexander suspending his election campaign to look into the Syrian refugee crisis. 0:52

"Canada has one of the most generous per capita immigration and refugee resettlement programs in the world. In fact, Canada resettles more than one in ten refugees world-wide," he said in a statement.

He also pointed to Harper's recent pledge to resettle an additional 10,000 "persecuted ethnic and religious minorities" from the Middle East.

'Canada could be doing more'

Trudeau, however, said the government has repeatedly ignored calls from opposition parties and international groups to accept more refugees from Syria and other nations ravaged by war and internal strife.

"You don't get to suddenly discover compassion in the middle of an election campaign. You either have it or you don't. This government has ignored the pleas of Canadian NGOs [non-governmental organizations], opposition parties and the international community that all believe Canada could be doing more, should have been doing more," he said. Mulcair: "As a dad and a grandfather it's unbearable that we're doing nothing."

5 years ago
3:10
Mulcair tells reporters Canada can do more to help Syrian refugees. 3:10

Trudeau spoke from Brossard, Que., where he announced that a Grit government would reverse Conservative plans to implement a toll for drivers using Montreal's Champlain Bridge. The new bridge, currently under construction, is expected to cost $4.23 billion and is scheduled for completion in 2018.

Speaking during a campaign stop in Toronto, NDP Leader Tom Mulcair said the photos will "define an era." He added that while Alexander "has some questions to answer," assigning blame will not solve the problem.

"The international community has failed. Canada has failed. I just want us to start acting now, as do all Canadians," he said.

"As a dad and a grandfather, it is unbearable that we are doing nothing," he added, fighting back tears as he spoke.

When asked about how many people he would commit to resettling in Canada, Mulcair said the government should accept 10,000 right away and move forward from there.

Mulcair was speaking at a downtown Toronto cafe, where he promised an NDP government would convene a first ministers' meeting within six months of taking office to come up with a plan and a timetable for expanding the Canada and Quebec pension plans.

Meanwhile on Thursday afternoon, the Bloc Québécois issued a statement calling for an "electoral truce" on the issue of accepting refugees from the Middle East.

"We must do our part immediately, providing logistical support and opening our doors to refugees immediately. This is a humanitarian duty," said Bloc Leader Gilles Duceppe.

Off the campaign trail, the deputy premier of Nova Scotia Diana Whalen told CBC News that the province was ready to work with Ottawa to accept more refugees. Similarly, Ottawa Mayor Jim Watson said he would be working with Toronto Mayor John Tory and Vancouver Mayor Gregor Robertson to determine "what role the municipal sector can play," in assisting the federal government to resettle more refugees in the coming months.