Of course the swearing-in of a new government should be a visibly public event, like how the U.S. does it, Neil Macdonald writes. The real question is: why haven't we done it this way more often in the past.

Of course the swearing-in of a new government should be a very public event, like in the U.S.

Well, that was all so earnest you almost expected to see cartoon bluebirds and bunnies appear the way they did in those old Disney movies, shyly returning our new prime minister's love.

Before Justin Trudeau plunged into the selfie ocean outside Rideau Hall, he provoked cheers by declaring that "the future of our country is deeply wrapped up in a positive future for our young people," and that the "diversity that makes this country so strong is a diversity of views that will carry us forward."

Also, Canada will strive "always to be a positive voice on the world stage, building the kind of future not just for Canadians, but for everyone on this planet that we know people expect."

I don't mean to sound mingy on such an auspicious occasion, I just want to try to keep applying the same journalistic template. I mean, imagine the ridicule if Stephen Harper had said any of the foregoing?

That said, there's a reason everybody at Rideau Hall, from the PM to the VIPs in the audience to the crowd standing outside, were so happy-looking they could have made a Pharrell Williams video: the whole event was done right, period, end of story. That's it, that's all.

Of course the public should be invited to the swearing-in of a new government, and of course there should be big screens showing the exercise in democracy unfolding, and what better way is there for the PM and his new cabinet to arrive than by strolling up the driveway through the crowd on a lovely fall day?

Watching it all, you had to wonder why it hasn't always been this way.

It is in America; the president takes his oath on the steps of the Capitol with a million or so people on the National Mall, and he gets out of the limo and mixes on the way back to the White House.

For that matter, why doesn't the outgoing prime minister attend the swearing-in of the new one?

The Americans rightfully make a point of staging a peaceful, public transfer of power, something that is a rather recent phenomenon in the history of government.

The former president is always a few seats away when the new one raises his hand.

And of course there should be as many women as men in cabinet. Or more, for that matter.

And of course there should be a healthy percentage of ethnic ministers, too. Whites are a minority in two of the country's largest cities, after all.

As Trudeau shrugged and said in the nicest moment of his news conference (another refreshing thing, these news conferences of his): "Because it's 2015."

What possible argument is there to the contrary?

The merit-and-experience thing? That argument was never grounded in reality. 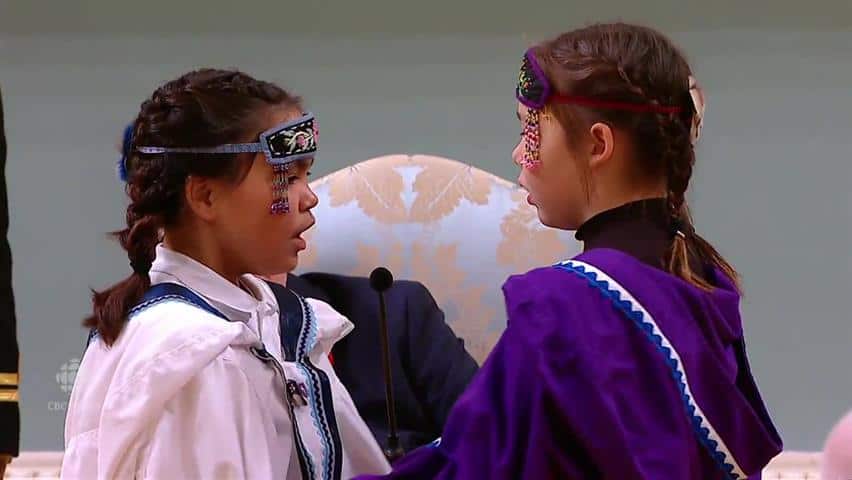 First of all, as was noted in today's coverage, and as has been demonstrated many times over the decades, merit is hardly the deciding factor in making it to cabinet. Sometimes it's not a factor at all.

If you're the only MP in the caucus from, say, Saskatchewan, you're in. The whole country needs a seat at the big table.

Second, Canada has a permanent public service, composed of non-partisan experts, whose job it is to provide the minister with good policy options.

The minister's job is to listen, and then reflect the will of the government. Just about any MP can do that, to one extent or another.

Expertise is not necessary. Remember the scene in Yes, Minister when the hapless minister, Jim Hacker, asks Bernard, his public-servant principal secretary, where his loyalty would lie "when the chips are down," and Bernard answers: "Minister, it is my job to see that the chips stay up."

The point is that while it's nice for a cabinet minister to be a brilliant leader or a policy wonk, she (or he) doesn't have to be.

There is one portfolio, though, where the minister has to know his department's onions.

Which is why it's probably a good thing that Bill Morneau, the new minister of finance, is a former corporate CEO and ran an economics think-tank.

He would know the difference between fiscal and monetary policy (don't laugh; a lot of politicians don't, nor a lot of reporters either for that matter).

Numbers are pitiless rocks upon which election promises can shatter. Paul Martin discovered that when he arrived at Finance in 1993 determined to cancel the GST.

The patient Brahmins at the department explained reality to him; Martin yelled and swore and is rumoured to have thrown something at one point, but it didn't matter. The tax stayed.

And Martin, a former CEO himself, went on to do a pretty credible job of turning around the government's finances.

Morneau is likely going to find himself in much the same position.

His boss gave him some political room by making it clear during the campaign that a Liberal government would run a "modest" deficit for the first few years.

But Stephen Harper's government was already on track for a deficit this fiscal year, according to the parliamentary budget officer, perhaps even a more-than-modest one.

Which means that in order for the government to keep all its election promises, Trudeau and Morneau may have to run quite a substantial deficit.

And as any former finance minister will tell you, once you run one, it's really hard not to run another.

By then, of course, the indulgent smiles will have faded, and nobody will applaud wildly when the prime minister proclaims his intention to "earn Canadians' trust by demonstrating that we trust Canadians."

For the time being, though, good on Justin Trudeau. Reporters should happily declare a pro-transparency, pro-inclusiveness, pro-democracy bias.

Opening up the club's doors should be taken as an absolute, not just relative, good.