Supreme Court of Canada Chief Justice Richard Wagner says legal aid is "essential" to ensuring the justice system is fair and efficient for all.

His remarks come as Ontario Premier Doug Ford is facing sharp criticism for slashing funding for legal aid by 30 per cent. This year's provincial budget cut Legal Aid Ontario by $133 million and said the organization could no longer use provincial funds for refugee and immigration cases.

Wagner, answering questions from reporters in Ottawa in an end-of-session news conference, declined to comment directly on a political decision made by an elected official. But he stressed the importance of governments adequately funding programs to ensure access to legal representation for the most vulnerable people.

Wagner said research in the U.S., U.K. and Australia has shown a 6 to 1 return for governments from every dollar spent on legal aid.

A report from the Canadian Bar Association in 2016 said no such Canadian study exists, but pointed to other international research that found every $1 investment in legal aid leads to $6 in savings on public spending for such things as income supports and shelters, through the speedy resolution of legal disputes.

Wagner said the justice system has been underfunded for 40 years and the 2016 Jordan decision was a "big alarm" for governments to invest more heavily in the system.

The ceilings were established by the Supreme Court to uphold an accused person's charter right to a timely trial, as clogged courts struggle with chronic delays.

In his opening remarks Thursday, Wagner called on all actors in the legal profession to take more "real, tangible steps" and urged governments to spend the money to ensure the justice system works for all Canadians.

"We should strive for adequate justice for all, not perfect justice for an exceptional few," he said. "So instead of access to justice, these days I'm thinking more in terms of action for justice.

"By that I mean real, tangible steps, and funding, to make justice happen. Access, real access, depends on action and the funds to pursue that action."

Carissima Mathen, a law professor at the University of Ottawa, said government funding for legal aid not only helps marginalized and poor people access justice, it also leads to less waste of court time. When people are forced to represent themselves because they can't afford a lawyer, she said, it slows the process down and clogs the docket.

"It's really important for the state in certain kinds of cases to ensure that people have access to legal services at a reasonable cost," she said.

"Criminal law is the most obvious example because your liberty is at stake, but there are other areas of law too, such as family law, areas where people are very vulnerable."

In a statement to CBC, Legal Aid Ontario said it agrees with Wagner that the aid program is a vital part of the justice system.

"Access to justice is for everyone, and that's why offering legal services to low-income Ontarians is at the centre of our work," it says.

During the news conference, Wagner outlined some of the steps the Supreme Court is taking to make it more accessible to Canadians.

Last year, the high court began releasing summaries of judgments in plain language to make them more easily understood by Canadians. This fall, justices will take the court on the road, travelling to Winnipeg in September to hear two separate cases.

Wagner also spoke about retired Justice Clément Gascon, who revealed in a statement issued after he was reported missing by Ottawa police that he'd fought a long battle with depression and anxiety.

The chief justice said it was a difficult period for the court, but the incident helped break down the stigma long associated with mental illness.

"I've always supported him and I'm tremendously proud of the way in which he revealed what was happening to him. The time when we could no longer talk about things is gone, is over," he said. 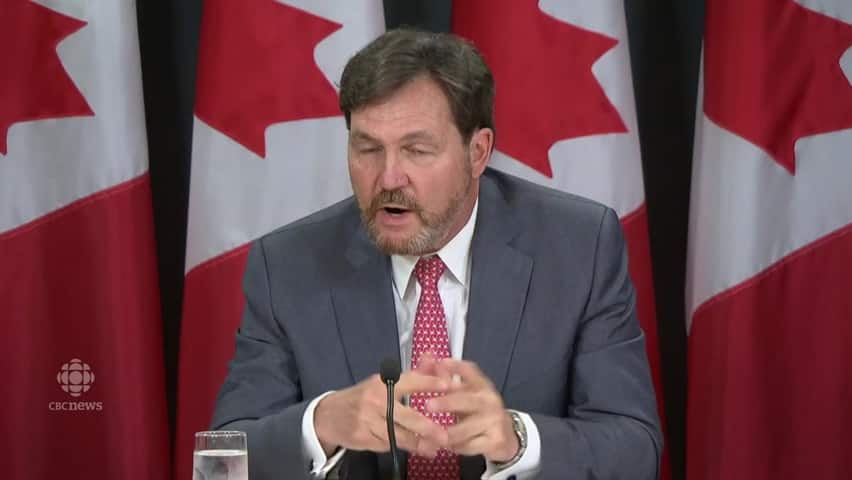 2 years ago
1:42
Chief Justice Richard Wagner responds to a question about the importance of legal aid, especially in light of recent cuts to legal aid by the Ontario government. 1:42

With files from the CBC's Hannah Thibedeau