The 73-year-old jurist, appointed by former prime minister Brian Mulroney in 1989, is the first woman to hold the top job on the country's highest court.

Canada's longest-serving chief justice of the Supreme Court will retire from the bench on Dec. 15, 2017.

In a statement sent to reporters Monday, Beverley McLachlin said she would leave the court after serving for 28 years, including 17 years as the presiding judge.

"It has been a great privilege to serve as a justice of the court, and later its chief justice, for so many years. I have had the good fortune of working with several generations of Canada's finest judges and best lawyers. I have enjoyed the work and the people I have worked with enormously," McLachlin said.

The Alberta-born lawyer presided over a period of considerable constitutional challenges to federal legislation as well as a very public disagreement with former prime minister Stephen Harper over one of his appointments to the top court.

In 2014, Harper's office suggested McLachlin had behaved inappropriately by trying to flag potential problems with the proposed appointment of Federal Court Judge Marc Nadon to the Supreme Court.

A court challenge of the appointment resulted in a ruling that Nadon didn't meet the specific criteria for Quebec judges laid out in the Supreme Court Act, which could have been avoided had then-justice minister Peter MacKay accepted her warnings about Nadon's eligibility. Justice Clement Gascon was later appointed in his place.

The public criticism prompted a rare statement from McLachlin saying she had not tried to weigh in on Nadon's appointment.

"She has been a judicial leader and trailblazer for almost four decades. She is one of Canada's very finest jurists ... her contributions reach into every part of our law. Canadians owe her an immense debt."

Trudeau must now pick a new chief justice and appoint another member to replace McLachlin on the bench. By convention, the new justice is likely to hail from western Canada to ensure continued regional representation.

The Liberal government announced a new appointments process last summer with the creation of an advisory board chaired by former prime minister Kim Campbell. In announcing the changes, Trudeau said any qualified Canadian lawyer or judge who is functionally bilingual and "representative of the diversity of our great country" can apply for the top court. Newfoundlander Malcolm Rowe was the first justice selected to serve under the new appointment process. 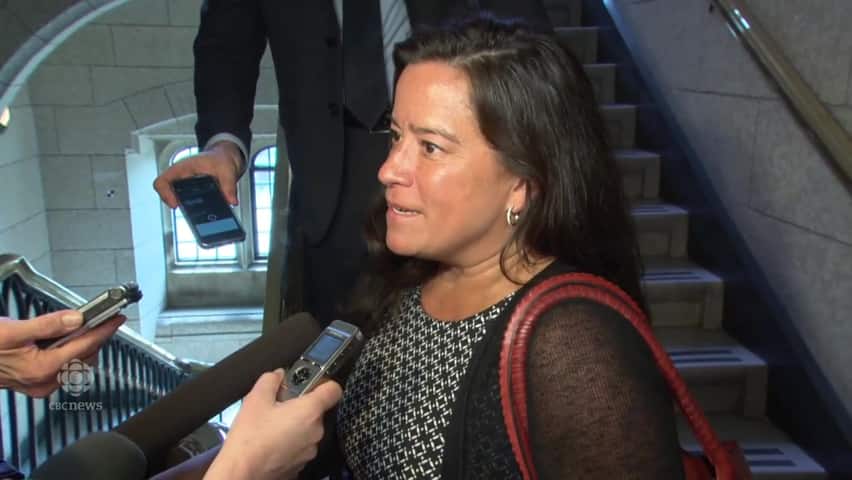 "I think questions about the replacement of the chief justice are questions for tomorrow, today is a day to celebrate her legacy and what she has contributed to her country and its evolution. I'll be forever grateful to have had the opportunity to work with her," said the cabinet minister, a former Assembly of First Nations regional chief in B.C..

"She's a trailblazer of many sorts ... and a progressive force in terms of Indigenous peoples and the advancement of reconciliation and recognition."

McLachlin hard to pin down politically

After taking over from Antonio Lamer as chief justice, McLachlin advocated for "dialogue" between the court and legislators, in which laws found to be unconstitutional by the courts are sent back to the legislative branch to be reworked to ensure Charter compliance. For example, in 2013, the court struck down the country's anti-prostitution laws but gave Parliament one year to come up with new legislation.

McLachlin was often hard to pin down politically. During her tenure, the court became a champion of Indigenous rights and title. She was the lone dissenting judge in the Sue Rodriguez case of 1993, arguing strongly that a prohibition on assisted suicide was unconstitutional.

But she was also seen to have libertarian leanings, standing against a near-total ban on tobacco advertising in the landmark RJR-McDonald v. Canada case on the grounds of protecting free expression. She also refused to ban parents from administering corporal punishment.

She was also mindful that court decisions could have profound impacts on government coffers. In the 2004 Auton v. British Columbia case, for example, she ruled that it was not unconstitutional for B.C. to discriminate against children with autism by denying intensive behavioural therapy. She argued "funding for all medically required treatment" is not a fundamental right.

Moreover, McLachlin, the daughter of prairie farmers, encouraged the court's nine justices to come to a consensus, which resulted in a rate of unanimity substantially higher than that of the U.S. Supreme Court.

Mulroney said Monday his appointee has "performed so well under difficult circumstances," and dismissed criticism from some Conservatives that she has been too activistic in her approach. "She was just doing what the constitutional amendment of 1982 told her to do," he said, speaking of the introduction of the Charter of Rights and Freedoms.

"I think her greatest achievement probably wasn't a particular case, rather it was that she provided such strong leadership, in a collegial and widely admired fashion across Canada by lawyers, judges and many politicians," he said in an interview Monday on CBC News Network's Power & Politics, adding McLachlin has played a strong leadership role in the "evolution of Canada."

McLachlin was an outspoken advocate for judicial expediency. Last summer, the Supreme Court set new rules for how quickly a case should be resolved. The R v. Jordan ruling stipulated provincial court trials must be completed within 18 months and higher level court cases within 30 months. After those time limits the accused parties can apply to have their cases stayed.

"It's a constitutional right that everyone has in Canada to be tried within a reasonable time and that's what the Jordan decision said must be upheld," McLachlin said in an interview with CBC News last month.

Raybould-Wilson said McLachlin has been a "tireless champion of Canadians' right to a fair, accessible and efficient system of justice that responds to their needs and aspirations."

Under the Judges Act, a justice faces mandatory retirement at the age of 75.