Manitoba Conservative MP Steven Fletcher spoke out Tuesday in support of assisted suicide, a position not supported by the federal government. 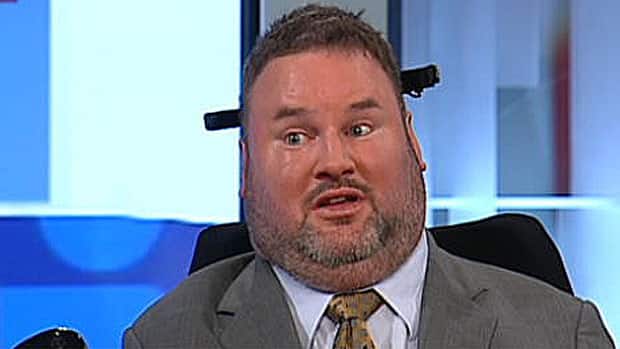 Manitoba Conservative Member of Parliament Steven Fletcher spoke out Tuesday in support of assisted suicide, a position not backed by the federal government.

Speaking on Power and Politics with Evan Solomon, Fletcher, who is a quadriplegic, said: "At the end of the day, I want to be in power to make the best decisions for myself. I'm a disabled Canadian, I don't want someone telling me what I can or cannot do. Actually, it doesn't even matter if I'm disabled. If I was an able-bodied Canadian, I wouldn't want people to tell me what I can or cannot do."

"Life can be very tough. And when you can't breathe, can't speak and you can't move, fully conscious — I've gone through that, for months. I knew I was going to get better, but if it was going to go the other way — yeah, I would ask for that," he said, referring to assisted suicide.

The debate on assisted suicide resurfaced following the release of an impassioned YouTube video of Dr. Donald Low, the microbiologist credited with guiding Toronto through the 2003 SARS crisis, shot eight days before he died of a brain tumour. In the video, Low makes a final plea for Canada to change the law to allow assisted suicide.

It is currently illegal in Canada to aid or counsel suicide. Assisting suicide is an offence punishable by up to 14 years in prison.

Paloma Aguilar, a spokesperson for Minister of Justice Peter MacKay, said Tuesday that the government has no intention of re-opening the debate on assisted suicide.

Hugh Scher, a lawyer with Euthanasia Prevention Coalition, said there have been numerous bills on the issue introduced into Parliament, with the most-recent one defeated handily.

Scher said there are serious concerns about protecting seniors, vulnerable people and people with disabilities.

"Those override, if you will, the significance about implementing a measure that would really be applicable to a select few," he said.