Stephen Harper to bow out of federal politics before next fall

Stephen Harper will bow out of federal politics before Parliament resumes in the fall to pursue new business interests. 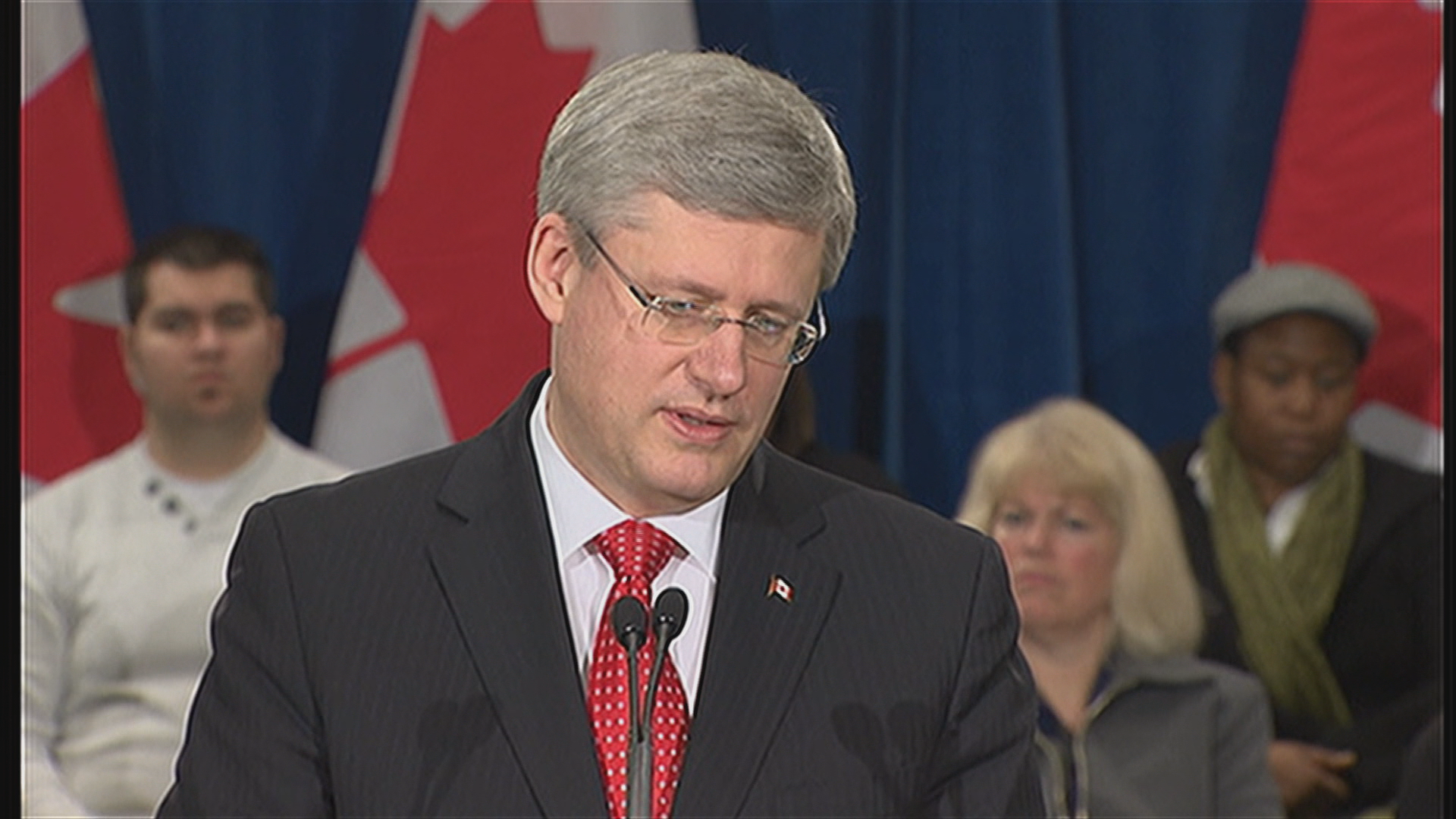 Stephen Harper to resign as MP

6 years ago
Duration 2:05
Stephen Harper is quitting politics. What will the former Prime Minister do next?

Stephen Harper will bow out of federal politics before Parliament resumes in the fall to pursue new business interests.

Harper, who served as prime minister for nearly a decade, is deciding his future as the Conservative Party prepares to meet for its national convention in Vancouver starting Thursday.

The news of Harper's pending departure was first reported by the Globe and Mail.

Conservatives will honour Harper with a tribute Thursday night before they look to chart a new course for the party he helped create. Harper is expected to deliver a short speech, which sources say will be a personal one and will include touches of humour,  following the tribute.

But don't expect Harper to discuss life after politics.

"He will be speaking on Thursday, but he won't be speaking about his future plans," said Rachel Curran, one of Harper's confidants and a former PMO policy director. "He will be talking about the last 10 years, and what work the party still has to do, that will be the focus."

Sources tell CBC News Harper will also likely speak about the Trans-Pacific-Partnership trade deal. Insiders suggest there is concern Harper's years of work on the file could be lost, depending on the outcome of the U.S. election. The Liberal government hasn't yet signed off on the deal either, as it continues to study it.

Harper was originally reluctant to address the party convention and only agreed after an approach by interim party leader Rona Ambrose, according to the sources.

Not a surprise: Soudas

At least one of Harper's former staffers said he was anticipating this development.

Dimitri Soudas, who served as Harper's director of communications from 2010-11, told CBC News, "I don't think it comes as a surprise to anyone that he is stepping down."

Soudas said he predicts Harper will officially announce his departure by the end of June.

As for what's next, Soudas expects Harper to focus on global issues. "He really excelled when it came to foreign policy decisions... expect to see him more on the international stage than domestic," Soudas said. He also anticipates Harper will continue to advocate to expand Canada's trade.

"When you look at his track record... with the European Union, South Korea... he's the boldest free trader since (former prime minister) Brian Mulroney," Soudas said.

Curran agreed that Harper will likely be quite active in his private life. "He's still a young guy, with a lot of energy. He's not going to put his feet up and collect company directorships."

Harper stepped down as leader following his party's defeat in last October's federal election, but was re-elected as the MP for Calgary Heritage.

The former prime minister has since kept a low profile but has shown up in the Commons for key votes.

Harper was in attendance as recently as last week, when Prime Minister Justin Trudeau's physical encounter with two opposition MPs resulted in a melee on the floor of the Commons.

"I think he found it a little bit amusing, as did others in the chamber" Curran said, but added "he did not have any other comments."

Harper lives in Calgary with his wife Laureen and daughter Rachel. His son, Ben, is studying at Queen's University in Kingston, Ont.

Harper was first elected to Parliament in 1993 as a Reform MP, but chose not to stand in the next election. He returned to the House of Commons in a by-election in 2002, and two years later won the leadership of the Conservative Party after the merger of the Canadian Alliance and Progressive Conservatives.