Niqab ban for public servants would be considered: Stephen Harper

Conservative Leader Stephen Harper says his government would consider banning public servants from wearing the niqab, but rejects the suggestion that recent assaults against Muslim women should stifle debate about the issue. 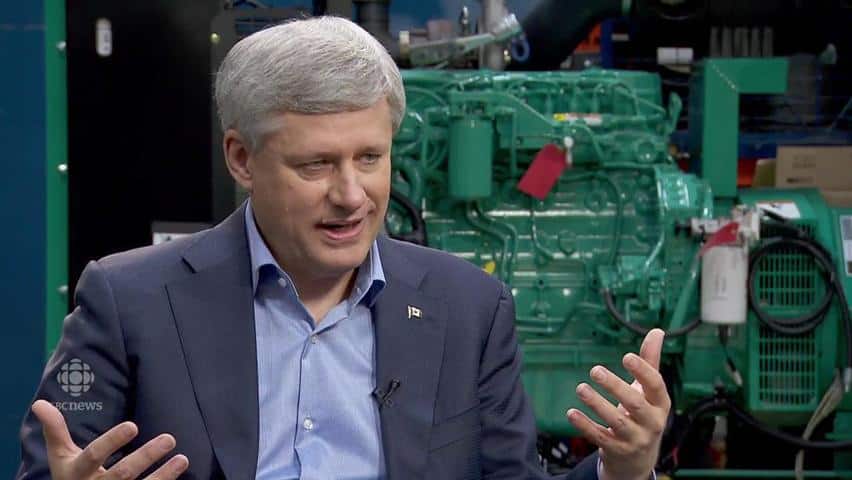 5 years agoVideo
13:16
Stephen Harper sits down for a one-on-one interview with Power & Politics to discuss the niqab, identity politics, TPP and his leadership. 13:16

Conservative Leader Stephen Harper says his government would consider banning public servants from wearing the niqab, but rejects the suggestion that recent assaults against Muslim women should stifle debate about the issue.

"Look, I don't think you can use that kind of thing to discredit legitimate political debate," Harper said in an interview with CBC's Rosemary Barton, host of Power & Politics, at a manufacturing company in Mississauga, Ont.

"Violence against women is unacceptable, which is why our government has brought forward laws to crack down on such violence."

The Conservatives' steps to ban wearing a niqab while taking the citizenship oath, along with the campaign pledge to create a "barbaric cultural practices" tip line, have led some to accuse the party of engaging in identity politics and fuelling anti-Muslim sentiment.

The latest niqab controversy arose after Zunera Ishaq, a Muslim woman, went to court to challenge the government's ban. On Monday, the Federal Court of Appeal denied the application for a stay of the Federal Court ruling in favour of Ishaq, clearing the way for her to wear a niqab during a citizenship ceremony.

There have been at least two recently reported assaults on Muslim women in the wake of the niqab controversy. Two teenagers on their bikes came up behind a pregnant Montreal woman and tried to rip off her hijab, causing her to fall. Another woman said she was "singled out" and elbowed by a man in a Toronto mall for wearing a niqab.

In an interview Tuesday with CBC Radio's The House, Liberal Leader Justin Trudeau said the public debate over the niqab has become too heated, and he made an appeal to Harper.

"To the prime minister directly: Stop this before someone truly gets hurt. We've had women attacked in the streets for wearing hijabs and niqabs. This is not Canada," Trudeau told host Chris Hall. 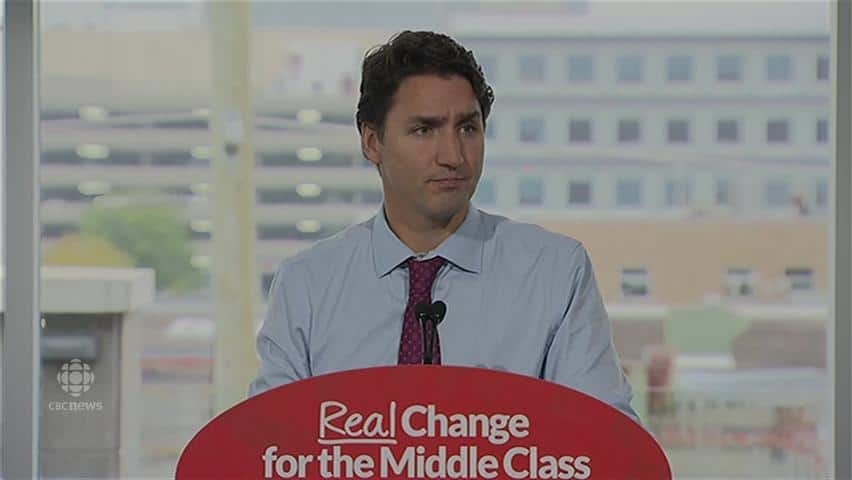 Asked about the possibility of banning niqabs for public servants, NDP Leader Tom Mulcair said it contradicts what Treasury Board President Tony Clement said in March, when Clement told iPolitics that women are free to wear niqabs in public service.

"I can tell you that in my 35 years of public service, I've never seen anybody like that," Mulcair told reporters in Surrey, B.C.

Harper was asked why the government should be able to tell people like Ishaq how to dress and how to live.

He said that the government is trying to promote the broad view that Canada is an open and equal society and that there are times when people must reveal their identity. 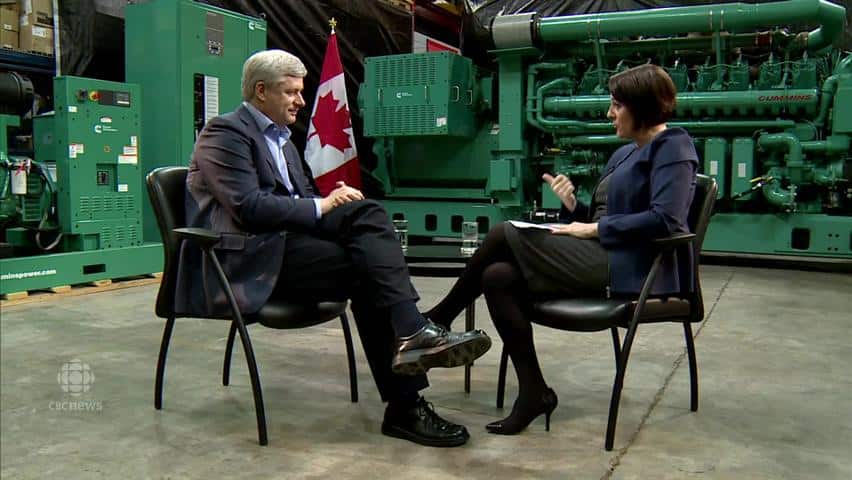 Stephen Harper: We are on side with Canadians on the niqab issue

5 years agoVideo
3:20
Stephen Harper discusses the politics of the niqab in his federal election campaign with Rosemary Barton, host of Power & Politics. 3:20

'A matter we're going to examine'

Barton asked Harper whether public servants should be allowed to wear the niqab.

"That's a matter we're going to examine," Harper said. "Quebec, as you know, has legislation on this. We're looking at that legislation. But as I say, we're a society of openness and of equality and this is what we want to promote."

Harper, whose government is taking the niqab issue to the Supreme Court, said his party is united with public opinion on this issue. He said it's the other parties who have made this an issue.

He acknowledged there were many times during the years of negotiations that he believed a deal couldn't be reached.

"Probably only in the last six, seven, eight months that I thought, 'Yeah, you know this is starting to actually come together."

While the deal announced Monday will provide more access to international markets for Canadian exporters, it will result in lost revenue for Canadian farmers. The government announced it would be protecting supply management with a $4.3-billion compensation package to minimize the effects on the dairy, poultry and egg industry. 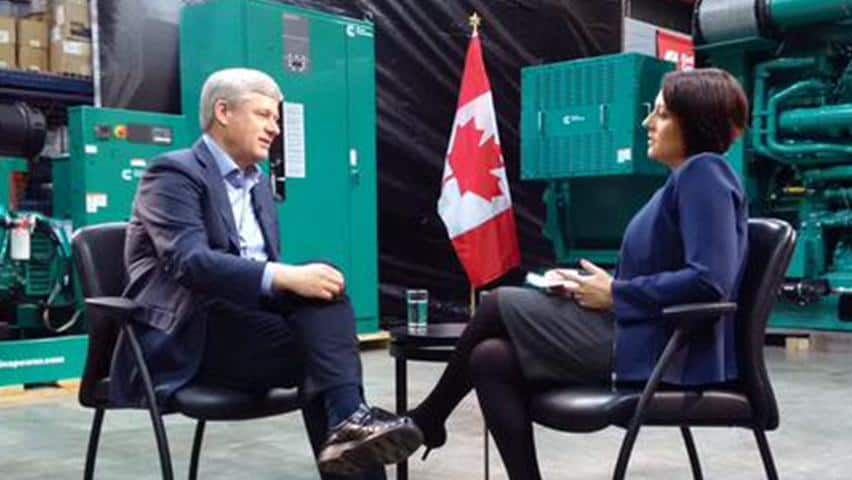 Stephen Harper on TPP: 'We got a good deal'

5 years agoVideo
0:54
The Conservative leader was interviewed by Rosemary Barton today at a manufacturing company in Mississauga 0:54

Harper said his government had made commitments to supply management farms, which he said are the backbone of the economy in many rural regions.

The TPP deal will eliminate many tariffs across a range of consumer goods, Harper said, adding that the biggest gains are on the side of workers and export businesses.

Nothing will 'magically balance the budget'

"Once you lose the anchor of a balanced budget, you're always under pressure to spend more and not cover it. And we don't need to go back to that," he said.

"Nothing is going to magically balance the budget after three years," he said.

Asked why he wants another mandate as prime minister, Harper said it's the best job in the best country in the world, but that Canada still faces global economic turmoil.

"We've come out of this global economic turmoil in pretty good circumstances. I think we have in this country a tremendous opportunity to now solidify the gains that we have made."

"I think we have a tremendous opportunity to really launch this country into many decades of prosperity, and I want to see that story through."