Elected Wet'suwet'en chiefs are asking for the immediate resignation of Crown-Indigenous Relations Minister Carolyn Bennett over an agreement between Ottawa, B.C. and hereditary chiefs, which they claim was drafted without their consent. 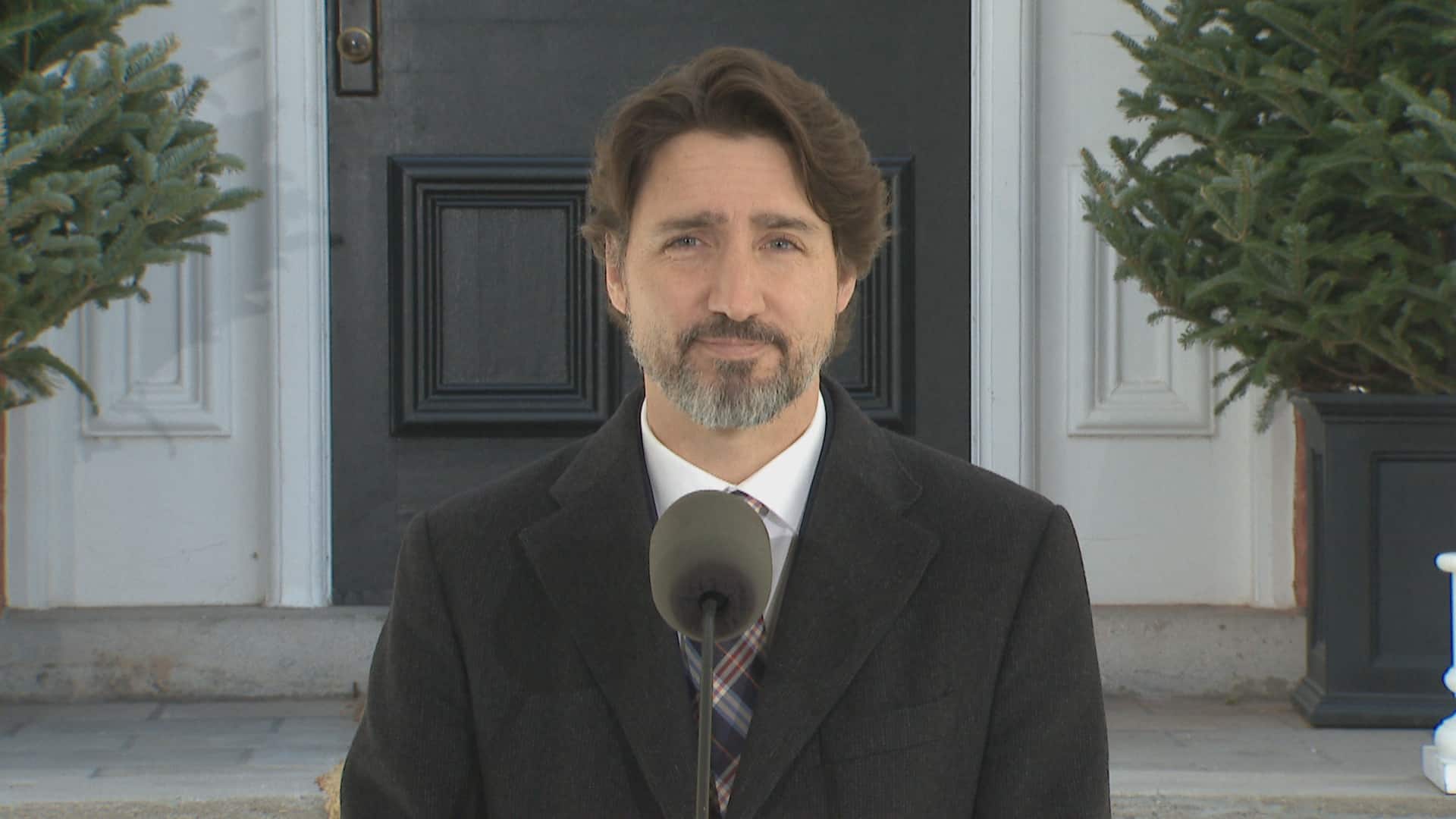 Prime Minister Justin Trudeau expressed confidence in Crown-Indigenous Relations Minister Carolyn Bennett today — sidestepping a question about elected Wet'suwet'en chiefs demanding her resignation over an agreement between Ottawa, B.C. and hereditary chiefs they claim was drafted without their consent.

"I want to begin by thanking Minister Bennett for the extraordinary work that she has done over the past months and continues to do on a very difficult issue that ... has gone on for decades now," Trudeau said.

"The challenges facing the Wet'suwet'en are significant in terms of how they engage and how they work with the federal government and we will always be there ... as a partner, to listen, to work with them, and to continue moving forward on the path to reconciliation and partnership."

In a joint statement released Monday, four elected chiefs called on the B.C. and federal governments to reject the memorandum of understanding (MOU) on rights and title with hereditary chiefs and restart the negotiation process to include the elected leadership.

The draft MOU lays out the steps to transfer jurisdiction of Wet'suwet'en territory to traditional governance, including land, water and revenue-sharing. The agreement would give hereditary chiefs significant leverage over future resource development according to a copy of the document obtained by CBC News.

During today's special House committee on the COVID-19 pandemic, Conservative critic for Crown-Indigenous relations Jamie Schmale accused Bennett of stoking divisions in Wet'suwet'en communities and pressed her on whether the signing of the MOU will be delayed so that elected chiefs can be consulted. Bennett questioned about her handling of negotiations with the Wet'suwet'en Chiefs

"The current health crisis should not be used as an opportunity to sideline the Wet'suwet'en people and their elected chiefs," Schmale said. "The federal government should be bringing the community together rather than actively excluding Wet'suwet'en members."

Bennett would not commit to pushing back the MOU's signing, but she encouraged Wet'suwet'en hereditary and elected chiefs to continue conversations about how they want to proceed with implementing rights and title.

"As we work to rebuild Canada's relationship with the Wet'suwet'en, we need to give them space for these important discussions," Bennett said.

"The engagement must take place and be led by the Wet'suwet'en Nation."

The statement from elected chiefs follows meetings last week between elected leaders and hereditary leadership, and separately with provincial and federal ministers.

Luggi told CBC News the elected chiefs want Bennett to resign — and not B.C.'s Indigenous Relations and Reconciliation Minister Scott Fraser — because Bennett has a special constitutional relationship with First Nations as the minister who represents the Crown.

"In this instance, we are witnessing a failure of the Crown and we believe they are wanting to pursue negotiations and leaving a certain group of people out," Luggi said.

"When you look at Aboriginal rights and title, they are collective rights and all members and all of our interests must be respected at every stage."

"How do they expect to receive or achieve ratification if this is how things are starting out right now?" Luggi said.

'Something is terribly amiss'

The elected chiefs held a six-hour virtual meeting with hereditary chiefs last Thursday, where they were given a copy of the draft MOU for the first time, according to the statement.

"The meeting was at the request of the Office of the Wet'suwet'en, but they treated us improperly and failed to adequately inform us regarding the proceedings and processes that have taken place to date," the statement said.

"They are not following the responsibility of the hereditary chiefs … To ignore their clan members and elected councils, something is terribly amiss."

The elected chiefs also aired their concerns to Bennett and Fraser last Tuesday over the phone.

"We reiterated to the ministers once again that the process they have conducted to date is completely unacceptable and disrespectful to our people," the chiefs wrote.

"We agree with the pursuit of negotiations for Wet'suwet'en rights and title, but we take issue with the improper consultation."

CBC News has reached out to the hereditary chiefs and to the offices of Bennett and Fraser for comment. They have not yet provided a response.

Bennett has said the arrangement between Ottawa and the Wet'suwet'en hereditary chiefs is meant to "breathe life" into the 1997 Delgamuukw decision, which acknowledged Aboriginal land title and set a precedent for how it is understood in Canadian courts.

The Supreme Court of Canada ruling stemmed from a 1984 case launched by the leaders of the Gitxsan and Wet'suwet'en First Nations, who took the B.C. government to court to establish jurisdiction over their land and water.

The elected chiefs say the hereditary chiefs do not represent them and don't have the legal authority to sign any documents on behalf of their clans or their members.

The elected chiefs say they are the legal authority in their territories and are actively involved in all issues, including the negotiation of MOUs.

The document is set to be released publicly after a planned virtual signing event involving the hereditary chiefs, Fraser and Bennett, which is scheduled for May 14.

The MOU sets out a three-month time frame to negotiate legal recognition of the Wet'suwet'en Houses as the governing body. The document also sets out a months-long period to negotiate the transfer of jurisdiction over their 22,000 square kilometre territory in northern B.C.

The document said the Wet'suwet'en need to clarify their governance structure, systems and laws through a ratification process including all Wet'suwet'en. But governance issues would be addressed only after the MOU is signed — elected leaders want this dealt with before any signing.

The MOU was crafted in the wake of a long-running dispute between hereditary and elected leaders over the Coastal GasLink pipeline, which triggered weeks of protests and railway blockades that paralyzed parts of Canada's economy over the winter.

While the MOU doesn't resolve the dispute over the natural gas pipeline, which crosses unceded Wet'suwet'en territory, it aims to clarify a key issue: who speaks for the Wet'suwet'en people going forward.

Most hereditary chiefs still oppose the project, which would link to an LNG terminal in Kitimat, B.C., in the traditional territory of the Haisla.