Canada is seeking an exemption to any new U.S. trade restrictions on aluminum and steel, and is vowing to retaliate if slapped with any new tariffs.

Canada is seeking an exemption to new U.S. trade restrictions on aluminum and steel, and is vowing to retaliate if it's slapped with any new tariffs.

A government official, speaking on background, said Canada believes any new tariffs should not apply to this country due to the highly integrated nature of the North American steel market, and because of the close co-operation between the two countries on defence issues.

A final decision from U.S. President Donald Trump is expected next week. Meanwhile, the Canadian government is discussing what its next steps will be if Washington doesn't order an exemption. For now, officials continue to make Canada's case at every possible level, the official said.

Speaking at a post-budget event in Barrie, Ont., Trudeau said he has raised the issue with Trump directly several times in the past, but did not say if he had reached out since yesterday's announcement.

He warned of a "significant disruption" in the supply chain and said new tariffs would harm U.S. industry just as much as Canada's steel sector.

"We will continue to engage with all levels of the American administration in the coming days so that they understand that this proposal is unacceptable," he said. Trudeau on Trump's move against steel and aluminum imports

3 years ago
1:46
Trudeau on Trump's move against steel and aluminum imports 1:46

Finance Minister Bill Morneau spoke with U.S. Treasury Secretary Steve Mnuchin yesterday. Morneau said he reminded his counterpart of the role Canada plays in ensuring U.S. industry has "access to the kind of products they need."

"With every new idea that comes from the United States, we have to reinforce our Canadian position," he said.

But Morneau declined to say whether he thinks the situation could escalate into a trade war.

"I'm not going to hypothesize on what might or might not happen. Our job is to protect Canadians, to put forward our position and to continually try to improve the opportunity set for businesses and Canadians," he said during a post-budget event in Montreal.

Conservative foreign affairs critic Erin O'Toole said the government dropped the ball, and should have already secured an exception for Canada.

"We had some runway to work with our American partners and it seems like the Liberal government didn't," he said. 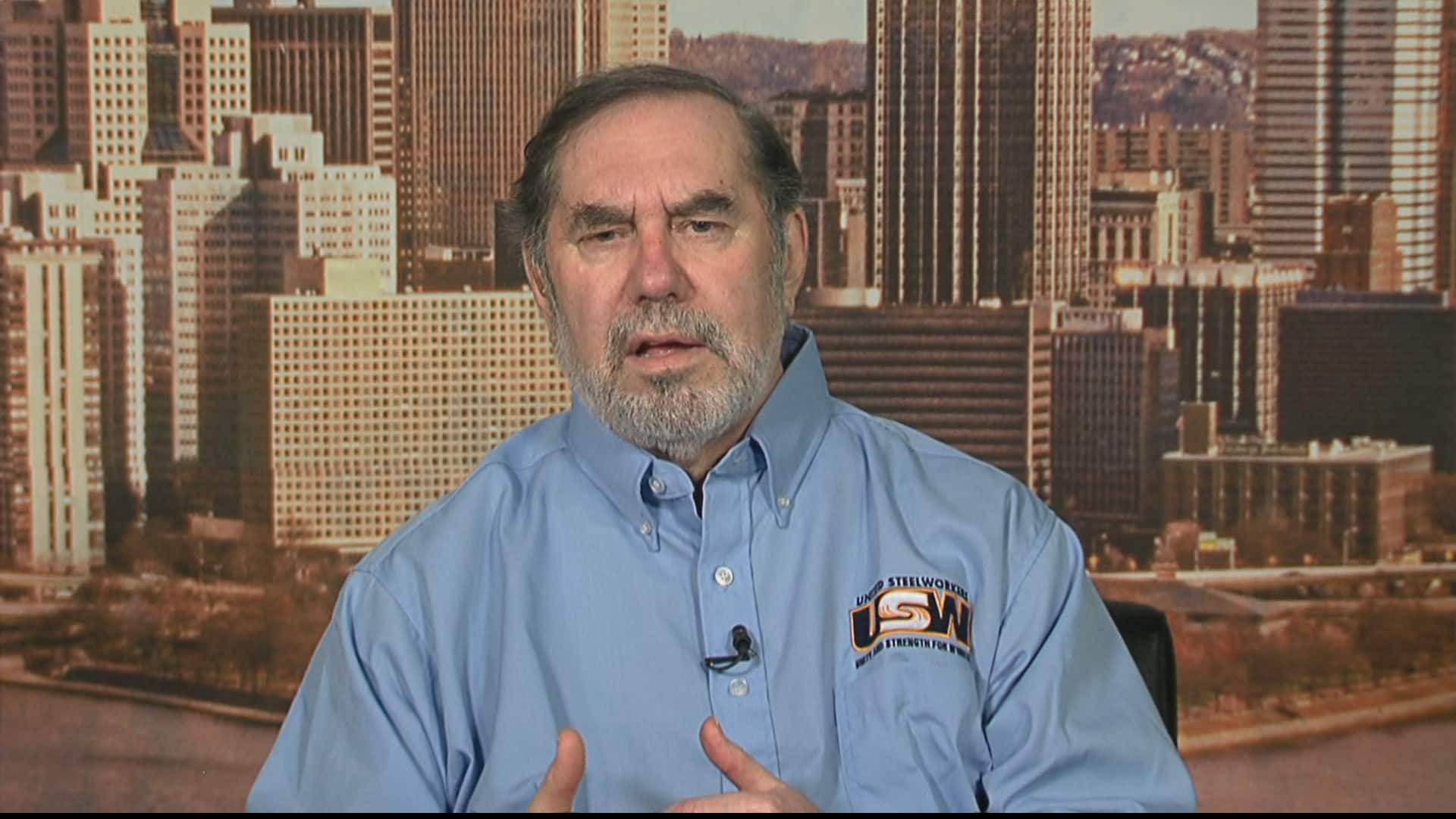 'Canada is not the issue'

3 years ago
7:40
Leo Gerard, international president of the United Steelworkers, weighs in on Trump’s intention to slap tariffs on steel and aluminum. 7:40

"My concern is that the Liberals say it's unacceptable, and then act like good boy scouts and return to the negotiating table. There isn't retaliation," he said. "I understand the government is concerned about a trade war, but it does seem like a trade war is on. It's just one-sided."

Freeland issued a statement Thursday, insisting any U.S. tariff on steel and aluminum imposed on Canada would be "absolutely unacceptable."

"It is entirely inappropriate to view any trade with Canada as a national security threat to the United States," Freeland said.

"We will always stand up for Canadian workers and Canadian businesses. Should restrictions be imposed on Canadian steel and aluminum products, Canada will take responsive measures to defend its trade interests and workers."

When Trump unveiled the tariffs on Thursday — a major new 25 per cent tariff on steel imports and a 10 per cent duty on aluminum — he did not say whether Canada and Mexico would be exempt. He announced .

Today, he took to Twitter to say the move is necessary to protect the U.S. and its workers because the steel industry is "in bad shape."

Freeland stressed that Canada is the biggest customer of American steel and a longstanding NORAD and NATO ally.

Unifor, the union representing 40,000 auto industry workers and thousands more in the steel and aluminum sectors, said if Canada doesn't get an exemption from the "punitive" tariffs, the Canadian government should withdraw from NAFTA talks.

"If America imposes duties on steel and aluminum and Canada doesn't walk away from NAFTA immediately, then make no mistake, we will no longer be negotiating, we'll be capitulating," said Unifor National President Jerry Dias in a statement.

In an interview with CBC News, Dias called Trump's move a "very serious threat" that could lead to mass layoffs and a profound economic impact on various sectors. 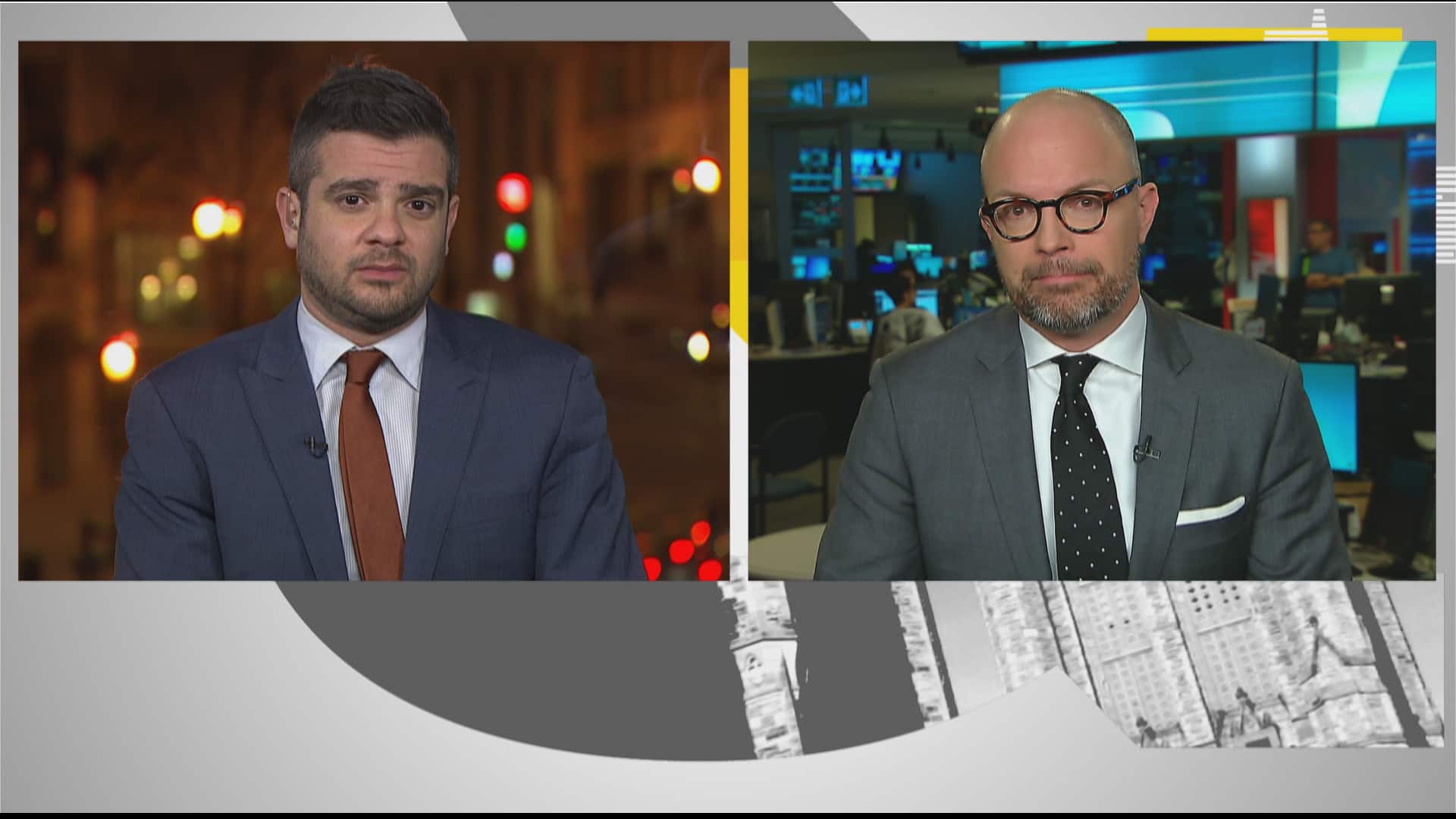 'It would be a shot in the face to the U.S. economy'

3 years ago
11:51
Scotiabank's Brett House and Canadian Press' Alex Panetta weigh in on President Trump's plan to slap tariffs on steel and aluminum. 11:51

With files from Tom Parry