The federal government says it is imposing new surtaxes on some foreign steel to head off the threat of dumping.

The federal government says it is imposing new surtaxes on some foreign steel to head off the threat of dumping.

Beginning Oct. 25, imports of seven steel products will be subject to a 25 per cent surtax when the level of those imports exceeds historical norms, according to a release from the Department of Finance.

The seven products are:

Those products help build condominiums, dams and bridges, "which encompasses a heck of a lot of steel," Jesse Goldman, a lawyer representing the Canadian Coalition for Construction Steel, told The Canadian Press.

He said the new surtax puts the construction industry in "a very dire position" because of Canada's limited domestic steel supply.

Goldman pointed out that a lot of imported structural steel has been put toward the refurbishment of the Parliament buildings.

"It's more ironic than intentional, but it gives you an example of the importance of imported steel in Canada."

Meanwhile, Reuters reports that Mexico isn't happy about Canada's steel measures and "will take action to protect its own exporters in the short term, according to a statement from Mexico's economy ministry on Thursday."

The government is also requesting that the Canadian International Trade Tribunal conduct an inquiry to determine whether long-term measures are warranted. The provisional surtaxes will be in place for 200 days while the tribunal comes to a decision. 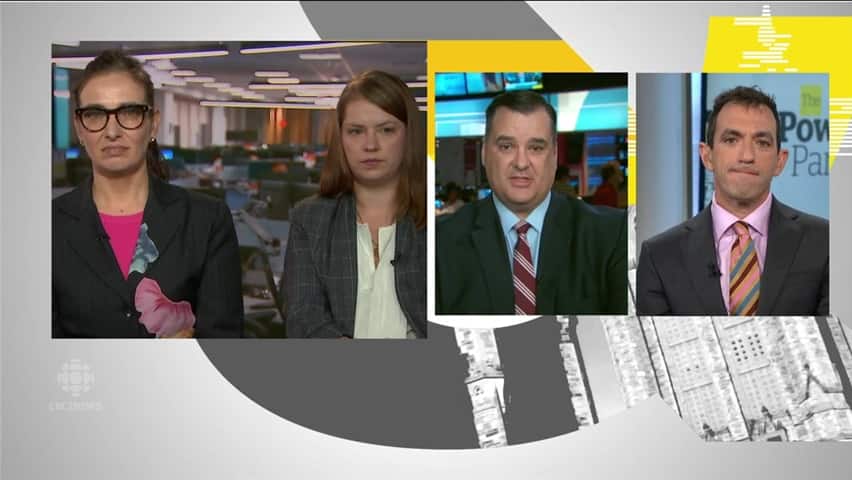 2 years ago
13:58
Marcella, Jen, Rob and James discuss the federal government introducing new safeguard measures in response to the risk of a surge of cheap foreign steel imports. 13:58

Trump levied a 25 per cent tariff on Canadian steel shipments, along with those from Mexico and the European Union, in late May.

Canada retaliated with a 25 per cent duty on imports of steel products from the U.S., but that didn't apply to steel coming in from other places.

On Thursday, the Department of Finance announced new protective measures for Canadian producers and manufacturers hit by U.S. steel and aluminum tariffs.

Ottawa already had established a process for Canadian companies to request relief from the countermeasures in extraordinary circumstances, such as a lack of supply in the domestic market.

Now, companies that have been granted relief can import those goods without paying surtaxes.

The government is also setting up a committee for stakeholders on countermeasures.

"The measures offer a balanced response that will support Canadian producers and manufacturers, while the government continues to work toward the complete repeal of all U.S. tariffs of Canadian steel and aluminum," reads the statement from Finance.

Canada collected nearly $300 million in surtaxes in the two months after it slapped U.S. imports with retaliatory tariffs.

Figures from the Canada Border Services Agency provided to CBC News show that in July and August 2018, surtaxes worth more than $286.5 million were charged on imports of American steel, aluminum and a variety of other goods, including handkerchiefs, coffee, icing sugar and sweetened or carbonated mineral waters.

With files from Reuters and the Canadian Press.