Speaker gives Tory MP the boot from House for heckling 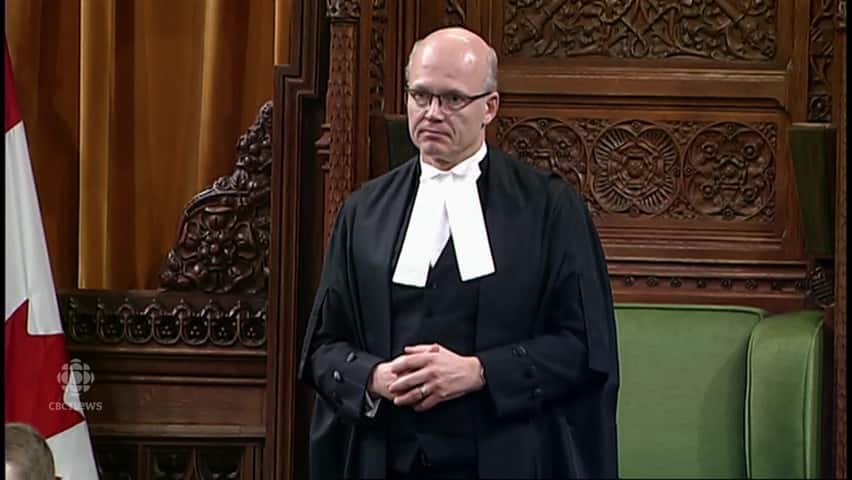 During a raucous daily question period that saw Finance Minister Bill Morneau face more questions about his ethics and financial dealings, Regan ordered the Sgt.-at-arms to remove Richards from the chamber.

He first offered Richards a choice to come to order, to step outside, or to be "helped outside."

"Which would he prefer?" he asked.

After a short pause, Regan called on the sergeant-at-arms to remove the MP, specifically naming him as "Mr. Richards."

"Naming" is the term for a disciplinary measure invoked against an MP who persistently disregards the authority of the chair, and is considered a "coercive measure of last resort," according to the House of Commons Procedure and Practice book.

The Speaker has the authority to address the member by name rather than by constituency or title, as is the usual practice, and can order their removal from the chamber for the remainder of the sitting day.

It is an authority that is not commonly exercised. Since 1913 there have been only 43 incidents before today, with MPs kicked out for refusing to retract allegations of lying, cover-ups or misleading the House.

The last time it happened was in 2002, when Bloc Québécois MP Yvan Loubier was ejected for refusing to withdraw the word "liar."

Some other MPs who have been expelled include:

MPs are not required to apologize or retract the remark in order to resume their seat on the day after removal from the House.