Sophie Grégoire Trudeau’s claim that she's overwhelmed and needs more staff to cope with the mountain of requests for her time has ignited a debate about the role of the prime minister’s wife.

Sophie Grégoire Trudeau's claim that she's overwhelmed and needs more staff to cope with the mountain of requests for her time has ignited a debate about the role of a prime minister's spouse.

In her interview with the French-language newspaper Le Soleil, Grégoire Trudeau said she wants to be everywhere, but cannot because her husband is the prime minister and she has three children to look after.

She said she gets numerous letters from people asking her to help with various projects and charities and is forced to make difficult choices about who she can help based on the resources she has. 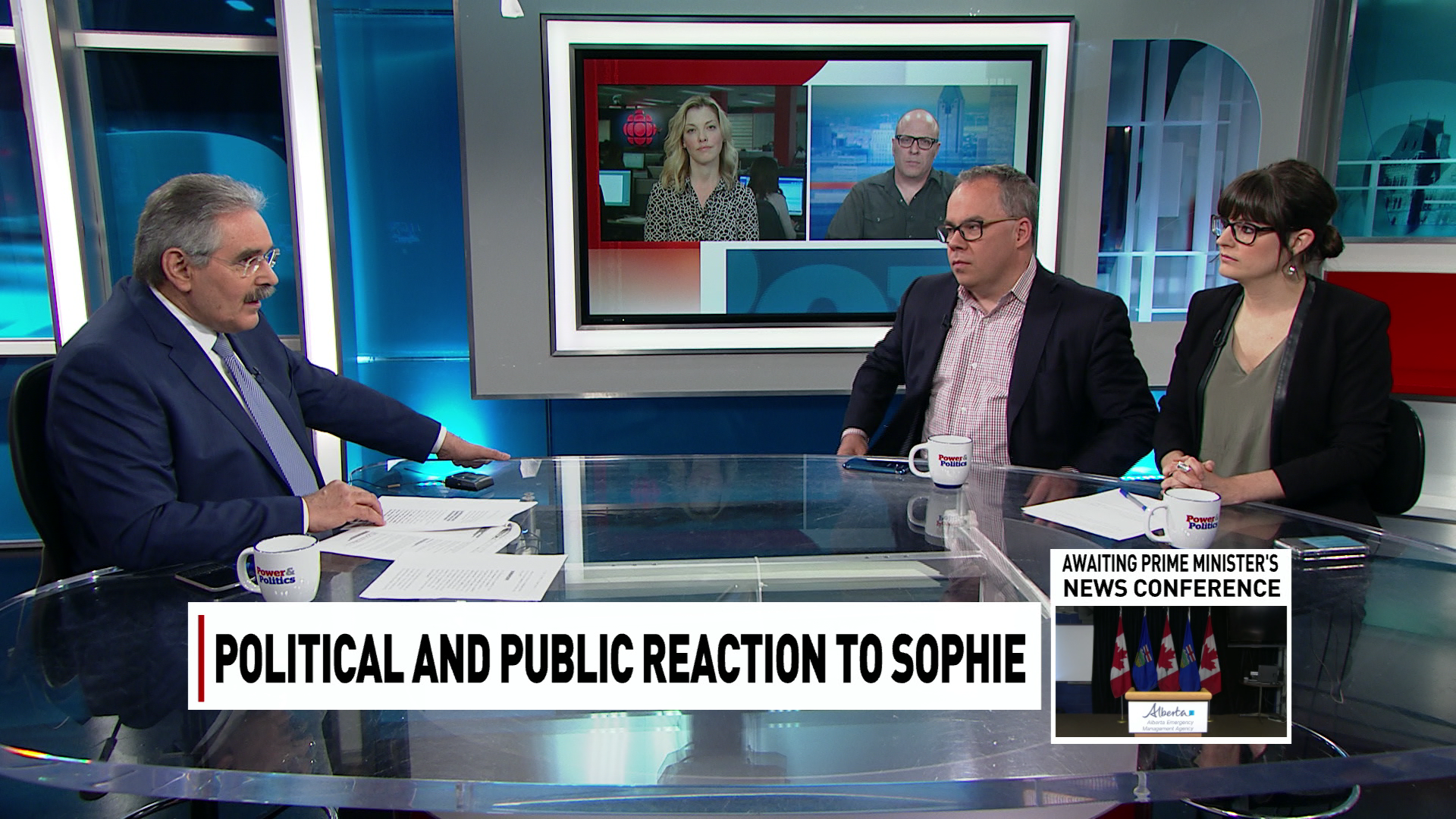 Grégoire Trudeau also said her dining room table is her office, and while she has one assistant to help, that frequently proves to be insufficient for the demands on her time.

Unlike in the United States, there is no first lady or official role for the spouse of the prime minister, although prime ministers' spouses usually stay active in a number of charitable organizations and causes.

But the interview detailing the demands on her time sparked a sarcastic response on Twitter with the hashtag #prayforsophie. People have been using the hashtag to poke fun at Grégoire Trudeau, sometimes in a vindictive manner.

Conservative MP Candice Bergen said that being in the family of the prime minister was a big job that comes with sacrifices, but Justin Trudeau campaigned on families like his not needing help from taxpayers and he should stick to that principle.

"It really is the hypocrisy of Mr. Trudeau at this point always wanting more, always wanting more to do self-promotion, to do vanity trips, to do the things that he likes to do," Bergen said. "I think that's where the challenge is and where a lot of Canadians would question more."

Government House leader Dominic LeBlanc, however, was quick to defend Grégoire Trudeau, saying that it is an established fact that the prime minister's spouse is supported for official activities she undertakes on behalf of Canada.

"It's no secret that Ms. Grégoire Trudeau is asked to attend an enormous number of events," LeBlanc said. "She's participated in a whole series of very worthy causes. So we find that a perfectly appropriate conversation to have: Does she have the adequate support to undertake these official functions?

An official response from the Prime Minister's Office said Grégoire Trudeau participates in many activities such as the CHEO Healthy Kids Awards or the Wabano Fundraising Gala, as well as anorexia and bulimia awareness events, among others. 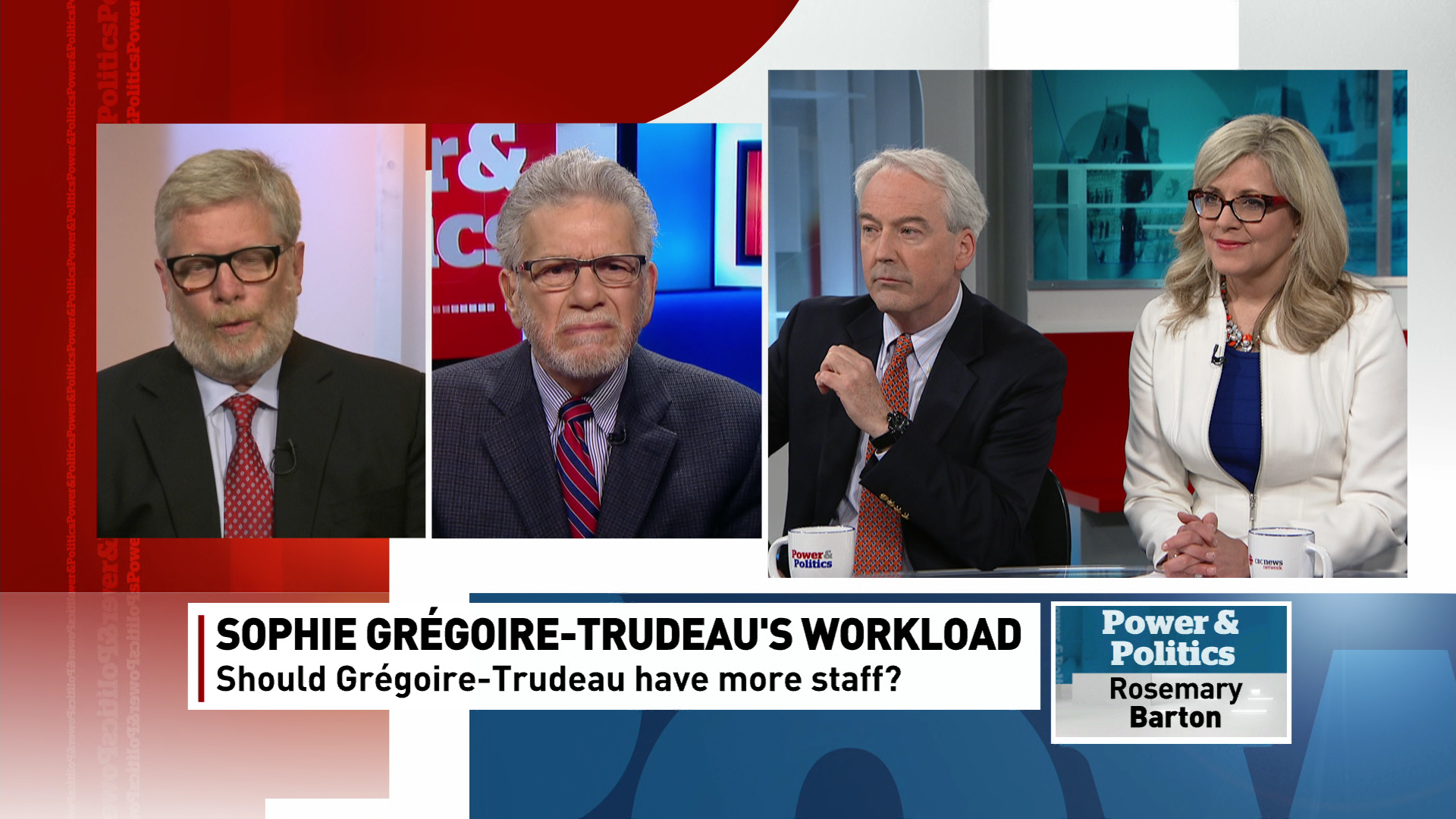 6 years ago
Duration 9:39
The Power Panel assesses the implications of Sophie Gregoire Trudeau's official role & debates the need for staff to handle the workload

Grégoire Trudeau is also the official spokeswoman of Fillactive, a foundation that provides opportunities for girls 12 to 17 to adopt a healthy and active lifestyle.

"As has been the tradition in Canada — and has been the case for spouses of former prime ministers — [Grégoire Trudeau] receives help from PMO staff to fulfil the duties and responsibilities that come with the role," the statement read. "She receives an extraordinarily high volume of correspondence and invitations."