Conservative leadership candidate Derek Sloan is facing an angry backlash after he suggested Canada's chief public health officer is working for China and should be fired for giving bad advice to the government on the COVID-19 crisis.

Party leader refuses to comment on Derek Sloan's words, says it's up to him to explain them

A Conservative leadership candidate is facing an angry backlash online — and from some of his own caucus colleagues — after he suggested Canada's chief public health officer is working for China and should be fired for giving bad advice to the government on the COVID-19 crisis.

Derek Sloan, an MP from eastern Ontario who is running to lead his party under the slogan "Conservative — Without Apology," posted a message and video on Facebook and Twitter this week claiming that Dr. Theresa Tam had "failed Canadians."

"Dr. Tam must go! Canada must remain sovereign over decisions. The UN, the WHO and Chinese Communist propaganda must never again have a say over Canada's public health!" he wrote.

Dr. Theresa Tam, Canada’s Chief Public Health Officer, has failed Canadians.<br><br>Dr. Tam must go! Canada must remain sovereign over decisions. The UN, the WHO, and Chinese Communist propaganda must never again have a say over Canada's public health!<a href="https://twitter.com/hashtag/cdnpoli?src=hash&amp;ref_src=twsrc%5Etfw">#cdnpoli</a><a href="https://t.co/2u1JxCAdIV">https://t.co/2u1JxCAdIV</a>

"Does [Tam] work for Canada or for China?" Sloan asks in a tweeted video. He also accused the country's top doctor of parroting lines from the World Health Organization after it repeated "misinformation" disseminated by the communist Chinese government.

His remarks drew swift condemnation on social media, with some calling his words "repugnant," "vile" and "xenophobic."

Sloan re-tweeted Thursday evening the letter that he originally sent out Tuesday accusing Tam of "dutifully" repeating Chinese propaganda and calling for Tam to be "fired."

He issued a new letter Friday morning reacting to the controversy.

"I have been called a racist and a misogynist for questioning Dr. Tam's actions and for pointing out her many missteps," he wrote.

"None of my arguments for Dr. Tam's removal were based on Dr.Tam's race or her sex: they were based on her performance as our chief public health officer. We are in a culture where political correctness and identity politics are used as a shield to deflect or even outlaw criticism. Being called a racist for asking questions has been disappointing, though not unexpected."

Tam, who was born in British Hong Kong and grew up in the U.K., has denounced the rise in anti-Asian racist incidents in Canada since the novel coronavirus erupted in Wuhan, China.

Watch: Tam reacts to suggestion that she's working for China 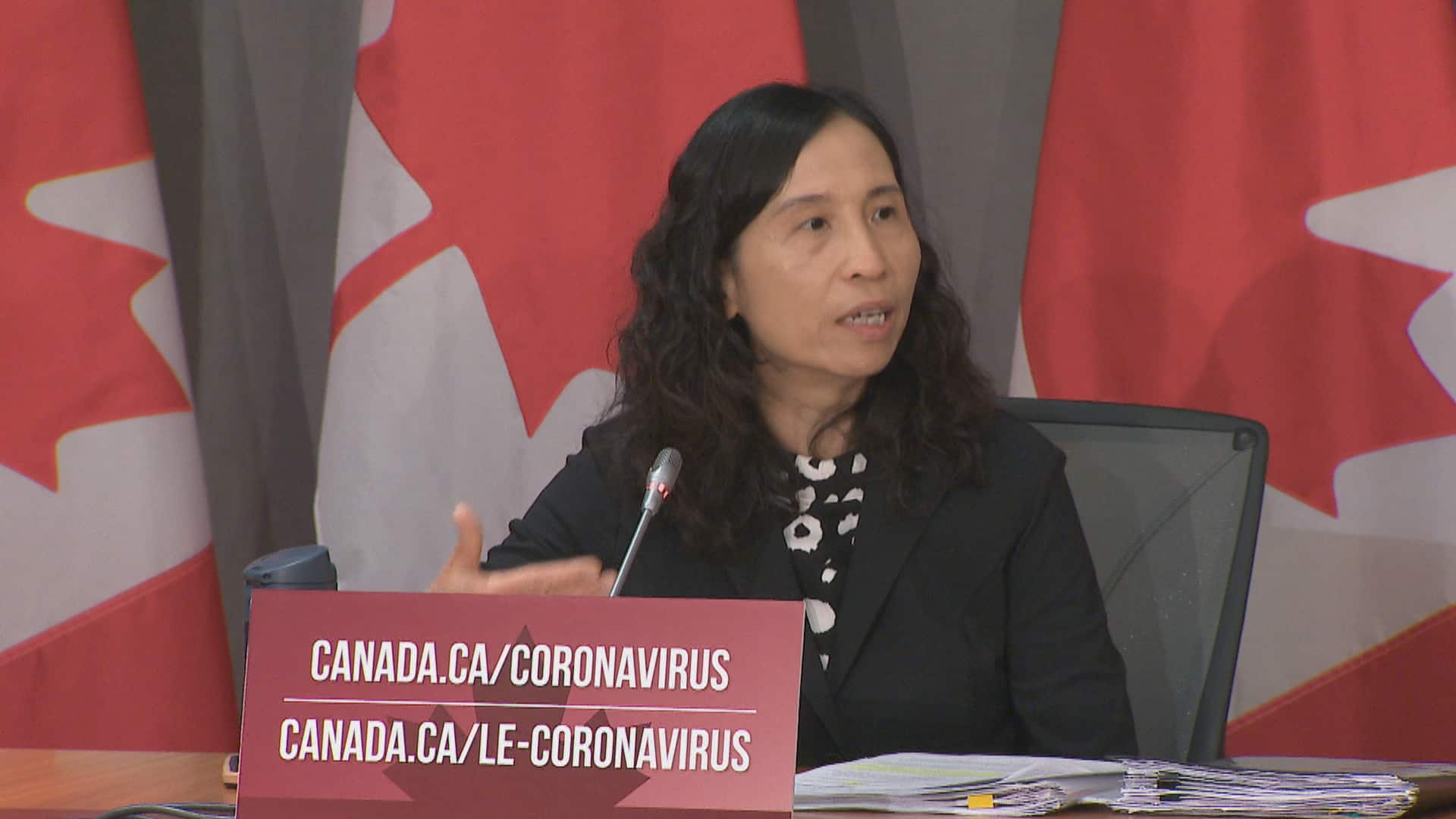 Dr Tam responds to Conservative MP's call for her to quit

"I'm a pretty focused person and I work really, really hard," Tam said, adding that she has been working more than 20 hours a day.

"My singular focus is to work with all my colleagues to get this epidemic wave under control. I don't let noise sort of detract me from doing that."

Watch: Scheer declines to comment on remarks about Tam 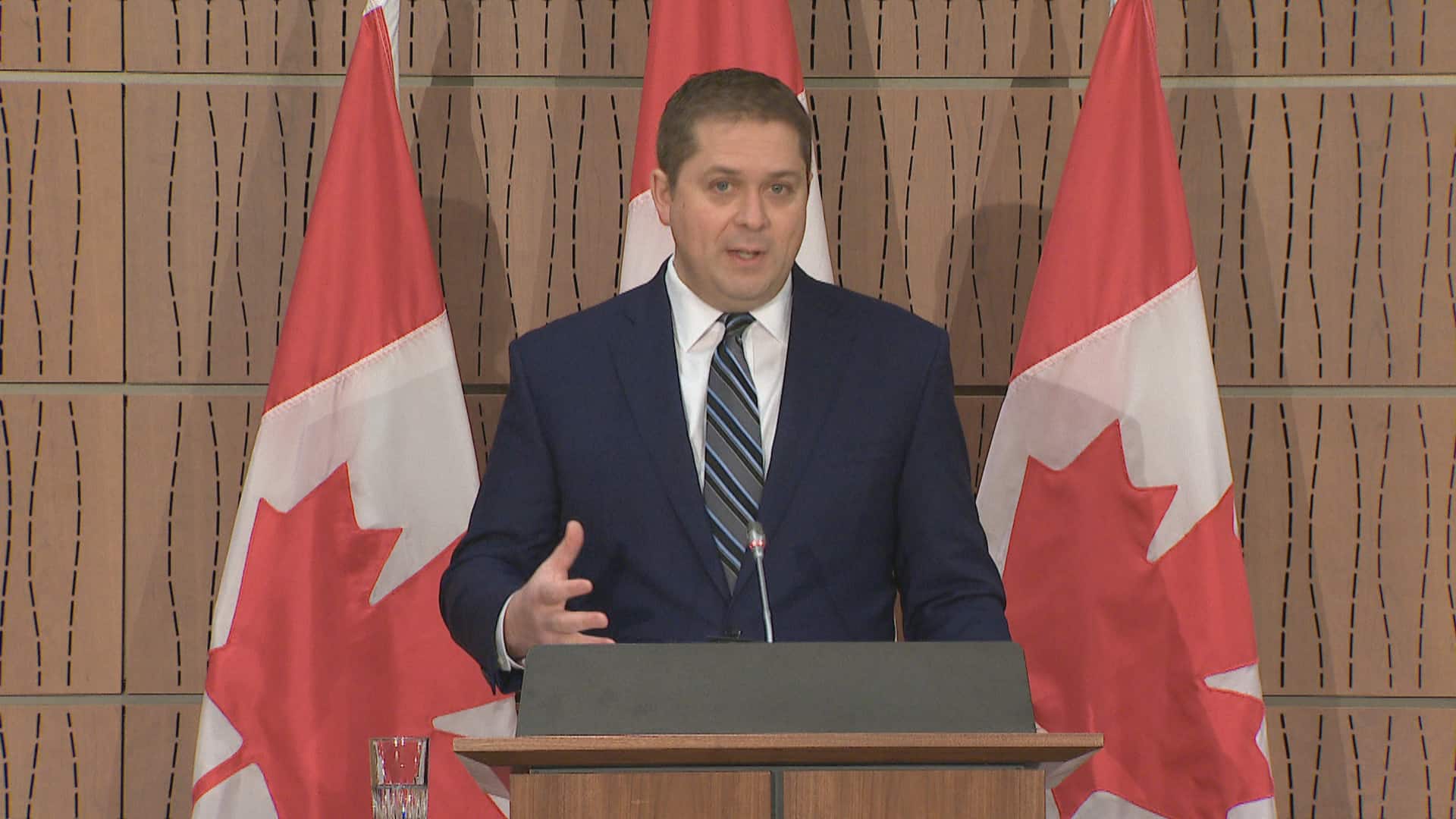 Scheer is asked about MP's criticism of Dr. Theresa Tam

"I won't be commenting on individual statements or positions that leadership candidates take. That's up for them to explain, and ultimately the members of our party will decide when they vote in a leadership race," he said.

Scheer has raised concerns about the WHO's track record during the pandemic and its relationship with the communist regime in China, but has directed his criticism of Canada's response to the pandemic at the Liberal government rather than Tam herself.

"We've got serious concerns about the accuracy of the information coming out of the WHO and it's incumbent upon this government to explain why they have based so many of their decisions on the WHO," Scheer said earlier this month.

Alberta MP Michelle Rempel said on Twitter that she couldn't believe she had to publicly explain why Sloan's remarks were "profoundly wrong."

1/ Derek, with everything else going on in my community that I need to fight for, I can't believe I have to use my platform explain to you why what you said at precisely at the 0:40 mark of your video is so profoundly wrong, but here we go. Thanks, buddy. Thread. <a href="https://t.co/0K9zCzWIlJ">https://t.co/0K9zCzWIlJ</a>

MP Tim Uppal tweeted that while Conservatives will continue to pose legitimate questions about the government's response to COVID-19 and the information coming out of China, "personal attacks against Dr. Tam are unacceptable and do not represent our party."

Ontario Conservative MP Eric Duncan said he wanted to make it clear to his constituents that he doesn't share Sloan's view.

"I may have questions and constructive concerns at times about Dr. Tam and team during these evolving, challenging times. But I will never question her loyalty to Canada and (that she has the) best interest of Canadians at heart," he tweeted.

What I view as a personal attack against Dr.Tam from a member of our Opposition caucus goes against the values that I believe we as elected officials should aspire to. Let us be mindful of the words of Dr. Bonnie Henry; “be calm, be kind, be safe”.

"What I view as a personal attack against Dr. Tam from a member of our opposition caucus goes against the values that I believe we as elected officials should aspire to. Let us be mindful of the words of (B.C. provincial health officer) Dr. Bonnie Henry; 'be calm, be kind, be safe.'"

Prime Minister Justin Trudeau was asked about the rise in anti-Asian racist incidents across Canada generally and Sloan's statement specifically.

'Intolerance and racism have no place in our country': Trudeau

"Intolerance and racism have no place in our country," he said.

"Canada has succeeded because of our diversity. It is one of our greatest strengths, and the millions of Canadians of all different backgrounds who are working together ... to help their fellow Canadians deserve better than this from all of us.

"We need to continue in our resolve to be an open, welcoming, respectful country and I think all Canadians expect that of every politician."

From the beginning of this crisis, we’ve heard horrible stories of abuse faced by Asian Canadians, particularly those of Chinese descent<br><br>There is no question that MP Sloan’s comments against Dr. Theresa Tam fuel this kind of racism.<br><br>Andrew Scheer needs to clearly denounce this.

"From the beginning of this crisis, we've heard horrible stories of abuse faced by Asian Canadians, particularly those of Chinese descent. There is no question that MP Sloan's comments against Dr. Theresa Tam fuel this kind of racism. Andrew Scheer needs to clearly denounce this," he tweeted.

Sloan's leadership campaign website says "the damage to free speech, freedom of religion and freedom of conscience happening in Canada cannot be understated. It's time for everyone concerned about these issues to stand up and support a candidate who will not just pay lip service but get in the line of fire to defend these freedoms."

Sloan's office did not immediately respond to a request for comment from CBC News.