NDP Leader Jagmeet Singh announced there will be an independent investigation into an allegation of "harassing behaviour toward women" that has been made against NDP MP Erin Weir.

Weir says he welcomes 'a prompt investigation to clear my name'

NDP Leader Jagmeet Singh announced Thursday there will be an independent investigation into an allegation of "harassing behaviour toward women" that has been made against NDP MP Erin Weir.

Weir says he welcomes an investigation to clear his name.

Singh was spurred into action after NDP MP Christine Moore emailed her colleagues with concerns about Weir's behaviour.

I would not feel comfortable to meet with you alone.— NDP MP Christine Moore, to Erin Weir

Weir had emailed his fellow NDP MPs on Tuesday to say that he would like to run for the position of caucus chair. Moore replied to Weir's note with concerns about whether he should hold such a leadership position.

"You are the last person in the caucus I would like to see to get that position," the Quebec MP responded, to both Weir and the other MPs.

"There is too many women (mostly employee) complaint to me that you were harassing to them and as a women I would not feel comfortable to meet with you alone. Given what's going on right now in the political world, I think you should really not run to avoid us any trouble."

Speaking to reporters, Singh said the allegation was not sexual in nature.

I do not know what is being alleged.— Erin Weir

"As politicians, we are placed in a position of public trust. We are, and should be, held to the highest possible standards and it is absolutely right that our party has a process to investigate any allegations of harassment," he said.

"However, I do not know what is being alleged. I am confident that I have not harassed anyone and welcome a prompt investigation to clear my name. I look forward to continuing to represent the people of Regina–Lewvan as a member of the NDP caucus."

In an interview with CBC News, Weir said a harassment grievance has never been filed against him through the NDP's internal process. He also said that Moore's email seemed "politically motivated." 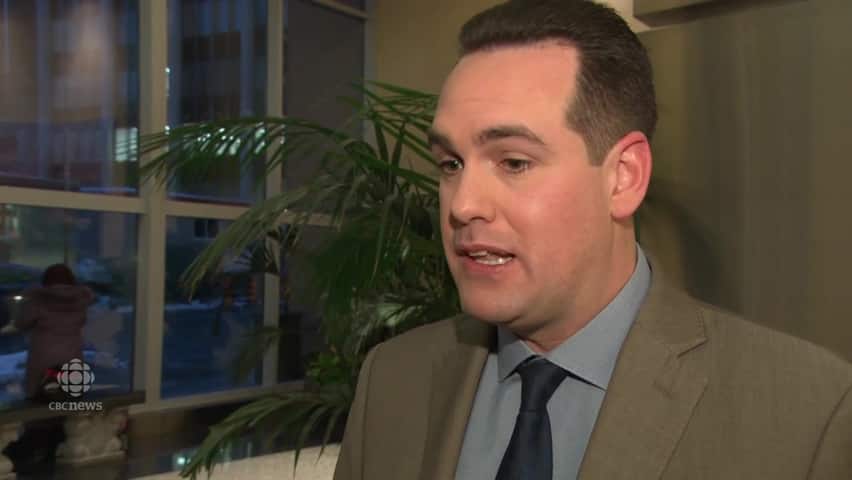 3 years agoVideo
0:32
NDP MP Erin Weir says harassment allegations against him only surfaced when he decided to run for caucus chair. 0:32

"I'm always reluctant to speculate on another person's motivation," he said, "but given that the attack came as a reply to me announcing my candidacy for caucus chair it does seem politically moviated."

Moore issued a statement saying it's "important that we take this kind of information seriously."

"I have confidence in the process that is being put in place and will be participating in any way I can," she said.

According to an NDP source, Weir was told to stay away from the NDP caucus meeting on Wednesday morning to avoid a confrontation. Weir was then contacted on Thursday morning before Singh's news conference. 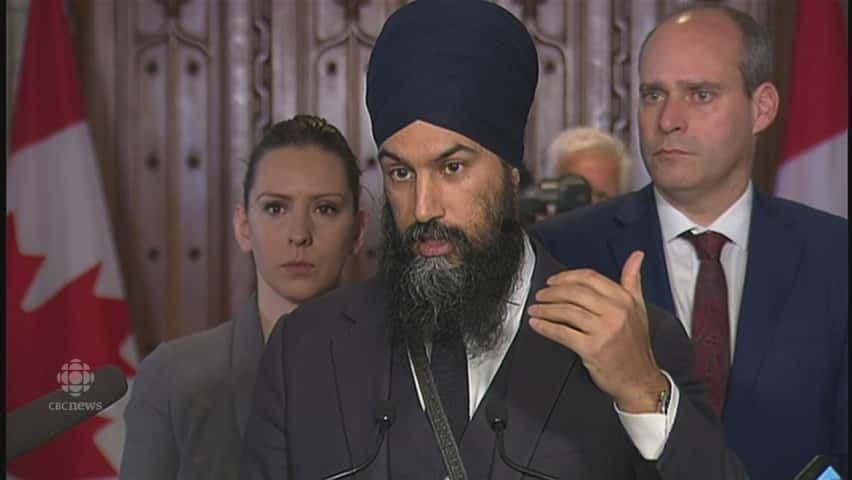 Singh said Weir will be suspended from caucus duties until the investigation is completed.

Concerns about harassment and misconduct in the Canadian political world have been reverberating for days. Though the NDP had not yet had to deal with an allegation, Singh had already discussed the general situation.

"I think it's important to reflect on issues [on] a non-partisan [basis]. It's something that's going to impact all of us and we all need to be prepared to reflect on how we can create safer workplaces," Singh told reporters on Wednesday.

Dykstra, a former Conservative MP, resigned as president of the Ontario Progressive Conservative party on Sunday. Hours later, Maclean's magazine published a report saying Dykstra had been accused of sexual assault in 2014.

with files from Susan Lunn