The country's top military commander warns that a long-standing peacekeeping mission involving 70 Canadian troops in the Sinai is becoming more violent and uncertain in the face of a growing threat by ISIS.

Canada's top military commander has warned that one of the country's long-standing signature Middle East peacekeeping missions is growing more violent, calling into question its viability.

The comments by Gen. Jonathan Vance, the chief of defence staff, about the Multinational Force and Observers (MFO) in the Sinai come as the Liberal government is crafting a new defence policy around promises in last fall's election to return the military to more benevolent UN-flagged operations.

The peacekeeping mission, one of the last traditional ceasefire monitoring operations, is actually outside of the auspices of the UN and is meant to maintain the truce between Israel and Egypt, but Vance says the situation has evolved with the growing influence of ISIS.

We want to continue with the MFO, to keep assuring peace between Egypt and Israel. We want to keep doing treaty monitoring. It is difficult to do as [ISIS] grows in strength.- Gen. Jonathan Vance, chief of defence staff

"It is becoming increasingly dangerous, as many places are in the world where we had relatively benign missions, conducting peace support missions such as the MFO mission; [it is] now turning more hostile," he told a defence industry trade show on Wednesday.

Describing the crumbling security situation in the Sinai as "toxic," Vance said the spread of ISIS impedes the conduct of the 1,667-strong contingent, which includes troops from 12 nations.

"It impacts badly on mission viability," he said. "We want to continue with the MFO, to keep assuring peace between Egypt and Israel. We want to keep doing treaty monitoring. It is difficult to do as [ISIS] grows in strength."

Canada contributes 70 soldiers to the mission, including the MFO's commander, Maj.-Gen. Denis Thompson.

Vance's remarks are likely to send a shudder through nations in the region, particularly in light of published reports last month in both Israel and Egypt that the U.S. is reconsidering the size of its commitment to the multinational force. The Americans are hoping to replace some boots on the ground with drones and other high-tech surveillance tools. 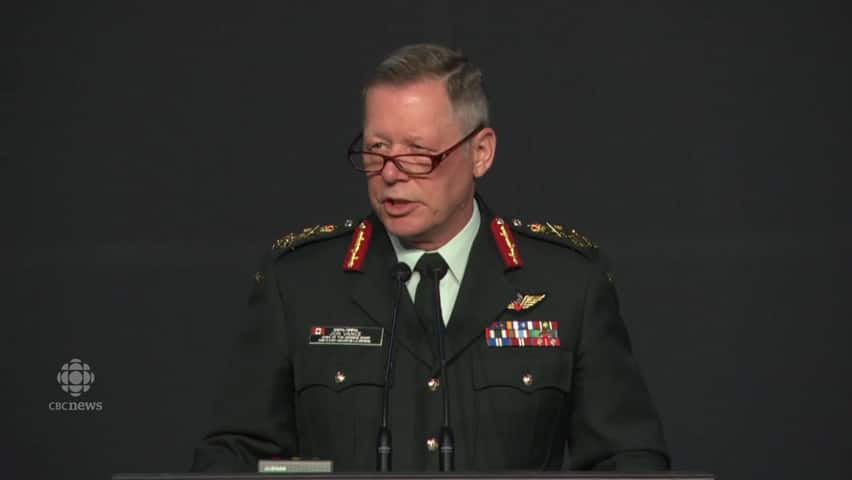 Diplomatic sources tell CBC News that nations throughout the region have quietly issued warnings about ISIS's increasing clout for at least two years, well before the group claimed responsibility for downing a Russian airliner flying out of a resort town in 2015.

ISIS is armed with heavy weapons in the region, including shoulder-launched surface-to-air missiles, mortars and anti-tank mines, which they've fashioned into roadside bombs. It has attacked and killed hundreds of Egyptian police, border and security forces.

"Until recently, the MFO had not been the direct target of jihadist or terrorist attacks," said the document. "However, the threat environment has changed over the summer months of 2015."

Dave Perry, a defence analyst with the Canadian Global Affairs Institute, said Vance's warning should be heeded, not only in the context of the mission in the Sinai, but the broader policy of a return to peacekeeping.

"It is getting more dangerous," he said. "If we re-engage in peacekeeping, like we used to in the old days, the threat environment is very different."

The Liberal government should recognize the threat of that style of warfare, which evolved in Afghanistan and Iraq and is being transplanted, he said.

That means peacekeepers could face things like improvised explosive devices and booby traps, which will be designed not only to kill soldiers, but to destroy potential international involvement in failed states battling Islamic extremism.

"So, it's highlighting that any kind of essential military action, even if it's under the UN rubric, will carry risk for Canadian soldiers," he said.