As Canada's Trans-Pacific Partnership negotiators sit down with their counterparts in Maui, Hawaii this weekend, they may sense pounding from more than just the nearby surf: The game has changed since trade negotiators from 12 Pacific Rim countries met last April.

What concessions would Canada consider in a Trans-Pacific Partnership deal? 'That's a good question'

As Canada's lead negotiator Kirsten Hillman and the rest of her Trans-Pacific Partnership negotiating team sit down with their counterparts in Maui, Hawaii this weekend, they may sense pounding from more than just the nearby surf.

The game has changed since trade negotiators from 12 Pacific Rim countries met in Guam last April.

The Americans, who'd been busily deal-fixing without a mandate to back it up, are now armed with fast-track negotiating authority from the U.S. Congress.

Which in America's playbook means more volleys against one of the few defensive positions Canada takes on trade: the quota-based supply management system that sustains dairy, poultry and egg farmers.

Cue another open letter from U.S. lawmakers equating an unwillingness to dismantle marketing boards with not taking negotiations seriously.

Tee up media for another subtle threat from U.S. Trade Representative Michael Froman that if Canada doesn't give more, it will be left behind.

Japan, the other country driving in the front seat, made similar noise. Canada could be out, its trade minister suggested.

Aided and abetted by New Zealand and Australia, who are both keen farm exporters, the U.S. set supply management as the price of entry when Canada wanted to join TPP in 2011.

And Canada's still in and talking. Despite the frosty pre-game show.

Aloha! Welcome to the weekend, where things get real for negotiators in the lead up to next Tuesday, when the ministers turn up, elbows out, for the political bargaining.

Anyone who followed Canada's trade talks with the European Union, or the North American and Canada-U.S. free trade agreements before that, has seen this strategy before.

Mike Dungate, the executive director of the Chicken Farmers of Canada, said Froman "is speaking more to a domestic audience than he is to Canada."

"Everybody knows that Canada is going to defend supply management," said Tim Lambert, the CEO of Egg Farmers of Canada. "That kind of rhetoric goes on around trade talks all the time."

That doesn't mean it isn't disconcerting.

"The level of concern is obviously increasing within our membership," said Yves Leduc, the director of international trade for the Dairy Farmers of Canada. Dairy farmers "don't see any gains coming out of TPP" and aren't "in a position to accept" more imports.

Meanwhile, the U.S. isn't dismantling a similar system that protects its sugar industry.

"Why would Canada consider anything when the U.S. is not even prepared to put anything on the table when it comes to its own sensitive sector?" Leduc said.

As the talks went on, Canada would demand full market access for beef. The European negotiator would smile, Taylor said, and say, "okay, that's good to know."

Eventually, Europe agreed to partly open its doors to 65,000 tonnes. Canada gave a pound of flesh with higher cheese imports.

A compensation package, as yet unspecified, was offered as a balm.

In the end, if the government says 'do you walk away from a bad deal' or 'do you sell a bad deal,' the answer is clear with these guys: you walk away.- Adam Taylor

But dairy farmers are still stinging. This time, farmers warn, they don't want to talk about compensation.

Unlike the Europe talks, which included provincial jurisdiction over municipal procurement, the feds are doing this one solo.

"There's probably very little in this deal that isn't within the purview of the federal government's jurisdiction," suggests Taylor, now a director with Ensight Canada's international trade consulting practice.

Lean in, constitution-watchers: this matters.

Farm product marketing boards are shared jurisdiction. Canada can't dismantle them without provinces on board.

Would Canada concede something else instead?

"That's a decision for the government to make," Dungate says. "Not for us."

In an interview with CBC News Network's Power & Politics this week, International Trade Minister Ed Fast said his government "set a high standard" for joining the TPP, and was looking to achieve and balance out benefits for every sector and region of Canada.

Beyond that... no negotiating in the media. 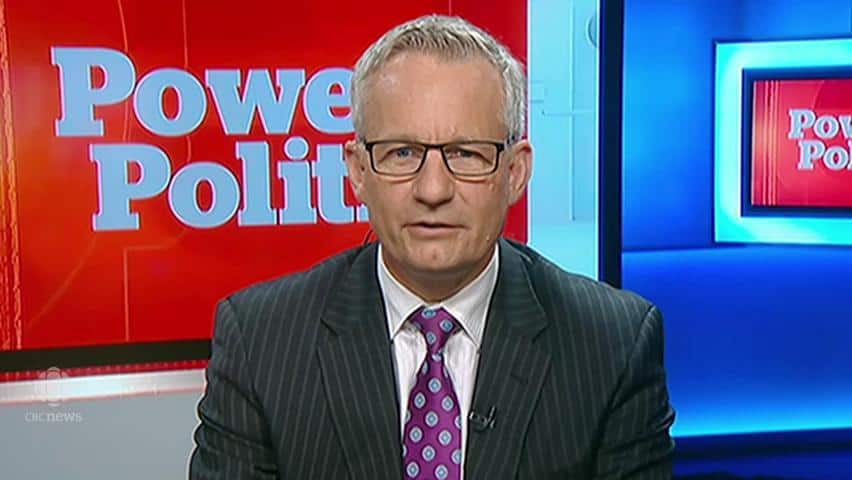 5 years agoVideo
9:17
Negotiators are close to reaching a deal on the Trans-Pacific Partnership. Will Canada have to dismantle supply management to get a deal? American negotiators are pushing for it; will Canada acquiesce? 9:17

Canada's export-driven farm commodities — including beef, pork and grain — are not supply-managed. With bilateral trade talks with Japan stalled, TPP is a ticket to the world's third-biggest market.

Step away from the table and the growing Asian appetite could be fed tariff-free by competitors like the U.S.

In an open letter to Stephen Harper on June 11, the Canadian Agri-Food Trade Alliance warned of a "devastating impact" should Canada not sign on to the TPP, or join late.

TPP has many components, many of which are fraught — including intellectual property and labour mobility. Canada's lumber restrictions are in Japan's sights.

But Canada has an offense, too. How about those Buy America rules, eh?

The market access package remains key. How ambitious will the American and Japanese offers be?

"The one thing I'll say about the prime minister and the minister — and therefore the negotiators — is that they're shrewd and they play the long game. And they're not afraid to blow deadlines," Taylor said.

"In the end, if the government says 'do you walk away from a bad deal' or 'do you sell a bad deal,' the answer is clear with these guys: you walk away."

That's the thing about "aloha" — it can also mean good-bye.