Senator Patrick Brazeau, in his own words

Former Conservative Senator Patrick Brazeau bitterly denounces what he calls the Senate's 'abuse of power' in trying to suspend him for making allegedly improper expense claims. 'I have nothing to hide,' he tells his Senate colleagues. 'I am clean.' 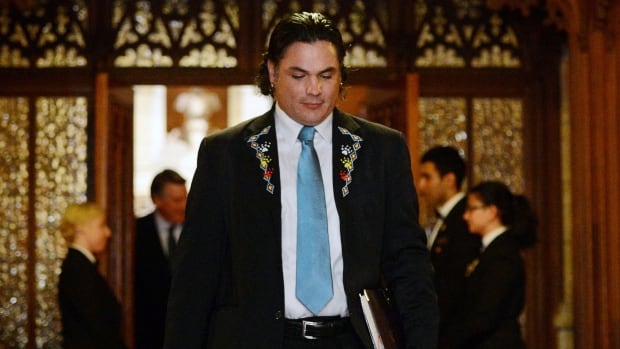 Click the above play button to listen to Senator Patrick Brazeau.

Instead, Brazeau’s comments focused on what he sees as a failure by the Senate’s Board of Internal Economy to treat him fairly in its pursuit of allegations that Brazeau made improper expense claims.

“The Senate is where due process goes to die,” Brazeau began. “It’s an abuse of process.” He mocked claims that moves to suspend him are to “protect the dignity of the Senate,” saying his expense claims were cleared by the Senate administration and by an outside auditor. He charged that the powers-that-be wanted to use him as a scapegoat to protect Senator Duffy. Brazeau now sits as an Independent, together with Duffy and Senator Pam Wallin.

Brazeau closed his 14-minute address by calling the moves to suspend him “a complete joke, a complete farce.”

“If this is the Harper government’s way of believing in democracy and exercising democracy, I think we should all be very fearful,” he said.