Seven Senate employees were called in and fired the day after a Senate vote that suspended senators Mike Duffy, Pamela Wallin and Patrick Brazeau. 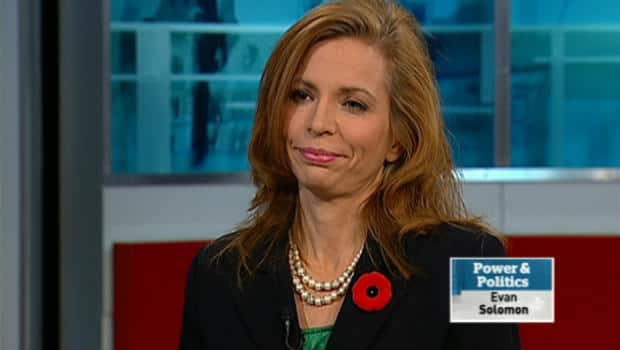 7 years ago
13:08
Debby Simms, former policy adviser to Patrick Brazeau, describes being fired from her job and calls the senator's suspension a 'miscarriage of justice' 13:08

Seven Senate employees were called in and fired the day after a Senate vote that suspended senators Mike Duffy, Pamela Wallin and Patrick Brazeau.

The former policy adviser to Brazeau told host Evan Solomon of CBC News Network's Power & Politics that "seven of us" had to hand in their passes and keys at a 1 p.m. ET meeting with Senate staff on Wednesday.

Debby Simms said she'd initially been told she would have two weeks' notice if Brazeau were to be suspended.

The three senators were suspended without pay by a vote in the Senate chamber Tuesday evening for inappropriate expense claims.

Simms said her medical benefits will be cut off Dec. 31, even though medical, dental and life insurance were kept in place for the suspended senators.

She told Solomon she is a single mother and her daughter needs braces. Asked by Solomon if she felt she was thrown under the bus, she replied, "I am under the bus. Been there for a while. You meet the nicest people under the bus."

Simms said she had been a member of the Conservative Party since 2005, and had campaigned for the party and donated money. She hasn't lost faith in the party itself, she said. "The party is full of wonderful people who work hard in campaign offices, donate $5 a month, pound in election signs."

Appearing nervous, her voice shaky at times, Simms said she feared she may be "an untouchable now" because of her association with Brazeau, as far as other political employment is concerned.

She had done doctoral work in aboriginal studies, she said, and "It was a thrill to work with Senator Patrick Brazeau because he has lived this," and all her "book learning" couldn't live up to what he'd been though.

Asked by Solomon if she suspected Brazeau didn't really live in Maniwaki, a location over 100 kilometres from Ottawa, as he had claimed, she said she didn't start working for him until 2012, and the housing claims he submitted that were examined by a Deloitte audit were from 2011.

Deloitte found that Brazeau spent only 10 per cent of his time in Maniwaki, even though he declared it was his primary residence so he could claim secondary expenses for living near Parliament Hill. He has been ordered to repay $50,000.

Simms said that, as Brazeau's policy adviser, she didn't go over his expense claims.