Senate Liberals unsure how to work with Trudeau government

Seven weeks have passed since the election and Prime Minister Justin Trudeau hasn’t given senators who used to belong to his caucus any indication of how to do their jobs under a Liberal government. 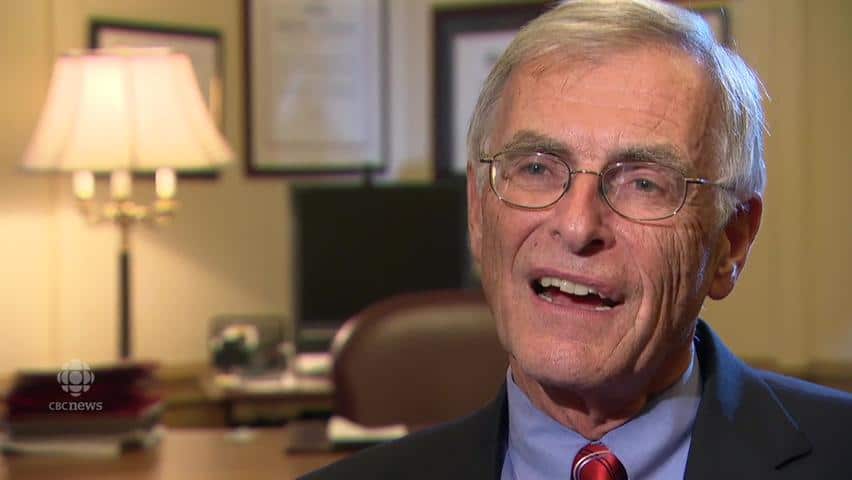 5 years ago
1:03
Senate Liberal Leader Jim Cowan says there is some frustration among members of his caucus, because they know very little about what role the senate will now play under Justin Trudeau. 1:03

Mobina Jaffer is feeling a little uneasy about going back to work next week. The Liberal-appointed senator from British Columbia says no one knows how the upper house is going to operate.

Jaffer says she doesn't even know where she's supposed to sit.

Seven weeks have passed since the election and she says Prime Minister Justin Trudeau hasn't given those who used to belong to his caucus any indication of how to do their jobs under a Liberal government.

"I'm looking for clarity. Will he appoint a leader, a government leader? Will he appoint a new Speaker? And how is he planning to work with us because the reality is, whether people like it or not, we are there," Jaffer asks.

It's been two years since Trudeau kicked senators out of the Liberal caucus. There are 29 of them now and for the most part they remain intensely loyal to the party. Their vaguely independent status in the red chamber didn't matter so much under a Conservative government. It does now.

Jaffer's comment that she doesn't know where to sit when Senate business resumes on Tuesday may sound funny but it's no joke. No one from the Liberal government has actually told Senate Liberals what their role is and how the place is supposed to run under the new regime.

Who will champion government business?

Trudeau has promised a non-partisan appointment process for future senators, meaning the 22 vacant seats are likely to remain that way for a little while. However, he could designate someone already in the chamber to speak for the government, answer questions during Senate question period, introduce bills and manage other government business.

I'm looking for clarity ... because the reality is, whether people like it or not, we are there.- Senator Mobina Jaffer

"I think it's fair to say there's a level of frustration and unease about this situation," says Senator James Cowan, leader of the Senate Liberals.

When it comes to communication with the government since the election, Cowan says there's been "really none at all."

The senator says he had a phone call and one sit-down meeting with Government House Leader Dominic Leblanc, where the minister said he wanted the Senate to be more independent and less partisan.

Cowan agrees wholeheartedly. "What's been troubling for me in the last year or so of the Harper regime was the unwillingness to accept any amendments or ideas that didn't come from the government."

Cowan says he asked Leblanc whether the government would appoint a new Senate Speaker or name a leader of the government in the red chamber, but that Leblanc told him no decisions had been made. Some of those answers may come today at a news conference with Leblanc and Minister of Democratic Institutions Maryam Monsef.

Senate question period, which one would think requires someone in a position to answer questions, doesn't need a senator to answer them, Cowan says.

"I think to invite ministers to come and appear in the Senate during Senate question period and answer questions from senators, I think that would be a good step and I would encourage the government to do that."

Are Housakos' days as Speaker numbered?

Another crucial senate role is that of Speaker. One is already in place but it's Conservative Leo Housakos, who was appointed earlier this year by then prime minister Stephen Harper.

As far as anyone can tell, Housakos will don the black tri-fold hat to carry out all of his ceremonial duties for the speech from the throne on Friday. He is also hosting an inaugural Senate Speaker's Christmas cocktail reception for parliamentary reporters next week and has an official trip to China planned for January.

Housakos' office says he isn't doing any interviews this week but that the Speaker is eager to continue his work on restructuring the Senate, using the recent report from the federal auditor general as a road map.

But many senators from both sides of the aisle are eager to see a fresh face on the dais. Make that a fresh female face.

Substantial bipartisan support is building for Senator Claudette Tardif to be the next Speaker. Senators describe the fully bilingual official languages champion from Alberta as an intelligent, non-partisan and empathetic person.

There hasn't been a woman speaker since the Liberals were defeated in 1979. Renaude Lapointe and her predecessor Muriel McQueen Fergusson were appointed by Trudeau's father, former prime minister Pierre Trudeau.

How Speakers are appointed is among many ideas senators are considering in a bid to modernize the institution from within.

Conservative Senator Stephen Greene and Liberal-appointed Senator Paul Massicotte have spearheaded a committee of interested senators who have been meeting in private to consider options such as doing away with Senate question period, forming non-partisan regional caucuses, slashing the membership on Senate committees and allowing senators to elect their own Speaker.

"We are still working with our leaders and caucuses to have them agree to our ideas and their implementation ASAP. Progress has been made but nothing firm yet," Massicotte tells CBC News.

And there are other signs of increased non-partisan co-operation in the Senate.

Conservative senators have told CBC News that up to 20 of them have pledged not to play politics and hold up government legislation.

Along with the 22 vacancies in the upper house, there are eight independents and several Liberal-appointees who are regular no-shows — one more reason Trudeau may want to name a government leader and whip in the Senate.

As for where Jaffer and her Senate Liberal colleagues will sit, Cowan says he expects they'll swap seats with their Conservative peers who are now in opposition.