In a rare move, the Senate is insisting on its amendments to the government's wide-reaching overhaul of the country's transportation legislation, sending the bill back to the House for a second time.

By insisting on changes to omnibus bill, Senate could be setting up conflict with the elected House of Commons

In a rare move, the Senate is insisting on its amendments to the government's wide-reaching overhaul of the country's transportation regulations, sending the bill back to the House for a second time.

In a close vote, 43 senators — including all Conservatives and a handful of Liberal and Independent senators present in the chamber — voted to send the bill back to the House of Commons with its changes, while 39 senators voted to accept the House's version of Bill C-49. There were two abstentions. 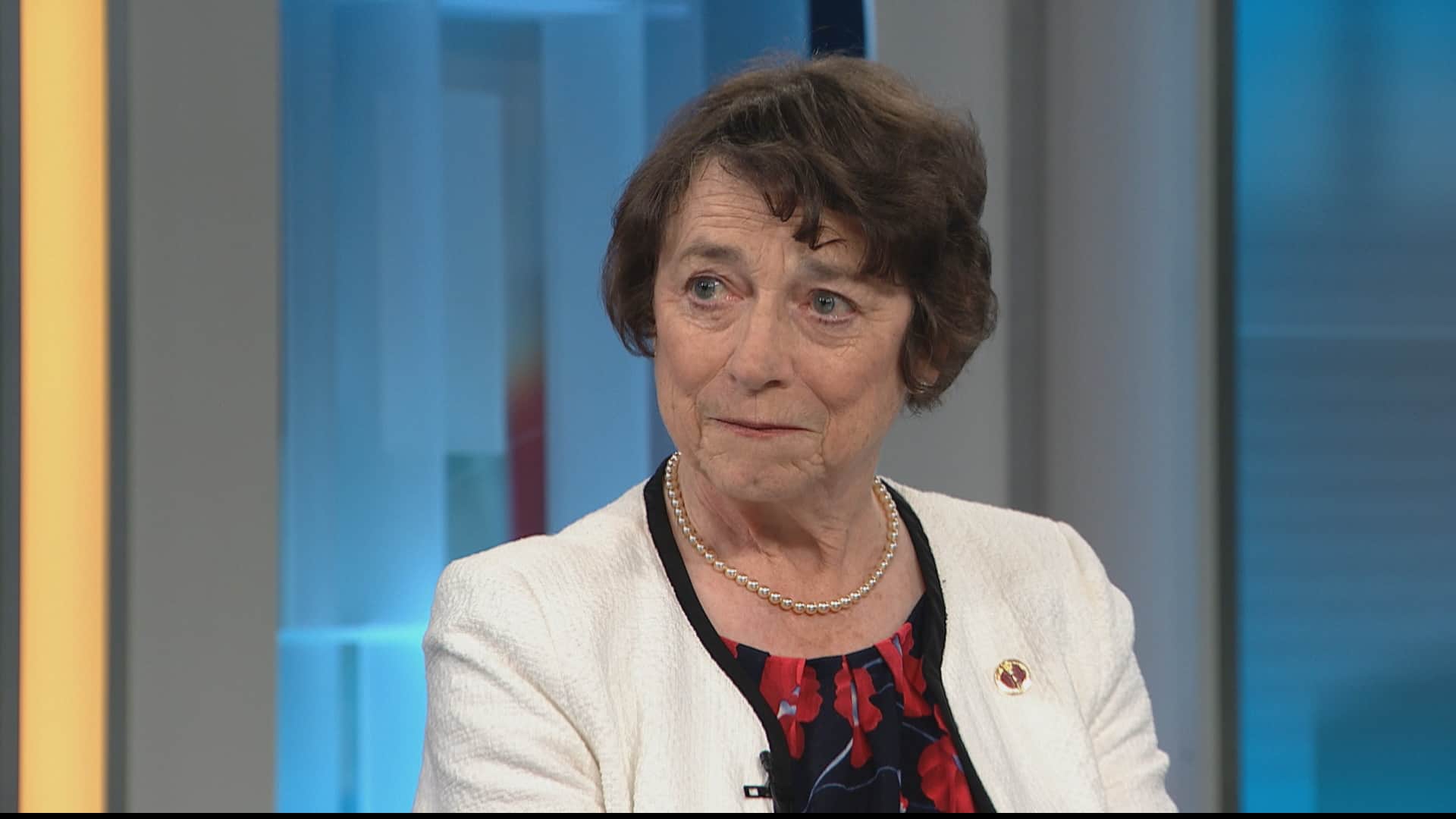 Under the rules, the bill now has to go the Senate's transport committee. There, the committee will draft a report outlining the reasons why the Red Chamber is insisting on its amendments. Then it will go back to the House for a vote.

If the amendments are rejected, there could be a protracted standoff between the House and the Senate — with the bill ping-ponging back and forth between the two chambers until there is some sort of agreement.

The Senate is insisting the House accept Independent Quebec Sen. Rosa Galvez's amendment to the bill allowing for "final offer arbitration," something long demanded by shippers in the agriculture, mining and forestry sectors.

Senators are also insisting on Independent P.E.I. Sen. Diane Griffin's amendment, which relates to rail shipping in the Maritime provinces. Griffin said her amendment is necessary to ensure regional fairness, arguing the current bill treats the Maritimes differently than other regions where there are rail monopolies.

"We'll let the parliamentary process run its course," Marc Roy, the director of communications for Transport Minister Marc Garneau, told CBC News. "We hope the bill passes quickly because farmers are counting on these measures."

The House rejected 12 Senate amendments to the bill — among them an effort by the Senate to remove video and audio recording equipment from train cars that will monitor workers. The Liberal government has insisted these devices are required for safety in the wake of the deadly Lac-Mégantic derailment. 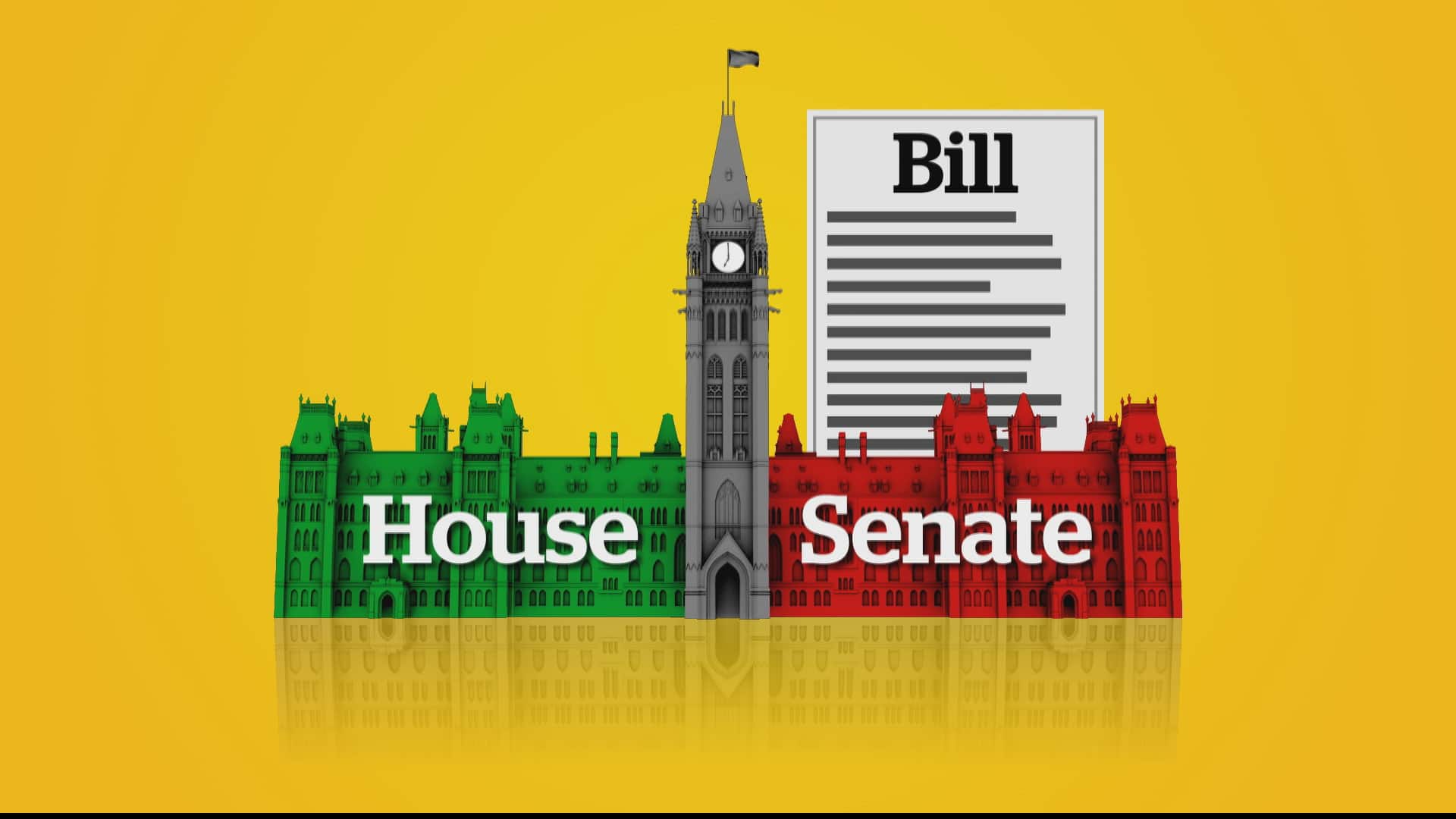 3 years agoVideo
0:28
What happens when a bill from the House arrives in the Senate? 0:28

The last time the Senate sent a bill back to the House for a second time was in 2006, when senators quibbled with former prime minister Stephen Harper's Accountability Act. The Liberals had a majority in the upper house at the time and the Conservatives had a minority government.

In insisting on their two amendments, senators rejected an impassioned plea from the government's representative in the upper house, Peter Harder, to accept the House version. Harder said the Senate should defer to the elected chamber of Parliament.

"Honourable senators, we have been thorough and we have been heard in the other place. Let me conclude by asking that we finish this important work so that Canada's farmers can know that the crops they are planting this spring will, in time, find their way to market without the delay and uncertainty that would be generated through disagreement between the two chambers of this Parliament," he said.

Farmers have been eagerly awaiting a part of this transport omnibus bill which, if passed, will give the government the tools to help farmers with cash flow and compel railways to move grain or face penalties. Railways are opting these days to transport more oil — a more lucrative commodity — and in the process are often leaving grain farmers high and dry.

The government decided to roll those changes into a larger bill that also lays the groundwork for the creation of an airline passenger bill of rights, among other changes to the country's transportation regulations.