The leader of the federal opposition has sent a letter to the prime minister demanding he cede the solicitor-client privilege the former attorney general of Canada says prevents her from commenting on the SNC-Lavalin case.

The leader of the federal Opposition has sent a letter to the prime minister to demand he cede the solicitor-client privilege that former attorney general Jody Wilson-Raybould says prevents her from commenting on the SNC-Lavalin case.

The request is outlined in a letter sent by Andrew Scheer on Sunday morning, pushing for Justin Trudeau to allow Wilson-Raybould to speak about allegations she was pressured by the Prime Minister's Office (PMO) to help the Quebec construction company avoid criminal prosecution.

It comes on the heels of a Globe and Mail report last week, citing anonymous sources, that members of Trudeau's office tried to press then-Justice Minister Wilson-Raybould to have federal prosecutors negotiate a "remediation agreement" with SNC-Lavalin rather than move ahead with legal proceedings.

The Quebec engineering and construction giant has been charged with fraud and corruption in connection with payments of nearly $48 million to public officials in Libya under Moammar Gadhafi's government, and allegations it defrauded Libyan organizations of an estimated $130 million.

A senior government official told CBC News the new justice minister, David Lametti, is being asked for his advice on waiving that privilege. (Wilson-Raybould was shuffled to the post of minister of veterans affairs last month.)

The official added that the House of Commons justice committee will be left to make its own decisions and that the prime minister still has confidence in Wilson-Raybould.

Justice committee chair Anthony Housefather told CBC News he would be convening an emergency meeting on Wednesday to discuss the proposal from the Conservatives and the NDP asking for high-level government officials to testify.

He added that the committee will then determine if they want to take action, and what that action should be.

On Friday, Wilson-Raybould released a statement saying that as the government's top lawyer, she is bound by solicitor-client privilege and cannot publicly talk about aspects of the case.

That's what Scheer is pushing for.

Scheer notes that two former prime ministers waived that legal right in order to co-operate with different investigations: Stephen Harper during the investigation into Sen. Mike Duffy's expenses, and Paul Martin, who waived cabinet confidence during the Gomery inquiry into the federal sponsorship scandal.

'Something you wish to keep hidden'

"Canadians deserve answers on this 'matter,' as the allegations surrounding it strike at the very heart of fair and impartial law enforcement and prosecutorial functions, themselves vital to the rule of law and to our democracy," the letter continues.

"If you do not meet this obligation, Canadians can only conclude that there is something you wish to keep hidden."

Earlier this week, Scheer, backed by the NDP, called for an emergency meeting of the Commons justice committee to question high-ranking officials — including Wilson-Raybould herself. 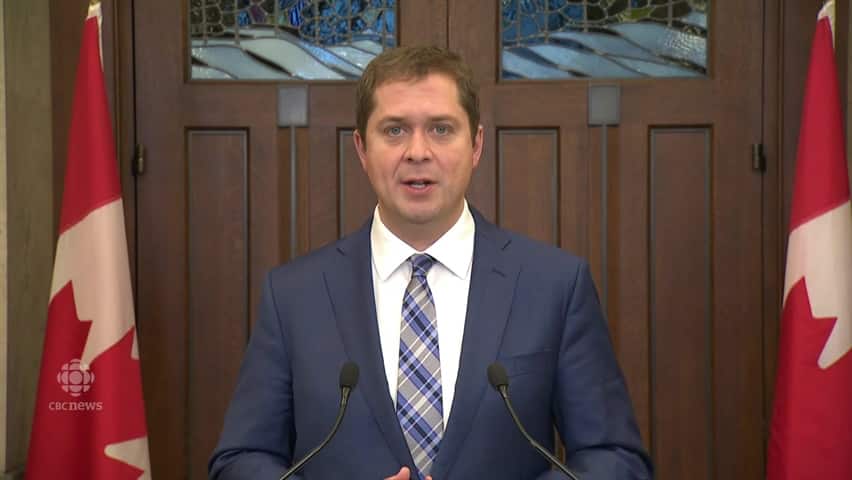 He also suggested the Conservatives are looking into "legal avenues" if the governing Liberals "continue to cover this up," though he didn't specify what those options would be.

The federal lobbyist registry shows representatives of SNC-Lavalin logged more than 50 meetings with federal officials and parliamentarians on subjects that included "justice" and "law enforcement."

The company is contesting the case and has pleaded not guilty. The case is at the preliminary hearing stage.