After weeks of mounting criticism of his election performance, Andrew Scheer announced today he is stepping down as Conservative Party leader — a surprise move bound to upend Canadians politics for the foreseeable future.

After weeks of mounting criticism of his election performance, Andrew Scheer announced today he is stepping down as Conservative Party leader — a surprise move bound to upend Canadian politics for the foreseeable future.

The drama of this morning's announcement continued into the evening as the Conservative caucus gathered for an emergency meeting. After a 45-minute gathering, MPs emerged to announce they had voted unanimously to have Scheer stay on as leader — despite growing concerns about his use of party money to help send his five children to private school.

Earlier in the day, the leader of the Official Opposition told the House of Commons choosing to resign was "one of the most difficult decisions" he has had to make, one that happened after long conversations with people close to him following the Oct. 21 election.

"In order to chart the course ahead, this party, this movement, needs someone who can give 100 per cent to the efforts, and after some conversations with my kids, my loved ones, I felt it was time to put my family first," Scheer said, as his wife Jill looked on from the House of Commons gallery.

Sources who spoke to CBC News paint a different behind-the-scenes picture, however.

Scheer told the Conservative caucus of his decision to resign at the end of a Thursday morning meeting to discuss the party's position and strategy on the revised NAFTA deal, according to sources who were inside the room and who spoke to CBC News on condition they not be named. 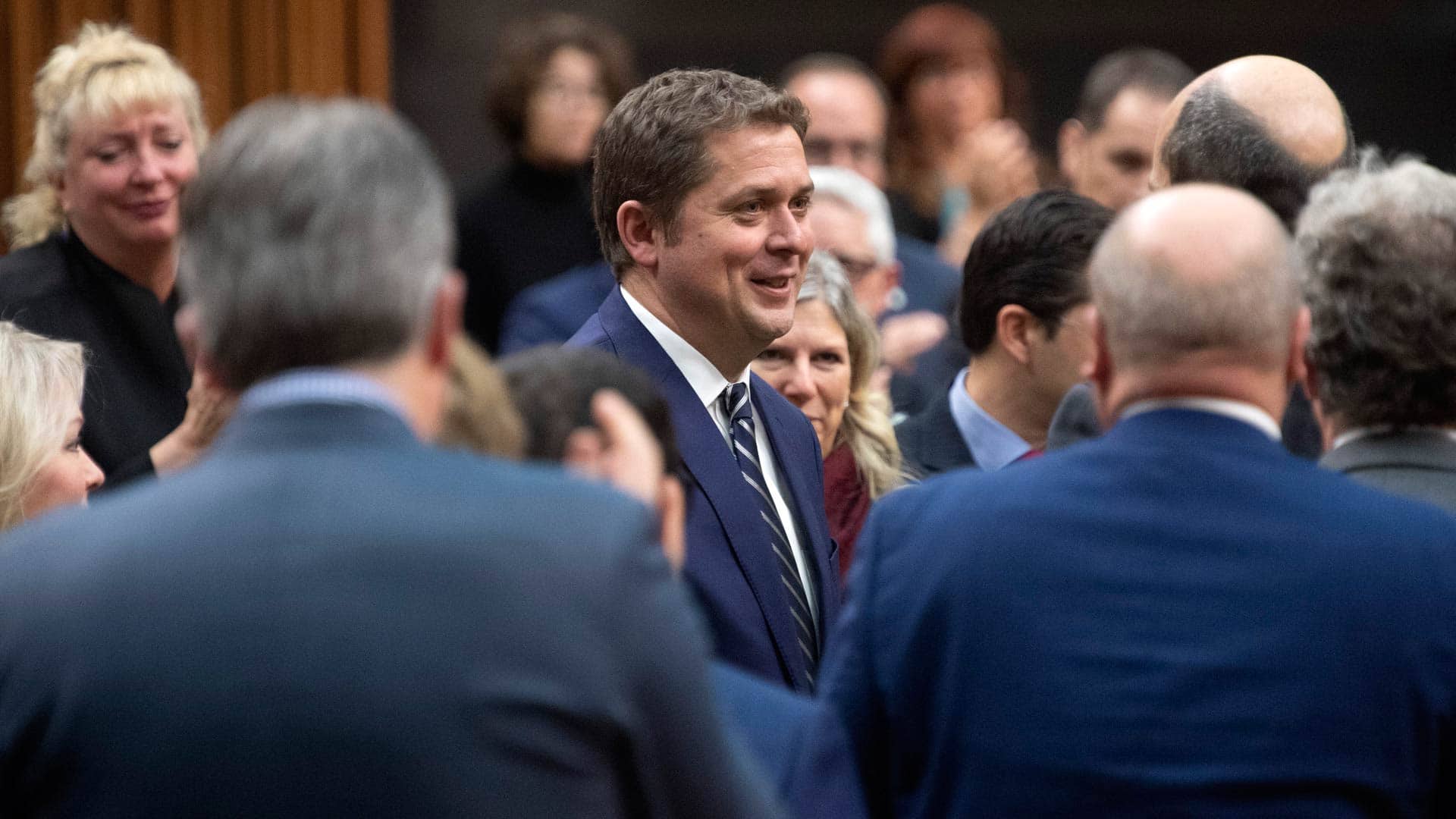 Scheer steps down as Conservative Leader

1 year agoVideo
8:56
Andrew Scheer informs Parliament that he will be stepping down as Conservative leader, but will stay on until a new leader is chosen. 8:56

According to sources, an emotional Scheer recounted a lengthy late-night conversation he had with his oldest son last week, saying it left him feeling he didn't know his son well enough.

Scheer also told caucus the job was taking a toll on him and his family.

There has been a split within the party over Scheer's future ever since the election, when he failed to capitalize on the jaw-dropping, mid-campaign revelation that Prime Minister Justin Trudeau had repeatedly dressed in blackface.

Several failed candidates and party operatives have publicly questioned his leadership and suggested he should step aside.

Sources told CBC News the attacks on his leadership from within the party were undermining Scheer's leadership.

One of those attacks, as Global News first reported Thursday, involved someone preparing to leak a report that the party had paid for his children's private school tuition — a move aimed at turning the party's membership against him and forcing him out.

Scheer's office confirmed to CBC News that the Conservative Party was paying the difference between the cost of private school tuition for Scheer's kids in Saskatchewan and the higher cost of tuition in Ottawa, along with some other expenses. That cost was described as "minimal," but amounted to thousands of dollars.

His office insisted the tuition matter was not the reason for Scheer's resignation.

"Shortly after Mr. Scheer was elected leader, we had a meeting where I made a standard offer to cover costs associated with moving his family from Regina to Ottawa," Dustin van Vugt, executive director of the Conservative Party, said in a media statement.

"This includes a differential in schooling costs between Regina and Ottawa. All proper procedures were followed and signed off on by the appropriate people."

However, sources say Conservative Fund members did not know about the private school funding and were in the process of looking into it when Scheer quit.

They told CBC they do not view his decision as coincidental.

"I don't know of any leader who has put their kids into private school at the expense of the party," she said.

"People felt that this was unacceptable and inappropriate. These were not moving expenses, this was a lifestyle subsidization." 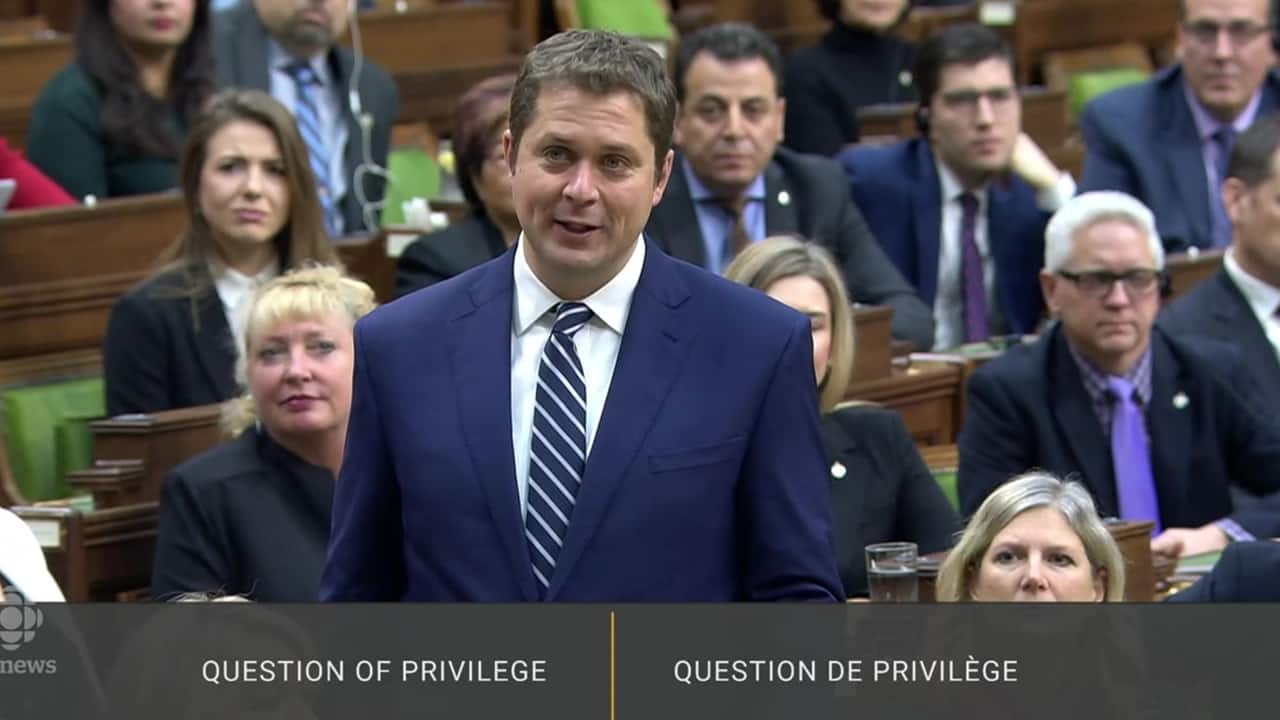 1 year agoVideo
0:41
Andrew Scheer says he will be asking the national council of the the Conservative Party to begin the search for a new leader. 0:41

Scheer, who was first elected to the House of Commons 15 years ago at age 25, said in his statement in the House he plans to stay on until a new leader is chosen and will continue to represent his Regina-Qu'Appelle constituents "for the near future."

After the second caucus meeting, Calgary MP Tom Kmiec said Scheer did address some of the news reports about private schools but wouldn't go into details, citing caucus confidence.

"He did address some of the articles, but the main issue is our party constitution and ensuring we do right by the members," Kmiec said.

Until today, Scheer had given every impression of digging in and defending his leadership.

I don't know of any leader who has put their kids into private school at the expense of the party...These were not moving expenses, this was a lifestyle subsidization.- Conservative strategist Jenni Byrne

"I am staying on to fight the fight that Canadians elected us to do. Now is not the time for internal divisions or internal party politics. That is an unfortunate part of the Conservative tradition in this country, but it's essential that we stay focused on the task at hand," he said on Nov. 28.

"I will be making the case to our members that we need to stay united and focused, and will be seeking a mandate to do that in April."

Issues on the campaign trail

Supporters had pointed out that Scheer led the party through the election campaign to an increased seat count and a boost in popular support, and managed to hold the governing Liberals to a minority, but detractors said his campaign failed to capitalize on a series of Liberal scandals and missteps.

Scheer has been dogged by questions over his positions on abortion and same-sex marriage, which many people inside and outside the party say are out of step with the majority of Canadians. During the campaign, he also had to answer questions about his dual Canada-U.S. citizenship and whether he misrepresented himself when he said he'd worked as an insurance broker. 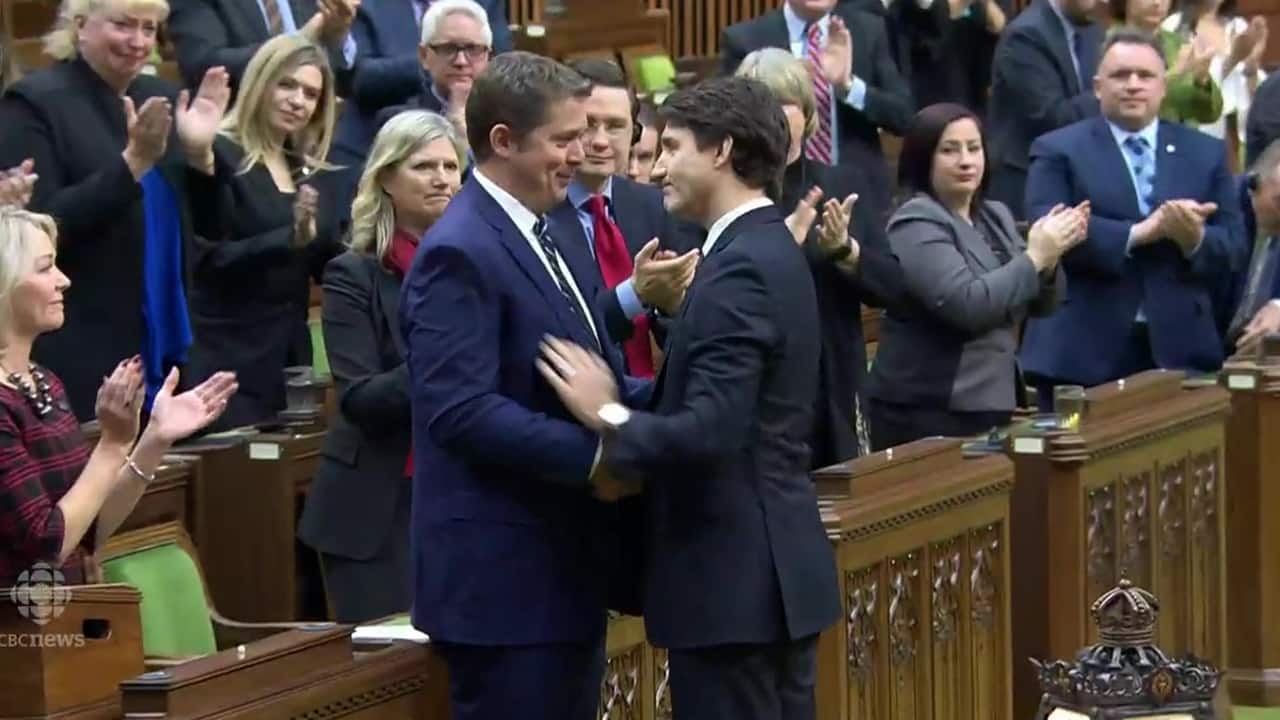 Trudeau thanks Scheer for his dedication

On Thursday, Scheer called for party unity and said he will support his successor "100 per cent."

"Our Conservative team is always stronger when we are united."

In his statement in the House, Scheer said he will be asking the party's national council to start the search for a new leader as soon as possible.

Party spokesperson Cory Hann said the council will form a leadership election organizing committee, which will set the rules, procedure, process and timelines for a leadership convention. 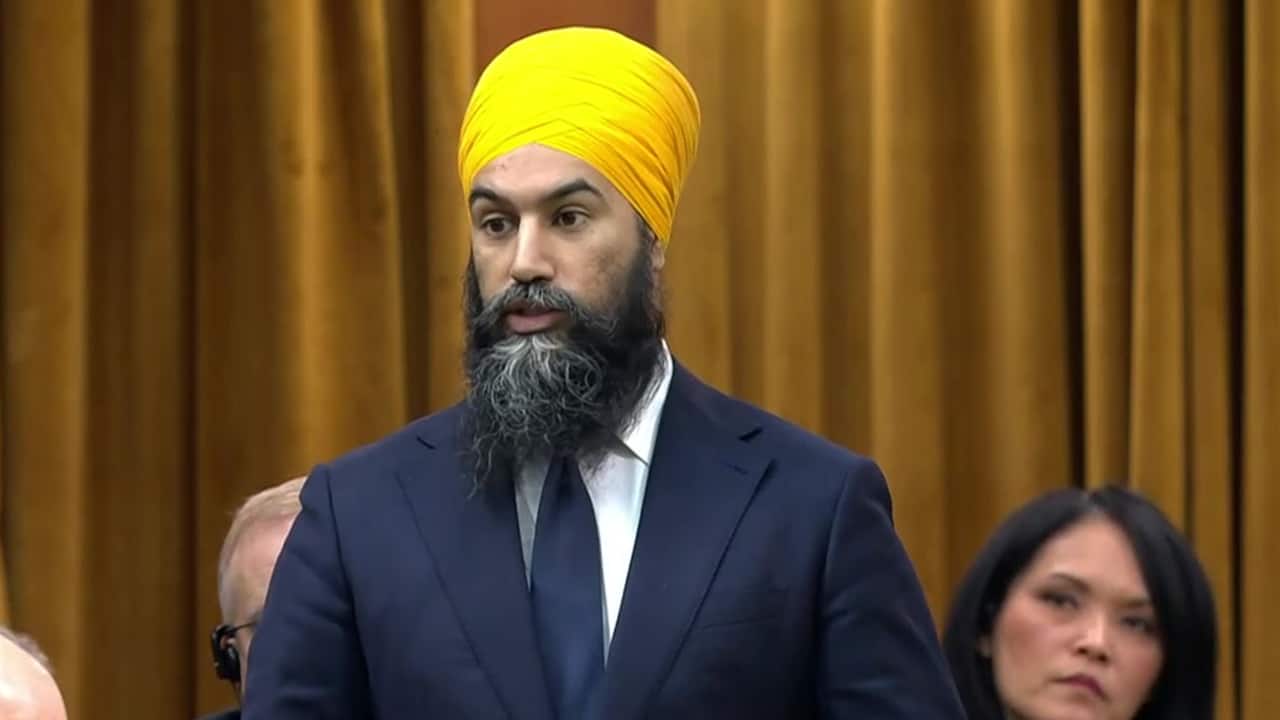 NDP Leader Jagmeet Singh thanks Conservative Leader for his service

1 year agoVideo
1:29
NDP Leader Jagmeet Singh pays tribute to Andrew Scheer in the House, after the Conservative Leader announced he was stepping down. 1:29

Former cabinet minister John Baird was brought in to review the Conservative Party of Canada's election performance. While thanking Scheer and his family in a tweet Thursday, Baird said that work continues.

I want to thank <a href="https://twitter.com/AndrewScheer?ref_src=twsrc%5Etfw">@AndrewScheer</a> for his service as Leader of the Conservative Party &amp; Leader of the Opposition, and recognize Jill and the family’s contribution. Some media reports this morning have falsely indicated that I have submitted my review of the 2019 campaign <a href="https://twitter.com/hashtag/cdnpoli?src=hash&amp;ref_src=twsrc%5Etfw">#cdnpoli</a> 1/2

After Scheer made the formal announcement in the House of Commons today, he received a standing ovation on both sides of the aisle.

Trudeau praised Scheer's family for making "significant sacrifices" and saluted his work in politics, first as an MP, later as House Speaker and then as Conservative leader.

"I know the member opposite has shown tremendous strength and compassion as he has done that, through tragedies, difficulties, victories and more challenging moments, and I very much wish him all the very, very best in his next and exciting steps, whatever they may be," he said.

"I wish Andrew Scheer all the best as he undertakes this new chapter in his life, and thank him for his service as the head of her Majesty's Loyal Opposition and leader of the Conservative Party," said the Progressive Conservative leader.

"I also want to take this opportunity to give my best wishes to Mr. Scheer's wife Jill and their five children."