A move by new Conservative Leader Andrew Scheer's campaign has made it much tougher for average Canadians to consult the policy positions that won the hearts and minds of Conservative Party supporters.

Website transformed before Saturday's final vote was even announced

A move by new Conservative Leader Andrew Scheer's campaign has made it much tougher for average Canadians to consult the policy positions that won the hearts and minds of Conservative Party supporters.

Finding Scheer's policy positions used to be as easy as clicking on his website, where his thoughts on 26 policies were laid out — from "Prioritizing Real Refugees" and "Standing up for Religious Freedom," to "Freer Trade" and "Cheaper Flights."

But in the wake of Saturday's leadership vote, Canadians who went looking for that website — trying to find out more about the man who pulled off the come-from-behind upset victory — would've come up empty.

Sometime Saturday, before the results of the final vote were even announced, Scheer's campaign team transformed the site. Instead of the one that had been up for months with the candidate's policies, news releases and biography, visitors were greeted with a photo of Scheer and a message simply saying "thank you."

Late Monday afternoon, even that disappeared and visitors were instead redirected to the website of the Conservative Party of Canada.

Scheer's campaign Facebook page is still live, including videos where he talks about his various policies, like scrapping the carbon tax or eliminating the HST/GST from home energy. However, the accompanying links, meant to direct visitors to additional details, no longer work.

A dozen of Scheer's policy pages — on subjects like "Tax Savings on Home Energy," defending democracy and "Common Sense on Firearms" — can be accessed indirectly by using tools like the Internet Archive.

But others — including his positions on refugees, supporting Israel, supply management, free speech on campus and accountability for First Nations — cannot.

A spokesperson for Scheer defended the move, saying all campaigns immediately take their websites down after a vote.

However, a review by CBC News found that the vast majority of other candidates' websites, including their policy positions, were still online as of Monday evening. Only two of the other 12 final candidates had changed their websites: Erin O'Toole and Pierre Lemieux.

NDP MP Alexandre Boulerice questioned why a leadership candidate would make their positions inaccessible so quickly after the campaign.

"It's fairly strange; there is something fishy about it. Normally if you campaigned with a platform and a program, and you won, you want to continue to spread your ideas," he said.

"We're incapable of verifying what words he used exactly, what promises he made, what undertakings he has made ... What does Mr. Scheer have to hide, to erase all trace of his election platform?"

Canadians can still consult the policy positions that the Liberal Party adopted in the 2015 election campaign, pointed out Liberal MP Francis Drouin.

Bishay dismissed any suggestion that Scheer's campaign team changed the website in order to hide his policy positions, saying she "wouldn't characterize it that way at all."

The spokesperson said news releases were issued throughout the campaign, in addition to interviews and news reports. But she could not point to a singular place where average Canadians could currently consult the policies and campaign promises that won Scheer the leadership. 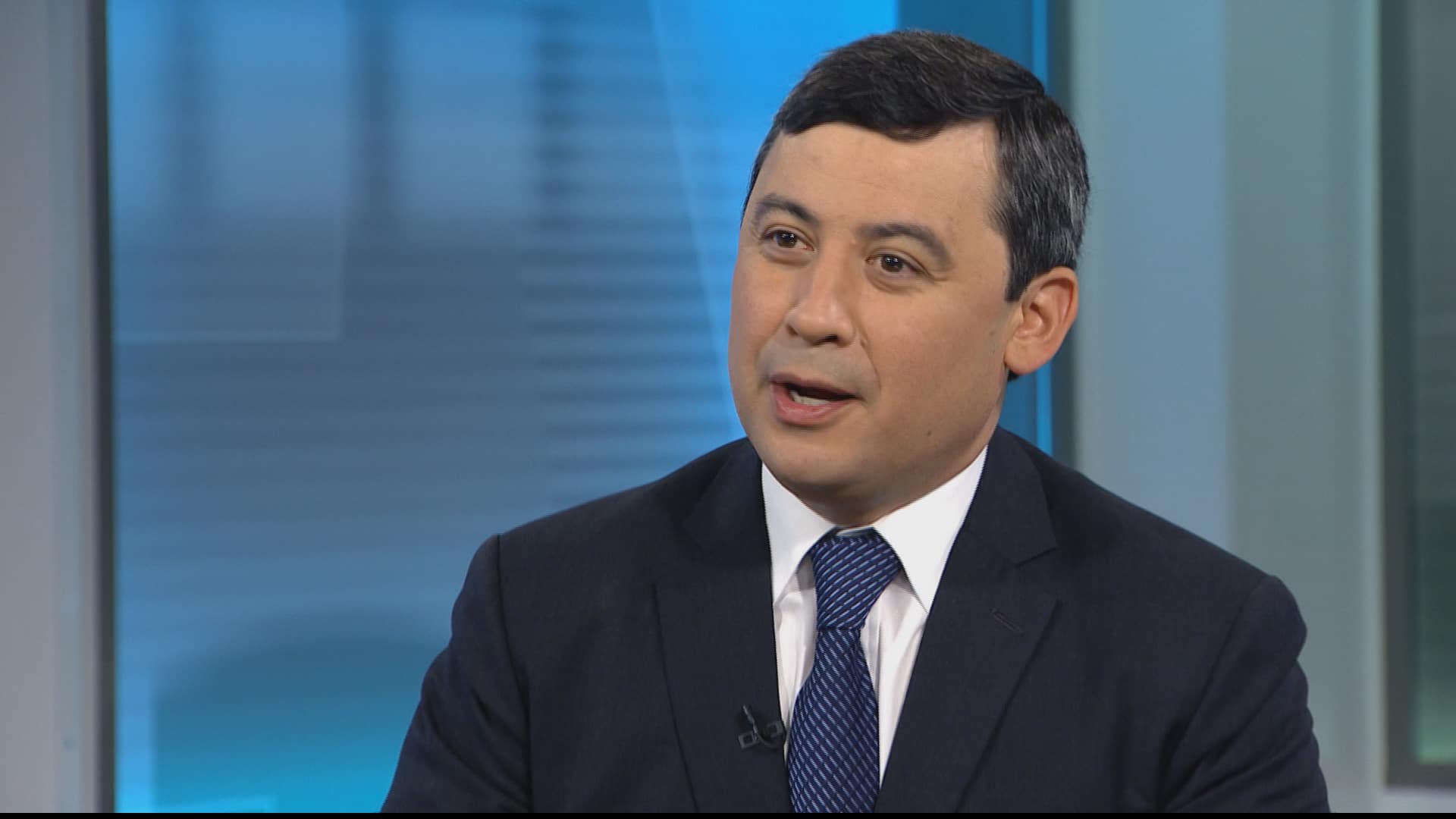 3 years ago
7:27
Ontario MP Michael Chong says “we need to have a credible policy on emissions” 7:27