A former New Democrat MP wants Ottawa’s ethics watchdog to take another look at whether Defence Minister Harjit Sajjan was in conflict of interest when he turned aside demands for an inquiry into the treatment of prisoners during the Afghan war.

The unexpected, fiery political argument over Defence Minister Harjit Sajjan's role during the Afghan war could breathe new life into an old complaint before the conflict-of-interest commissioner.

At least that is what former New Democrat MP Craig Scott is hoping.

An emotional debate was touched off last week when Sajjan, in an April 18 speech in India, described himself as the "architect of Operation Medusa," one of the biggest battles fought by Canadian troops during the Afghan war.

Former soldiers with direct knowledge of his role told CBC News Sajjan was a liaison officer with the local Afghan leadership, who provided critical intelligence and insight that helped shape the battle, but he did not plan the September 2006 operation west of Kandahar city.

Sajjan has apologized, and did so repeatedly during the weekend on social media. But that has not been enough to calm critics, including the Conservatives who are expected to use the resumption of Parliament on Monday to press for his firing — or resignation.

The contrast between Sajjan's comments in India and what he told ethics watchdog Mary Dawson a few months ago is what has piqued Scott's attention.

Sajjan stated that he deployed to Afghanistan as a reservist and was "responsible for capacity-building with the local police forces." 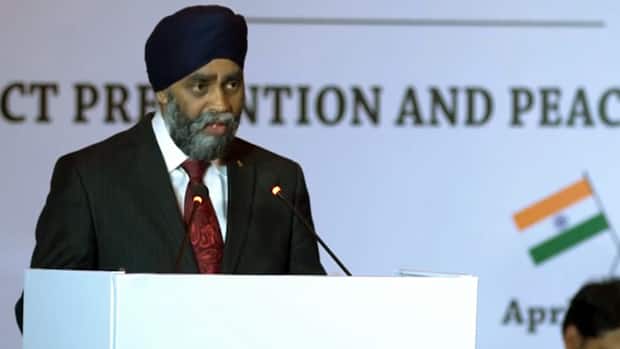 3 years ago
11:18
Canada's minister of defence has clarified recent remarks in which he claimed to be the 'architect' of a major 2006 land battle against the Taliban in Afghanistan 11:18

Scott says he believes the minister gave the commissioner a benign description in order to get out of the conflict-of-interest complaint.

"While his boast in New Delhi was indeed less than truthful, the much bigger deception is his attempt to make Commissioner Dawson believe he was only a mere reservist working with police on 'capacity-building'," said Scott, a law professor who lost his Toronto-Danforth seat in 2015.

Scott has been leading the charge to convince the Liberal government to hold an inquiry into the treatment of suspected Taliban prisoners, who human rights groups claim were tortured by Afghan officials.

In opposition, the Liberals championed such an inquiry and Scott delivered an e-petition to Parliament last spring demanding one.

Sajjan, responding on behalf of the government, turned down the plea.

At the time, he said the matter had been investigated by the Military Police Complaints Commission and that Canada had obeyed international law.

'Led the commissioner down the garden path'

That touched off a complaint to the ethics watchdog, with Scott arguing Sajjan — because of his role in Kandahar — had a vested interest in not seeing an inquiry take place.

Dawson declined to investigate last winter, but in a letter to Scott she said she was left "with concerns."

The commissioner did question Sajjan, but said in the end she was satisfied he simply conveyed the government's decision and didn't know anything of the alleged torture of prisoners.

Scott said Sunday that minister "led the commissioner down the garden path" and the conflict investigation needs to be re-opened.

"Minister Sajjan needs to account for being less than truthful with the Ethics Commissioner," he said.

"It is a very serious matter if it turns out a minister lied or otherwise knowingly misled an Officer of Parliament (and) there remains an underlying conflict of interest in that Sajjan is blocking an Afghan-detainees commission of inquiry for which he would be a crucial witness."

Contacted Sunday, a spokeswoman for Sajjan said the minister has no comment on Scott's renewed bid for an investigation.

Last November, in an interview with CBC News, Sajjan said the ethics complaint was an attempt to make "political hay" where there is none.

"I was not involved in any potential type of conflict here," he said. "Somebody is trying to turn this into a political situation."

'Myth and folklore around my position'

Sajjan also said his role in Afghanistan had been exaggerated in the aftermath of his election to Parliament.

"There is a lot of myth and folklore around my position," he said. "I was always a reservist. People talk about the great intelligence work I did, but keep in mind I was never an intelligence officer. I was brought in for my policing experience and my understanding of cultural aspects."

Scott said the question of what the former Conservative government knew of the alleged torture carried out by local Afghan authorities is crucial to Canada's reputation.

Knowingly handing prisoners over to torture is considered a war crime under international law.

The issue was at the centre of a number of political crises between 2007 and 2010.

The minority government of former prime minister Stephen Harper was almost brought down over its refusal to hand over documents related to the issue. 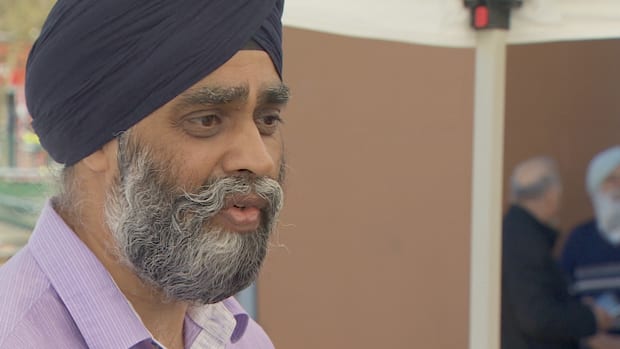 3 years ago
1:23
Canada's defence minister is apologizing again for exaggerating his role in a major military operation in Afghanistan. 1:23
CBC's Journalistic Standards and Practices|About CBC News