The 'taboo' against the use of chemical weapons may be fading, says Britain's military chief

The head of the British military said the international community must strive to avoid the use of chemical weapons once again becoming the norm. Air Chief Marshal Sir Stuart Peach, in an interview with CBC News, said the "taboo" over weapons of mass destruction is being challenged by recent events.

The use of chemical weapons — by nations or terrorists — cannot be allowed to become the new normal, says Britain's top military commander.

In an interview with CBC News, Air Chief Marshal Sir Stuart Peach said the nerve agent attack on a former Russian spy and his daughter in Salisbury last month has profound implications for western militaries.

It "is a moment to take stock," said Peach, the British chief of the defence staff, who is in Ottawa this week for meetings.

The poisoning of Sergei and Yulia Skripal "demonstrates, tragically, that the use of nerve agent in this case, chemical weapons, is now reality and therefore in military terms we need to make sure … we are vigilant and ready to respond to that wicked use."

The Geneva Protocol — the initial treaty banning chemical and biological weapons — has been the international benchmark for such weapons for over eight decades.

The development, production and stockpiling of chemical weapons has continued throughout the years. Many nations have them. Almost no one uses them.

Most militaries train to fight and survive in environments compromised by chemical, biological and nuclear weapons. Almost none of them truly expect to be faced with that kind of scenario.

It's the so-called "non-state actors" that western militaries worry about the most.

That fear came to life in 1995, when terrorists unleashed sarin gas in the Tokyo subway system, killing 12 people.

A weapon of terror becomes a tool of state power

But the inhibitions that keep nations from using chemical weapons as instruments of state power appear to be weakening, Peach said.

"We've seen enough evidence to suggest both in Syria and, tragically, now on our own streets in Salisbury, the taboo has been challenged," he said.

Forces loyal to Syrian dictator Bashar al-Assad have been accused repeatedly of attacking their own people with chlorine gas and other chemicals during the country's brutal seven-year civil war.

The attempted murders in Salisbury were immediately linked by the government of Prime Theresa May to Moscow, prompting friendly nations around the world to expel Russian diplomats from their territory.

Recently, the U.K.'s Defence Science and Technology Laboratory stated that samples taken from Skripal and his home had been found to contain the military-grade nerve agent 'novichok'.

No country other than Russia is known to have novichok. The lab could not, however, state unequivocally that Russia had been the source of the nerve agent — something Moscow has jumped on in a bid to discredit the expulsion of its diplomats and the accusation that it sanctioned the attack.

"We are convinced the only plausible explanation can be the use of this agent by Russia," said Peach, who added the ongoing international investigation by the Hague-based Organization for the Prevention of Chemical Weapons is important. "And we continue to work with them to demonstrate the type of agent that was used."

It is too early to say how the fallout from this episode will affect East-West relations, he said. 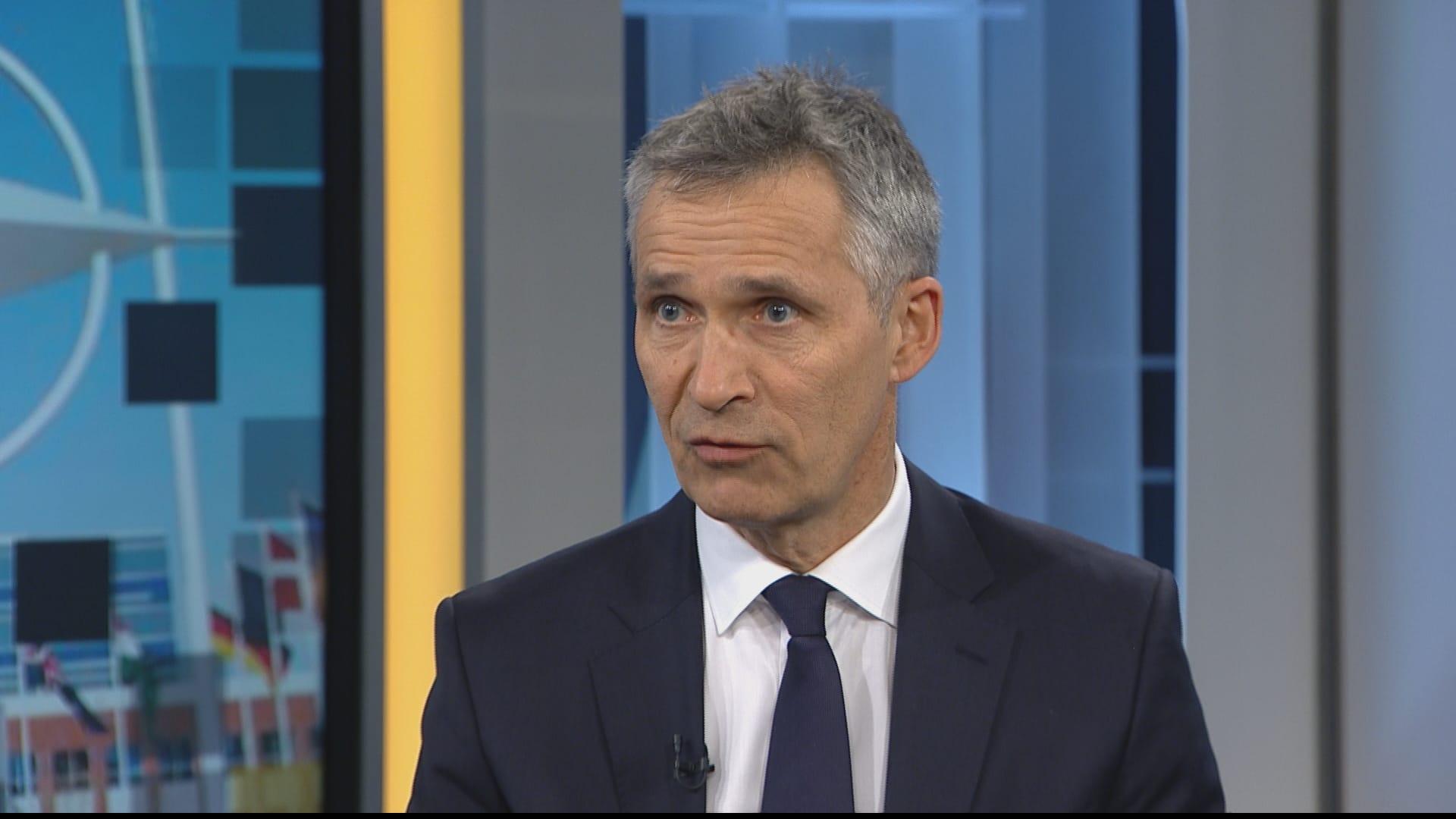 3 years agoVideo
10:10
The Secretary General sits down with the CBC's Vassy Kapelos for Power & Politics. 10:10

Peach, who will soon take over as the chairman of NATO's military council, praised Canada's recent expulsion of four Russian diplomats, all of whom left the country on Thursday.

It was a strong show of solidarity and a reminder of the links forged during the First World War, a time when both countries used poison gas and faced it on the battlefield.

Canadian troops were among the first to be subjected to chemical warfare when the Germans deployed chlorine gas during the second battle of Ypres in 1915.

It is estimated that over 90,000 people were killed and 1.2 million were wounded by the use of poison gas during that conflict.

The 100th anniversary of the armistice is fast approaching and the lessons of that time should not be lost or forgotten, Peach said.

"It echoes down the ages for me," said Peach, who is also chairman of the Imperial War Museum in London. "We look back on the past to make sure we don't repeat mistakes in the future."