The Russian embassy is firing back at Prime Minister Justin Trudeau for criticizing President Vladimir Putin at a news conference this week.

But a leading expert on Russia and the Arctic is dismissing the dust-up as the result of a mistaken prime minister, and a junior Russian diplomat with an itchy Twitter finger.

Trudeau said on Wednesday during a Toronto press conference that Putin needs to start playing a more positive role in the world on a variety of fronts, from Ukraine, to Syria, to the Arctic, as well as answering for Russia's role in the nerve gas attack in Britain two weeks ago.

The embassy tweeted its response on Thursday, accusing Trudeau of using confrontational and unproductive rhetoric.

Trudeau also said on Wednesday that Canada needs to be vigilant about protecting the integrity of its electoral systems from foreign interference. However, the Russian Embassy tweet did not mention election meddling.

Trudeau's remarks came after several recent warnings about possible Russian interference in the 2019 Canadian federal election from eastern European diplomats in Ottawa, as well as a top NATO researcher.

Trudeau listed some positive behaviour he said he'd like to see from Putin. 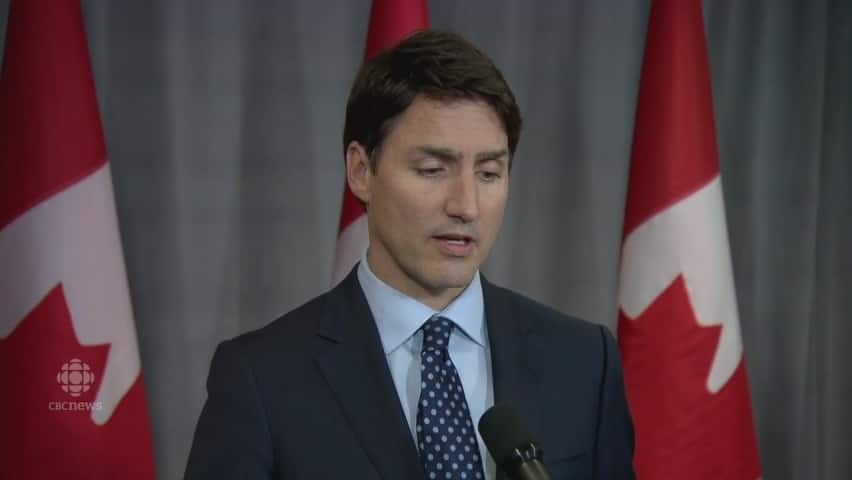 Trudeau on working with Putin

3 years agoVideo
0:44
The Prime Minister was asked in Toronto on Wednesday how he will work with the re-elected Russian President 0:44

The House of Commons unanimously adopted a motion this week that blames Russia for what it calls a despicable nerve gas attack in Britain that hospitalized former double agent Sergei Skripal and his daughter Yulia in the city of Salisbury. The British government says they were victims of a Russian nerve agent.

The Arctic gets dragged into the exchange

Trudeau's final example of the Arctic drew the ire of the Russian Embassy in its tweet. The Arctic is one area where the two countries have tried to co-operate through the Arctic Council and bilaterally.

"This language of ultimatums is totally unacceptable & counterproductive, especially for bilateral dialogue on important issues, like the Arctic."

Trudeau's office did not reply to a request for comment on why he included a reference to the Arctic in his remarks, or whether Canada's Arctic policy had taken a negative turn with Russia.

Michael Byers, an expert on the Arctic, dismissed the affair as an inconsequential chain of events.

"The prime minister made a tiny mistake and a junior diplomat picked up on it. End of story," said Byers, the Canada Research Chair in Global Politics and International Law at the University of British Columbia.

Byers said he has travelled to Moscow and met with Russian foreign ministry officials as part of his work on Arctic foreign policy.

"The Arctic is one of just a couple of places where Russian-Western co-operation remains good."

Byers also said no weight should be attached to the fact the statement was made on a Twitter account linked to the Russian Embassy.

He said the account is run by a press secretary "who is a very active tweeter — you might even call him a troll."

"Yes, he is an employee of the Russian foreign ministry, but he is a long way from the centre."