Mexico's foreign secretary says everyone should be worried about the kind of anti-immigration sentiment coming out of the United States now, because it shows a lack of respect for countries that are supposed to be allies.

Claudia Ruiz-Massieu says it's time to 'step up' and combat false information being spread in U.S. 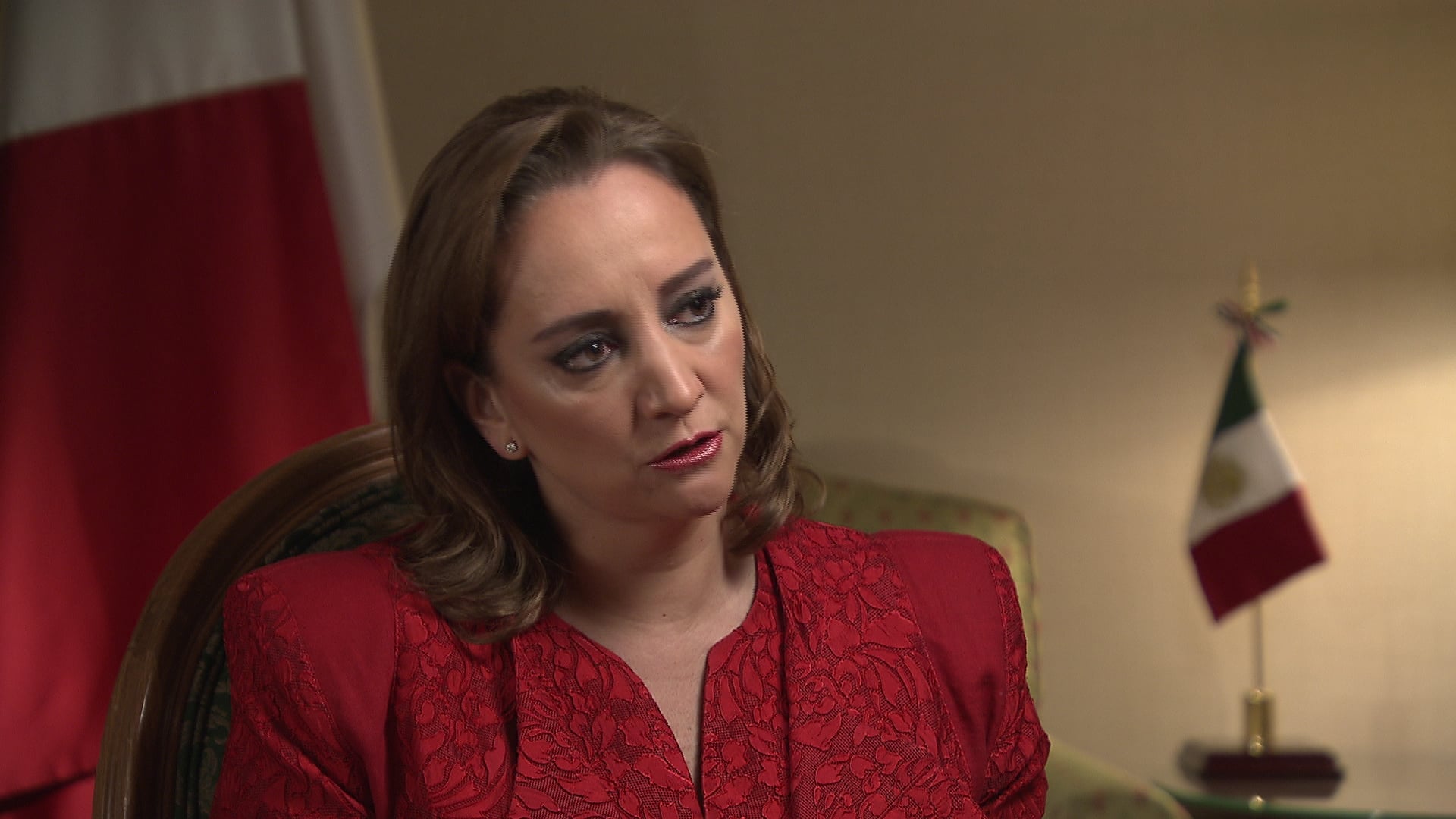 'This kind of rhetoric...should be worrisome to everyone'

Mexico's foreign secretary says everyone should be worried about the kind of anti-immigration sentiment coming out of the United States now, because it shows a lack of respect for countries that are supposed to be allies.

"I think this kind of rhetoric and this kind of language is not only offensive or disparaging to Mexicans, I think it should be worrisome for anyone that believes that people have the same rights," Claudia Ruiz-Massieu told CBC News Network's Power & Politics.

"You should not use stereotypes or negative categories to talk about countries and peoples that are your friends, your allies — and should be accorded the same respect as anyone else."

Ruiz-Massieu made the comments in an interview with host Rosemary Barton. The secretary is visiting Canada as a part of the North American Leaders Summit, known as the Three Amigos summit, which she says offers an opportunity to counterbalance the negativity associated with Donald Trump's run for the U.S. presidency.

"This North American Leaders' Summit comes at a very good time, because we as a North American region that shares a vision in terms of how we can build better opportunities and more prosperity and more competitiveness together than we do apart, we are largely a success story," she said.

While reaffirming a Mexican convention that elected officials from that country do not comment on the elections of other countries, Ruiz-Massieu said that Trump's habit of ignoring the "truth and the facts" has forced her to break that rule.

Ruiz-Massieu said that in the U.S. more than six million jobs depend on the U.S.-Mexico relationship and that for every dollar of goods exported by Mexico to the U.S. about 40 cents is an "American component."

"When you start talking about these things, what it means for people in specific cities in the United States, in specific states within the American union, people they stop and say, 'We didn't know this. I didn't know that we're integrated, that my job depends on this relationship,'" she said.

Now is the time, she says, to "step up" and start confronting false information by speaking the truth, talking about the facts and focusing on the strengths that Canada, Mexico and the U.S. have when they work together.

She also seemed to be onside when it comes to Canada's decision to legalize marijuana. She noted that Mexican President Enrique Pena Nieto has sponsored a bill that would make medical pot legal and would increase the quantity someone can carry on their person for personal use from five grams to 28.

While her government is only increasing the personal amount in an expansion of its decriminalization policy, she noted that drug policy must be a shared responsibility across countries.

"There would be no production if there were no demand. So we're all in this together," she said.

"If Canada is looking to legalize marijuana, we're certainly going to be looking, and that's going to impact our debate, but we are having that debate in Mexico as well."