Over 20 years ago, we had a plan to repair the Crown-Indigenous relationship. What happened?

Almost a quarter-century ago, Canada had a comprehensive plan to repair the Crown-Indigenous relationship. Is it time to revisit the final report of the Royal Commission on Aboriginal Peoples?

"The time seems opportune; indeed, the cracks in the existing relationship are coming starkly to the fore all across the country, and it should be apparent by now that trying to preserve the status quo is futile."

Those words are almost a quarter-century old now. They could have been written yesterday.

That quote comes from the 1996 report of the Royal Commission on Aboriginal Peoples (RCAP) which sought to examine Canada's relationship with Indigenous peoples and offer some proposals for reform.

The commission itself was born at a time when many thought the wheels were coming off Confederation. Commissioned by then-prime minister Brian Mulroney in 1991, it began its work following the death of the Meech Lake Accord (which was rejected in part by First Nations because they were left out of the process) and the alarming 78-day standoff in Oka, Que., between Mohawk protestors, police and the army.

By the time the commission's 4,000-page final report was published, other conflicts had popped up — in Ipperwash, Ont. and Gustafson Lake, B.C.

The recent eruptions in the Crown-Indigenous relationship — over pipelines, territorial sovereignty and the use of rail blockades as a protest tactic — don't mirror the situation that faced the commission back in the 1990s.

But at a time when many Canadians are wondering where a path forward for that relationship can be found, it's worth remembering that we've been here before. And some of the proposals that have been gathering dust for 24 years are worth a second look.

Over four years, the members of the commission visited 96 communities and held 178 days of public hearings to produce a massive document that outlined a strategy to build what the commission called a "new beginning with Indigenous peoples."

"In just 20 years," the report said, "the revitalization of many self-reliant Aboriginal nations can be accomplished, and the staggering human and financial cost of supporting communities unable to manage for themselves will end."

That was over 20 years ago now. In the years since, little has changed for Indigenous people in Canada. Partly that was due to a lack of political will; partly it was due to a federal fiscal situation that put deficit-cutting at the top of the priority queue.

There were moments, over those two decades, when it seemed to some that a new Crown-Indigenous relationship was within reach. The Kelowna Accord, championed by then-prime minister Paul Martin in 2005, sought to close funding gaps and bring all parties to the table to negotiate new agreements. It died with Martin's government in 2006; the accord itself was never supported by Stephen Harper and his Conservative government.

Another window opened in 2008 when Harper delivered a formal apology in the House of Commons for the residential school system. That apology, itself a direct response to the RCAP report, was followed by the establishment of a federal program for compensation of former residential school students and the launch of the Truth and Reconciliation Commission.

But RCAP was far more ambitious and comprehensive than any of that.

It called on Canada to build an entirely new framework to recognize Indigenous rights through the negotiation of modern treaties, treaty renewal, new agreements on independent or shared jurisdiction and new fiscal arrangements.

When asked about RCAP around the 20th anniversary of the report, one of the commission's co-chairs, George Erasmus, said the "recommendations are still very, very useful" and still "relevant."

The current Liberal government clearly agrees; it has said it's using RCAP as a blueprint. Its attempt to legislate a Rights Recognition framework in 2018 was built on the report's recommendations and on the notion that Indigenous rights should be recognized as a starting point for any negotiations. After some behind-the-scenes friction between then-justice minister Jody Wilson-Raybould and other cabinet members over timing, and complaints about a lack of Indigenous consultation, the legislative project was shelved.

Which brings us up to mid-February and Prime Minister Justin Trudeau's statement in the House of Commons on the blockades. In it, Trudeau pointed out a painfully obvious fact: the dire state of the Crown-Indigenous relationship is the result of decades of government inertia and indifference. 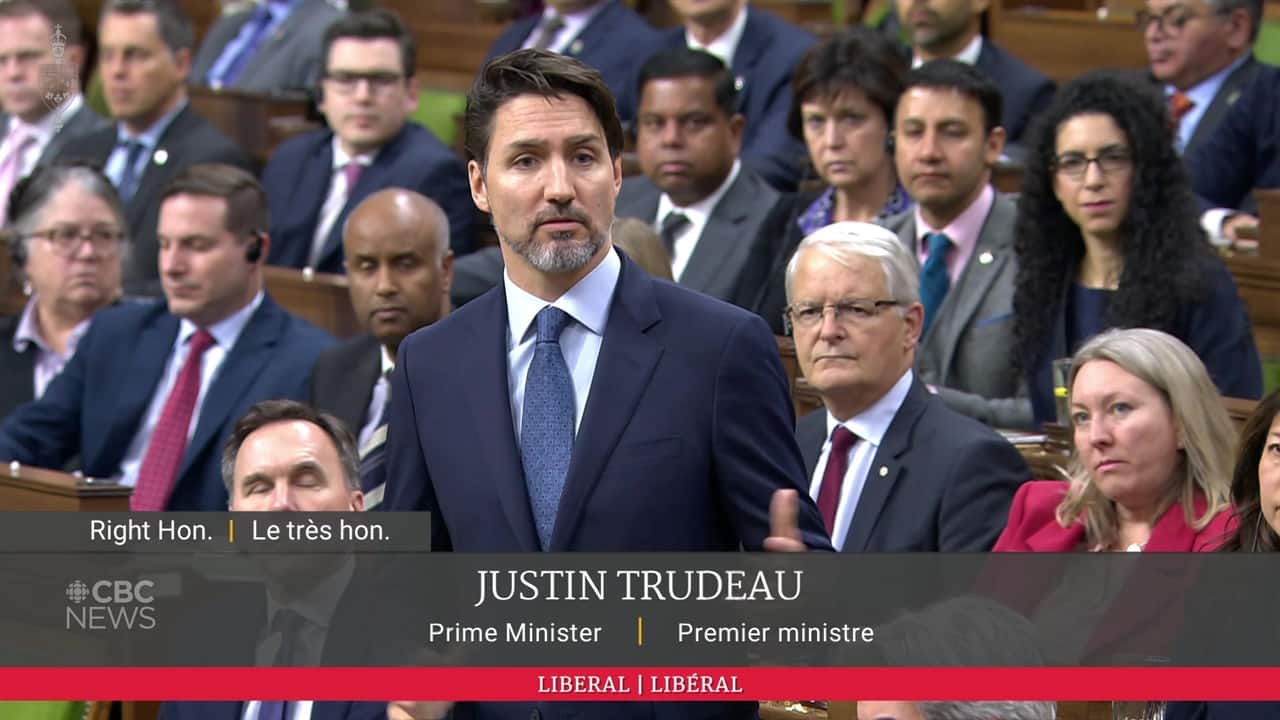 11 months agoVideo
9:56
Prime Minister Justin Trudeau is calling on all sides in the rail blockade to sit down and talk, but says that "finding a solution will not be simple" during a statement in the House of Commons Tuesday. 9:56

"It is past time for this situation to be resolved," he said. "However, what we are facing was not created overnight. It was not created because we have embarked upon a path of reconciliation recently in our history. It is because for too long in our history, for too many years, we failed to do so."

The idea of rights recognition didn't vanish entirely with the failure of the framework. Ottawa joined forces with British Columbia and First Nations to provide a space to talk about rights and self-determination. Right now, some 23 First Nations in B.C. are engaged in some sort of discussions about their future. Minister of Crown-Indigenous Relations Carolyn Bennett has said she still believes those discussions could provide a template for other First Nations across the country.

But the RCAP report contains hundreds of detailed recommendations that could transform this country and the lives of Indigenous Peoples. None of it could happen quickly; much of the hard work is starting decades late. That's something all sides likely would be willing to acknowledge.

The authors of RCAP knew what they were suggesting was ambitious, but possible. "What we propose is fundamental, sweeping and perhaps disturbing — but also exciting, liberating, ripe with possibilities," they wrote.

The best time to start working on this was over 20 years ago. In the current fraught climate, getting started won't be any easier now than it was back then.