The federal health minister says Canada needs to do better when it comes to elderly and palliative care. Rona Ambrose sat down with CBC News for an exclusive interview.

In an exclusive interview, health minister talks about end-of-life and palliative care with CBC News 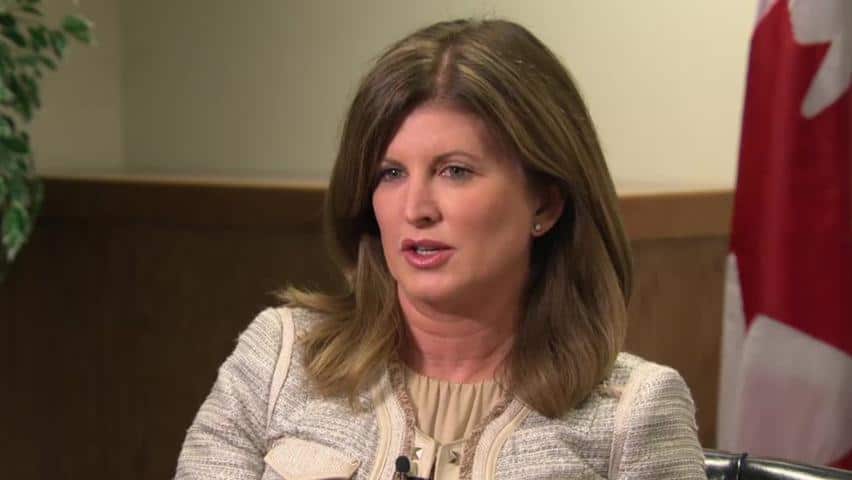 6 years ago
2:11
Health Minister Rona Ambrose explains her approach to the sensitive issues around end-of-life care. 2:11

Federal Health Minister Rona Ambrose says Canada has to do better when caring for people who are dying — and she wants to make that a priority.

Ambrose sat down with CBC News recently in an exclusive interview and spoke of her first-hand experience finding the best possible care for family members.

"I know, in my family, my grandma had really good palliative care. And that made a huge difference to our family," Ambrose said.

And, she says, as the debate around end-of-life care heats up again this fall, she will keep that in mind.

"I think the starting point for me is that we still don't have the best elderly care and palliative care yet," Ambrose said.

"So let's talk about making sure we have the best end-of-life care before we start talking about assisted suicide and euthanasia."

Others are talking about suicide and euthanasia, though.

Next month, the Supreme Court of Canada will hear an appeal by the B.C. Civil Liberties Association (BCCLA) that could grant terminally ill Canadians the right to assisted suicide.

The case seeks to allow seriously and incurably ill, but mentally competent, adults the right to receive medical assistance to hasten death under specific safeguards.

The Quebec government passed legislation in June that will allow for assisted suicides in some cases.

It will take a year and a half to develop the regulations before the bill is formally law at the end of 2015.

And the Canadian Medical Association passed a resolution last month allowing doctors to follow their conscience if they are asked to help a terminally ill patient to die, as long as they are in a province where it's legal.

Both the Quebec legislation and the CMA resolution followed months, and in some cases years, of consultations with the public.

Ambrose says it is a highly emotional issue for everyone.

The federal government has no plans to introduce legislation on assisted suicide.

And so far, no province other than Quebec is formally looking at legislation either.

But Ambrose says there is a lot her government and the provinces can do together.

"While some people think, 'leave it to the other jurisdiction,' I'm a big believer in national initiatives. I think the federal government has a huge amount of knowledge, capacity, power, authority to act within the health care system," Ambrose told CBC.

Assisted suicide debate not going away

For example, Ambrose said, she can help bring people together to compare programs for end-of-life and palliative care.

"Ontario might have a program on palliative care that's much better than what perhaps B.C. had and they don't even know what each other is doing at times," Ambrose said.

"The federal government can be a big part of bringing people together."

While Ambrose admits that discussing better palliative care is her "starting point" she knows this debate around assisted suicide isn't going away.