Interim Conservative Leader Rona Ambrose said Wednesday that extending EI benefits to the unemployed in Alberta would be a good first step for offering relief. 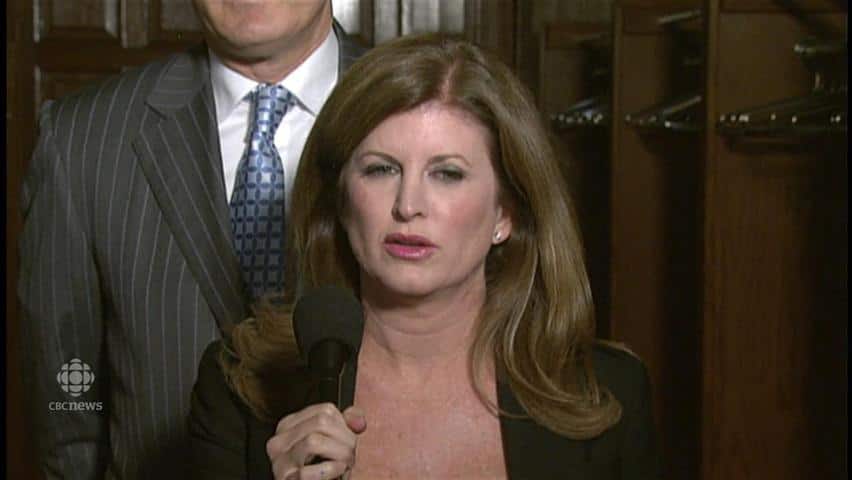 5 years ago
1:53
Rona Ambrose talks to reporters about the Prime Minister's visit to Edmonton today to meet the Premier 1:53

Interim Conservative Leader Rona Ambrose is calling on the Liberal government to loosen its purse strings and remove restrictions on employment insurance for people facing a "crisis" in Alberta.

"After the global crisis in 2008, our government did make changes to the EI system," Ambrose told reporters Wednesday after her party's caucus meeting. "When there's a crisis in any part of the country, that's an opportunity for the government to give more flexibility."

More than 100,000 workers have already lost their jobs in the province as the price of oil has plummeted, grinding growth in the energy sector to a halt.

Prime Minister Justin Trudeau was to fly to Edmonton Wednesday to meet with Premier Rachel Notley to discuss relief.

"EI is much more restricted in Alberta than it is other parts of the country, because we've always had such low unemployment," Ambrose said. "There may be an opportunity to help there."

But federal support beyond an EI extension is already in the works, according to the finance minister.

"We need to work together ... a good example is the stabilization fund. [Alberta] will be putting forward a request so they can get up to $250 million from this fund. We believe that is a good first step. We'll be taking other actions in budget 2016."

The rarely used stabilization fund in question allows the federal finance minister to give money to a province that has faced a year over year revenue decline of five per cent or more. Alberta would be entitled to a maximum of $60 per citizen to help pad its coffers.

The province could also request additional federal funds in the form of an interest-free loan, which would then have to be repaid over a five-year period.

How long a person can claim EI is dependent on where in the country they live. If a region has a higher unemployment rate, then benefits are available for longer.

And while workers in the oil patch have faced a roller-coaster ride in recent months, the unemployment rate in the province is still relatively low.

But the number of Albertans claiming EI has doubled in the last year and most of those benefits will end after 40 weeks. During the last recession, former prime minister Stephen Harper extended income support for five weeks across the country.

The Liberal government proposed sweeping changes to the EI program during the election campaign, but Labour Minister MaryAnn Mihychuk said those reforms could take months to enact.

"Everything is waiting on the budget, and we'll try and provide a system that helps all Canadians that are facing very severe changes because of the natural resources crisis," Mihychuk told reporters Tuesday.

Calgary MP Michelle Rempel said that the prime minister is out of touch with just how dire the situation has become in Alberta. She pointed to comments Trudeau made during a recent CBC News interview when he told an underemployed oil patch worker to "hang in there."

"And it's something that I think the entire country needs to know, what's going on, and needs to care about. So … this can't be about politics for him. We have to act."

Ambrose has been critical of the new Liberal government's handling of the energy file. The Edmonton MP has urged the prime minister to harness government resources to get TransCanada's Energy East pipeline built.

During question period Wednesday, Ambrose said the government is "making things worse" for Alberta families by drafting new environmental regulations for pipelines, which she said will delay some projects to allow for further review.

The government is extending the project review period for Energy East by six months and adding three temporary members to the National Energy Board in an effort to do more public consultation. A decision on the pipeline isn't expected before the middle of 2018 under the new timeline.

But Morneau fired back at the Tory leader saying the Liberals are loath to repeat the "failure" of the last government in getting pipelines built.

"We realize that we need to help those organizations that are producing oil to get it to tidewater," Morneau said in question period.

"We are working hard to do that. We are setting up a process that will get social licence so that we won't have the same failure that's happened over the last nine years. We're going to deliver for Canadians."

But members of the Conservative caucus have taken issue with the government's decision to vote against an opposition motion that would have endorsed Energy East.

The government has said it's premature to support the project formally, because it has not yet finished the regulatory review process at the National Energy Board.