The federal government's COVID-19 exposure notification app is facing criticism for its download requirements, which restrict some Canadians from accessing and using it.

Over 1.18 million Canadians have downloaded the app as of Sunday night, federal government says 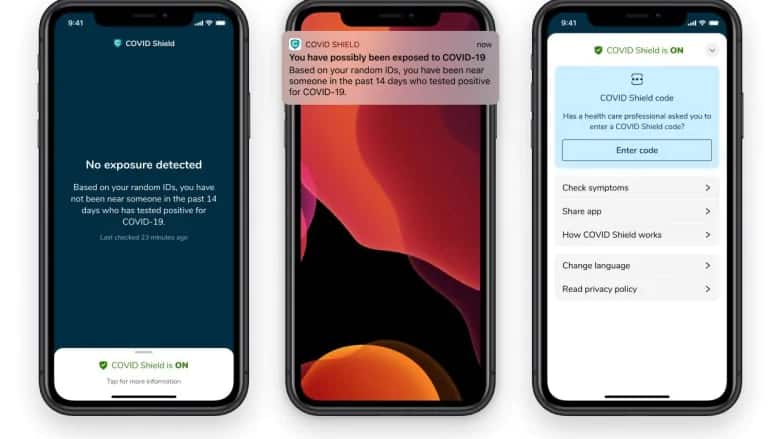 3 months ago
3:40
Users who download the app are alerted if they come into contact with someone who has tested positive for the coronavirus — if that person also has the app. Some say technical requirements of the app can be a barrier. 3:40

The federal government's COVID-19 exposure notification app is facing criticism for its download requirements, which restrict some Canadians from accessing and using the app.

The free "COVID Alert" app, which became available on Friday, is designed to track the location of phones relative to each other, without collecting personal data anywhere centrally.

Users are notified if their phones have recently been near the phone of a person who later volunteers that they have tested positive for COVID-19.

The app has quickly become the most downloaded free app in Canada, topping the charts of both Apple's App Store and the Google Play Store, with more than 1.18 million Canadians downloading the app as of Sunday night, a spokesperson for the Treasury Board Secretariat told CBC News.

But the app requires users to have Apple or Android phones made in the last five years, and a relatively new operating system.

Christopher Parsons, a senior research associate at Citizen Lab, part of the Munk School of Global Affairs and Policy, says that makes the app inaccessible for older Canadians and other marginalized groups who are often the most affected by the pandemic, including Black people, Indigenous people, people of colour and those from lower socio-economic brackets.

"Who's not going to be able to install the application? That same group ... that's a problem," he said.

Parsons said criticism should be directed at the federal government, not those who designed the app.

He believes the technical aspects of the application, such as its ease of use and its performance in both official languages, have been done well and the developers should be congratulated. 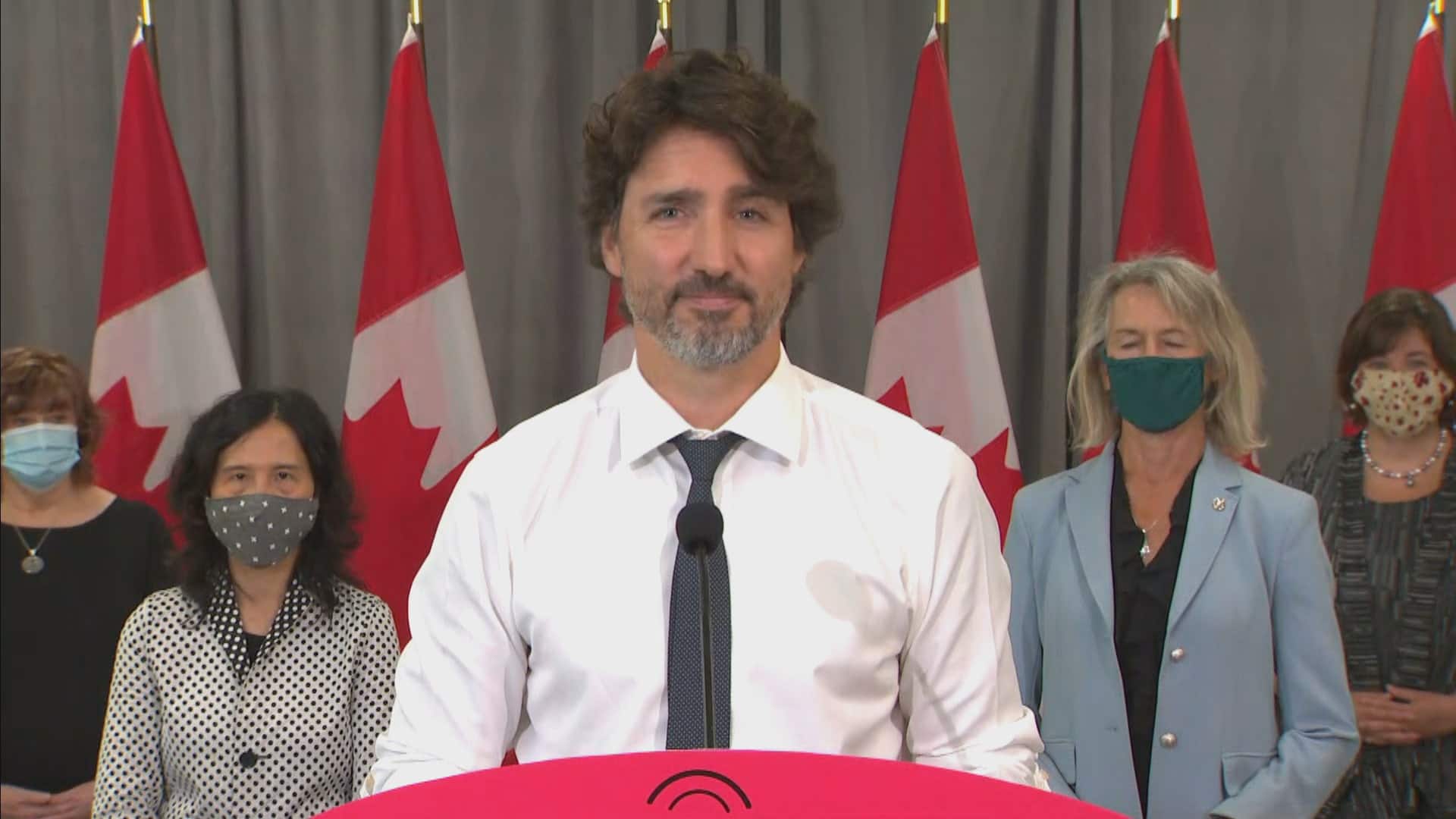 Trudeau explains how the new COVID Alert app will work

3 months ago
2:32
Prime Minister Justin Trudeau told reporters in Ottawa how the new federal COVID app will warn Canadians if they have been near someone who has tested positive for the virus. 2:32

He added that the issue of needing an app that works with older smartphones was known from the start.

For the app to work properly, he said, it requires 65 to 80 per cent of all Canadians to use it, but the current version of the app makes that impossible.

The Treasury Board of Canada Secretariat referred questions about the technical requirements of the app to Google and Apple, but noted the application is only one tool to slow the spread of COVID-19.

It did not address a question about a potential timeline for the issue to be fixed.

Brenda McPhail, director of privacy, technology and surveillance project for the Canadian Civil Liberties Association, said in a statement that the download requirements present an "obvious" issue.

"People who can't afford the latest technology are unable to download and use the COVID Alert app, but data shows that COVID-19 is disproportionately impacting neighbourhoods where incomes are low and unemployment is high," she said.

It is essential the federal government acknowledges the issue and commits to finding ways to address it, McPhail said.

Stiles' parents, both in their 70s, tried to download the app on their older iPhones, but it didn't work.

"They're so frustrated that ... the app won't work on their phone," she said in an interview. "This kind of surprised me." 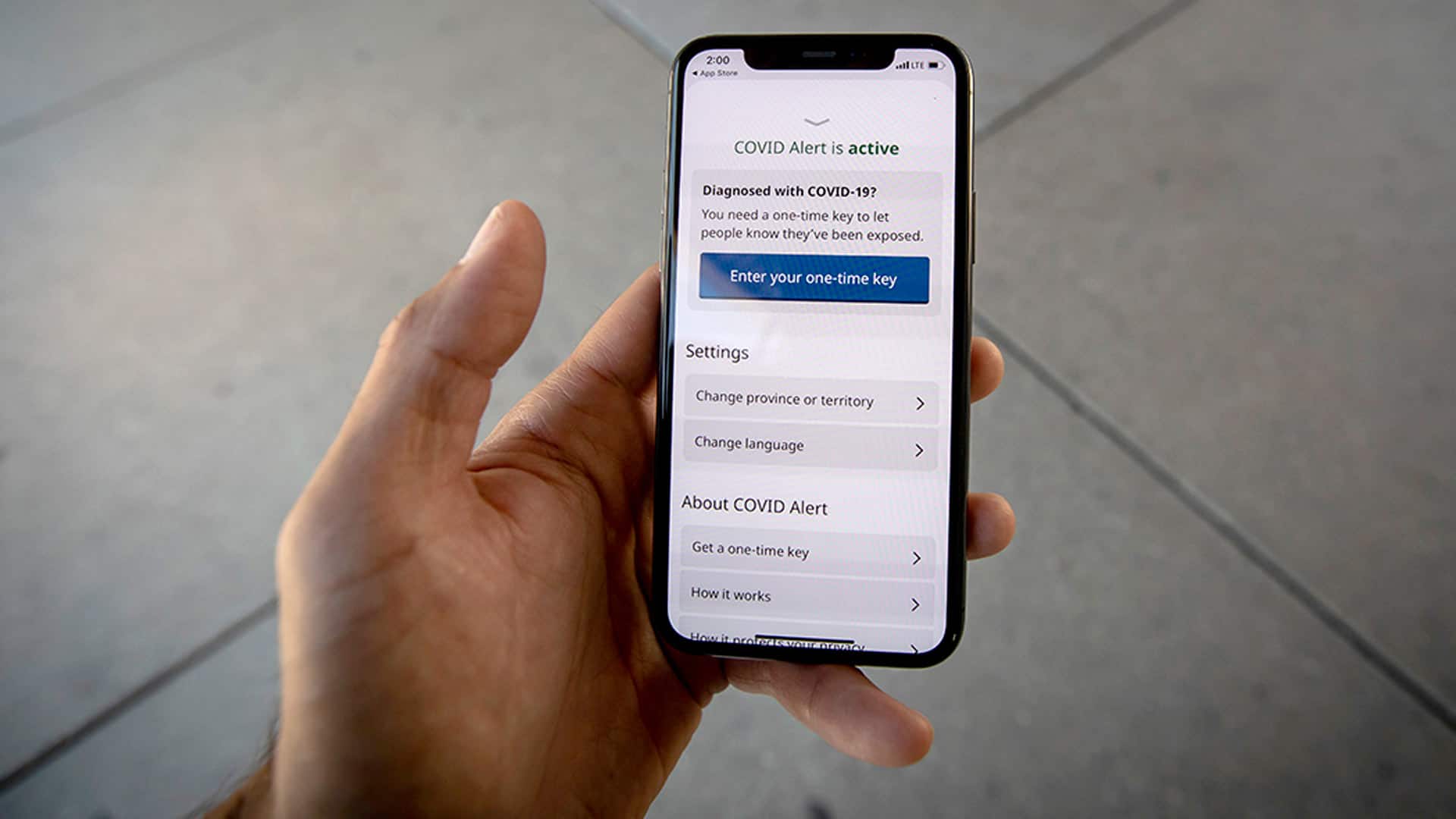 3 months ago
2:05
Just days after it was released, the federal government's new COVID alert app is facing criticism for not working on older iPhones and Android phones, possibly preventing marginalized Canadians from getting alerts at all. 2:05

Stiles said this raises some concerns about the accessibility for more vulnerable Canadians.

"I think everybody agrees the app isn't a bad idea," she said. "We know that elderly folks, seniors, new Canadians, racialized people are the most likely to contract or be affected by COVID-19 ... then it might be a bit problematic that the app only works with the fanciest or priciest new phones."

For now, the smart phone app is only linked to the Ontario health-care system, with the Atlantic provinces set to be the next provinces to link up.

The federal government collaborated with the country's three biggest telecommunications companies — Rogers, Bell and Telus — to send out mass text messages to their customers in Ontario over the weekend encouraging them to download the app, a spokesperson for the Department of Innovation, Science and Economic Development confirmed to CBC News.

Neither Apple nor Google returned requests for comment on the accessibility issue.