Canada should take a leadership role in responding to the Rohingya crisis by ramping up humanitarian aid and development efforts and showing a willingness to welcome refugees from the region, Bob Rae, Canada's special envoy to Myanmar, says in his final report.

Canada should take a leadership role in responding to the Rohingya crisis by ramping up humanitarian aid and development efforts and showing a willingness to welcome refugees from the region, Bob Rae, Canada's special envoy to Myanmar, says in his final report. 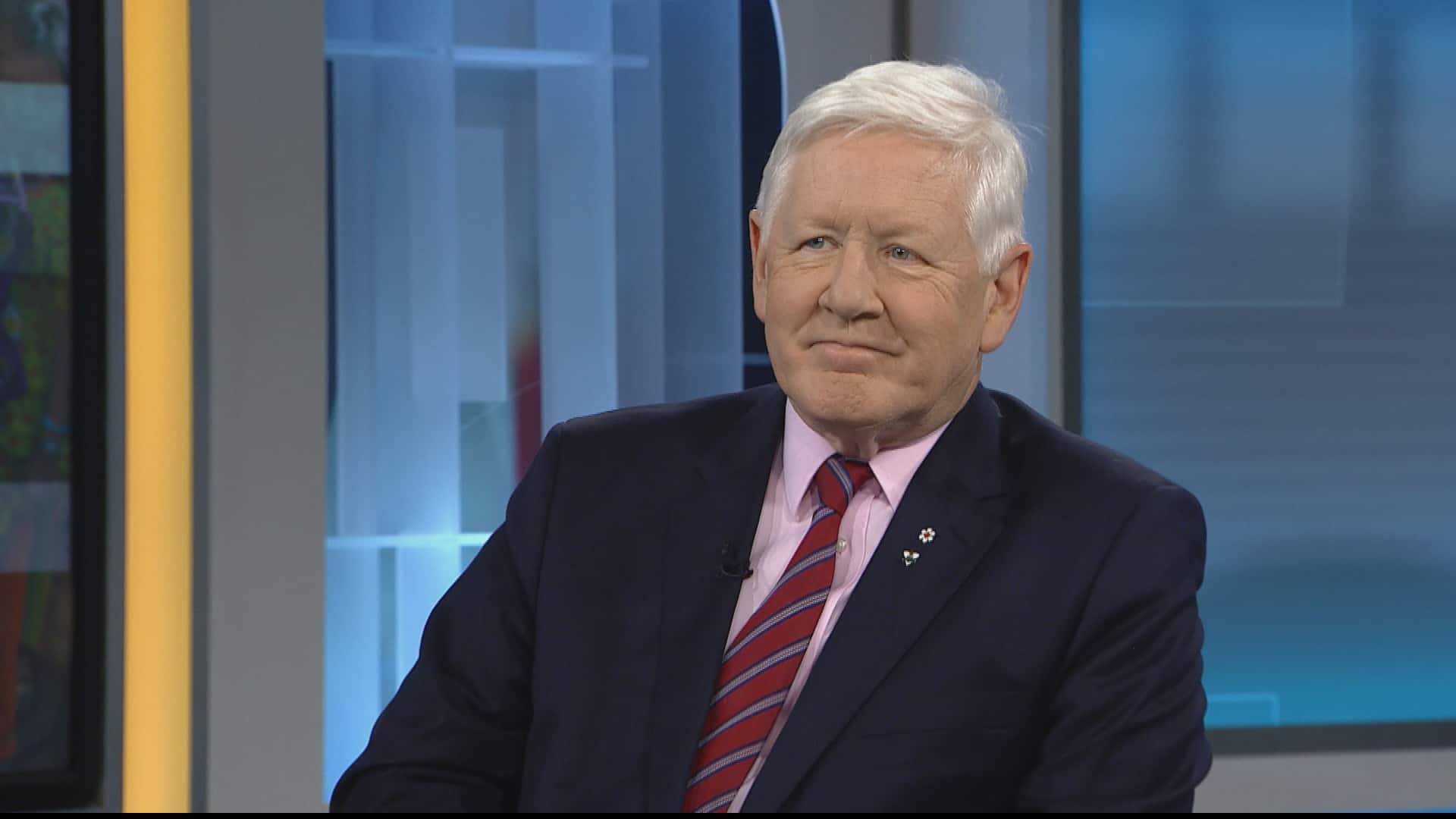 3 years ago
7:49
'We're living in a world without adult supervision at the moment,' says Canada's Special Envoy to Myanmar. 7:49

The lawyer and former interim Liberal leader makes 17 recommendations on how Canada and international allies should respond to help Rohingya Muslim refugees who have fled their homes in the Buddhist state of Myanmar. He said Canada should develop a multi-year funding plan beginning this year for a response that focuses on humanitarian assistance, education and supporting infrastructure.

He estimates the annual costs of such a plan, including additional staff at headquarters and abroad, to be about $150 million for the next four years.

Rae warns that the job of protecting refugees' lives will require presence, perseverance and patience.

"There are no guarantees of success, and many lives are still in the balance," he concludes. "But one thing is certain: if we fail to try, the results will be far worse than if we make the necessary effort."

As it shows a willingness to welcome Rohingya refugees from both Bangladesh and Myanmar, Canada also should encourage a discussion among "like-minded countries" to do the same, Rae said in his report.

"This in no way lessens the obligations of the government of Myanmar to accept responsibility for the departure in such violent circumstances of the Rohingya population from their homes," his report says.

During a news conference in Ottawa today, Rae said no one should underestimate the challenges that lie ahead, but said Canada and the world have an obligation to respond. 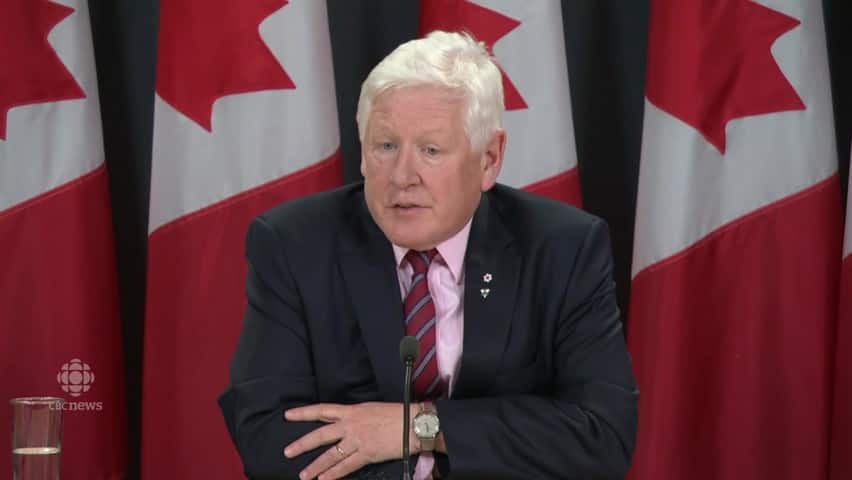 Rae delivers his report on the Rohingya crisis

"It's a very, very troubling, tragic situation," he said. "It's going to require a change of heart inside Myanmar to really make repatriation possible."

Among the other recommendations in the report:

The world community has so far failed to move Myanmar's military government, or its civilian leader, Aung San Suu Kyi, to act.

During the news conference, Rae said the debate over Aung San Suu Kyi's role is ongoing, and said those who are responsible must be held to account after an investigation. While he did not name her specifically in the report, he said he wished she would speak out.

Suu Kyi is a Nobel poet laureate and an honorary Canadian citizen. Rae said the decision to bestow citizenship on her was made by the previous Conservative government and he does not know what reasons went into that decision.

"I'm not defending anybody. What's happened in Myanmar is terrible, and I think everyone in the government in Myanmar has to take their share of the responsibility for what's taken place," he said.

Asked if the persecution of Rohingya is an act of genocide, Rae said he would not weigh into an academic debate over what meets the legal definition but said there are "disturbing echoes" of situations in past. In his report, he noted that history shows genocide is not a single event, like a bolt of lightning, but a process that unfolds over time.

"If I didn't think it was possible, I wouldn't have written those words," he said.

Nur Hasim, president of the Canadian Burmese Rohingya Organization, said he is disappointed that Rae did not single out Suu Kyi for complicity.

"Especially I blame her because she blocked all investigations and fact-finding missions," he said.

Hasim said aid money should go to Bangladesh, not to Myanmar where he believes it could be misused.

Hasim, who came to Canada in 2007, said about 350 Rohingya are now living in Ontario, Quebec and B.C. Rae did not specify how many refugees should be resettled in Canada, but Hasim said he hopes it is a substantial number.

"There are a lot of refugees living in squalid conditions, and they need protection," he said.

Hassim, who still has relatives living in those refugee camps he compares to "open prisons," said he worries about their safety as the monsoon season nears.

Many people are at risk of death or serious illness due to flooding, landslides and water-borne diseases during the monsoons.

Rae was appointed special envoy to Myanmar by Prime Minister Justin Trudeau on Oct. 23 and has travelled to Indonesia, Bangladesh, Myanmar, Vietnam and the UN in New York, holding discussions with officials, leaders and non-governmental organizations.

Trudeau issued a news release thanking Rae for his insights, professionalism, and recommendations, and said the government will outline further measures it intends to take in coming weeks.

"This report brings much needed awareness to the grave humanitarian crisis and gross violations of human rights faced by hundreds of thousands of people, including Rohingya communities, other religious and ethnic minorities, and women and girls," he said.

Trudeau said Canada will continue to work closely with the international community and the United Nations on a path forward.

"We share a global responsibility to respond to this crisis and meet the needs of those displaced and most vulnerable," he said.

Amnesty International Canada said Rae's report offers a roadmap for global leadership to address the urgent and long-standing human rights crisis, and called on the Liberal government to adopt the recommendations without delay.

"In particular, the Canadian government is particularly well positioned to play a leading role in implementing the recommendations to establish mechanisms to ensure justice and accountability for perpetrators of crimes against humanity, and to further increase humanitarian and development assistance for the hundreds of thousands of people who have fled ethnic cleansing and are now confronted by dire humanitarian conditions," said secretary general Alex Neve in a statement.

In his interim report released in December, Rae said the witness accounts he heard were "chilling and graphic." He outlined humanitarian and human rights work that is being done to resolve the situation, and concluded that "Canada must remain involved in this legitimate and important international work."