Robocalls made across Canada in 2011 won't bring charges

An investigation into misleading and nuisance robocalls made to voters across Canada didn't find an intention to prevent them from casting ballots, so no one will be charged, Elections Canada says. 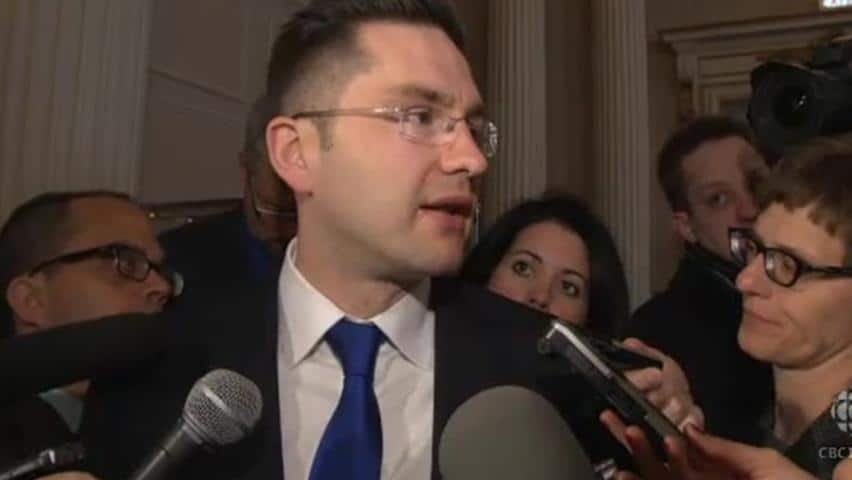 An investigation into misleading and nuisance robocalls made to voters across Canada didn't find an intention to prevent them from casting ballots, so no one will be charged, Elections Canada said today.

A 2012 media report about the investigation into robocalls in Guelph, Ont., led to hundreds of complaints about live and automated calls directing voters in other ridings across Canada to the wrong polling stations ahead of the May 2, 2011 election. There were also complaints about annoying and harassing calls that frustrated people and may have been meant to annoy them enough not to vote.

Yves Côté, commissioner of Canada Elections, said in a news release Thursday that the investigation into those calls didn't find an intent to prevent or dissuade Canadians from voting.

"Ultimately, investigators have been able to determine that incorrect poll locations were provided to some electors, and that some nuisance calls occurred," the report into the calls said.

"However, the evidence does not establish that calls were made a) with the intention of preventing or attempting to prevent an elector from voting, or b) for the purpose of inducing an elector by some pretense or contrivance to vote or not vote, or to vote or not vote for a particular candidate."

"This proof of intent is necessary for the commissioner to consider recommending to the Director of Public
Prosecutions that a prosecution under the Act be initiated," the report said.

One person has been charged with the misleading robocalls made in Guelph. Michael Sona's trial starts June 2 in Guelph.

Complaints by the numbers

Many complaints focused on the Conservative Party, whose officials said from the beginning that the campaign was clean. Pierre Poilievre, minister of state for democratic reform, said Thursday before a speech in Ottawa that the commissioner's decision shows the allegations were false.

"I think it just confirms what I've been saying all along, which is that the Conservative Party ran an honest, ethical campaign and won the election legitimately with the support of Canadians," Poilievre said.

But Duff Conacher, co-founder of Democracy Watch, said the commissioner has made "the wrong decision." He pointed to a paragraph in the report.

"Some national and local campaigns had arranged for calls informing voters of their poll location despite, in the case of one party, their knowledge that a small percentage of electors would be given incorrect information," Côté's report said.

It's possible to start a private prosecution, meaning Democracy Watch can go to a justice of the peace and take the Conservative Party to court. Conacher says the group will wait "a reasonable amount of time" to see if Côté changes his mind, and then proceed.

Conacher also noted the importance of filing a public report even if no charges are laid, a requirement he's argued for in the past. The commissioner is not required to explain a decision not to ask for prosecution.

Most complaints from Lead Now

Elections Canada was flooded with complaints from 260 of the country's 308 ridings.

But while the agency got more than 40,000 messages about the misleading and nuisance calls, the investigation found 96 per cent of them came through Lead Now, an organization that asked concerned voters to sign a petition.

In all, 39,350 of the more than 40,000 "communications" with Elections Canada were from people expressing "their profound dissatisfaction with inappropriate calls​," the report said, and not from people who received the calls.

Investigators found that people were annoyed with the calls in part because both national and local political campaigns were providing specific poll locations during legitimate get-out-the-vote calls. In some cases, reports suggest the campaigns were getting the locations wrong.

"Elections Canada is the only authoritative source of information on poll locations," the report said.

The election agency doesn't normally report on cases that don't lead to charges, but published the 2011 election calls report because of the enormous public interest.

The agency also had former Supreme Court justice Louise Charron review the investigation. Charron said there were a number of roadblocks, including limits to what political parties have to report to Elections Canada.

Parties are not currently required "to provide information about whether a telemarketing firm was retained for making calls to electors, the purpose for making the calls, the numbers called or the text of the messages communicated to electors," Charron wrote in her review of the investigation.

The government's Bill C-23, which would change how elections are run and how voters can cast ballots, would force providers that do live and automated calls to register with the CRTC. It would also require them to keep scripts or recordings of the calls for a year after an election.

But it doesn't require the companies — or the political parties — to keep the lists of phone numbers called. Elections Canada has asked for the bill to be changed to have companies keep the scripts or recordings for more than a year.

The investigation into the cross-Canada calls, for example, started nine months after the 2011 federal election.

Charron also noted that it was hard to get information.

"Some telemarketers retained by political parties simply refused to co-operate," she wrote, while others co-operated after "considerable delay."

"Political parties generally co-operated in providing the data requested, but again here, there were inordinate delays and at times inexplicable resistance to providing the requested information."

Despite that, she concludes, the result of the investigation likely wouldn't have been different.

Had someone purposely tried to mislead voters, "one would have anticipated seeing a single predominant calling number, a constellation of calling numbers, or a pattern with multiple calls into a single electoral district from the same number. There was no such evidence."

Mosley said he was not making a finding that the party, its candidates or the suppliers providing live and automated robocalls were directly involved in "the campaign to mislead voters."