Liberal pundit Rob Silver has announced he is leaving the government relations firm he helped create due to his wife's role as chief of staff to Prime Minister Justin Trudeau.

"Effective Dec. 31, 2015 I am no longer a shareholder or employee of Crestview Strategy," Silver said in an email Monday afternoon.

Silver was a partner in the Toronto- and Ottawa-based public affairs agency that, among other things, lobbies the federal government on behalf of clients.

Silver, a lawyer, is married to Katie Telford, who ran Trudeau's election campaign and was appointed his chief of staff following the Liberals' majority victory on Oct. 19.

"I'm immensely proud of her and want to do everything I possibly can do to make sure she is successful," Silver said in his statement.

"I decided that me remaining an employee or shareholder in a government relations firm that does federal work while my spouse is in her current job is inconsistent with this objective." 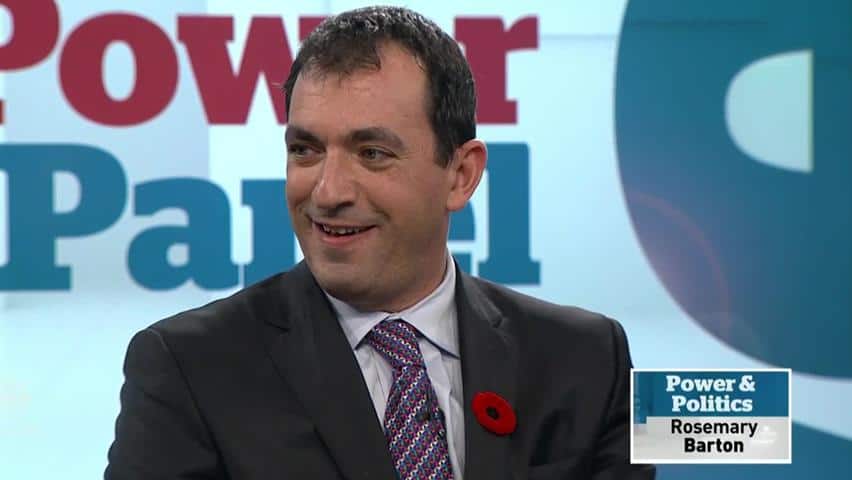 5 years ago
2:11
Regular panelist Rob Silver says goodbye on his final edition of the Power Panel 2:11

Silver, who appeared for many years as a regular strategist on CBC News Network's Power & Politics, recused himself from the program two weeks after the Liberals' victory.

Unemployed for the first time in 18 years, Silver said he will be moving his family to Ottawa in the coming weeks. The couple have a four year-old son named George.

"I'm looking forward to spending lots of time with George and I hear Ottawa is lovely in January," Silver said in the statement.