The Canadian military's counterintelligence branch is supposed to provide early warning about threats within the ranks. Whether it could have spotted the Canadian Ranger who allegedly carried out last month's truck attack at Rideau Hall is part of an internal review of the case, Defence Minister Harjit Sajjan says.

Armed man arrested for security breach at Rideau Hall was singled out for good conduct by commander: sources

Corey Hurren, the armed man arrested for last month's security breach at Rideau Hall, was singled out for good conduct by one of the Canadian military's senior regimental commanders earlier this year, CBC News has learned.

He was "coined" by the commander and regimental sergeant-major of the Royal Canadian Horse Artillery during a winter training exercise in January.

The tribute, which is more than a routine pat on the back, brings into sharp focus lingering concerns about how such an enthusiastic reserve soldier could — only months later — end up behind bars and facing 22 criminal charges, including making threats against the prime minister.

The Canadian military's counterintelligence branch is supposed to provide early warning about such security threats coming from within the ranks.

What the branch knew — and did not know — about Hurren is the subject of an internal review, Defence Minister Harjit Sajjan told CBC News.

"Those are the questions that I'm asking right now and looking at, and trying to get to the bottom of what has happened," Sajjan said in an interview.

Hurren remains in custody while he awaits a bail hearing. He made a brief court appearance via teleconference on Friday, where his case was put over until mid-September.

The military has, thus far, refused to provide a public accounting of Hurren, his record and his associations. His troubled parent unit, the 4th Canadian Ranger Group, has told members not to talk to the media.

Sajjan said he is limited in what he can say because of the ongoing RCMP investigation.

Photos of the January event at Canadian Forces Base Shilo, in Hurren's home province of Manitoba, were posted online, where Hurren boasted about and proudly displayed the commander's coin.

CBC News has spoken to several military members who describe Hurren as "a full-on Ranger" during his 18 months back in uniform in northern Manitoba.

He had served in the reserve forces, in the artillery, during the late 1990s, and apparently jumped at the chance to become a member of the northern reserve organization when a new unit opened up in his area.

He was a member of the Ranger's Swan River Patrol.

Hurren and members of his detachment took part in Exercise Range Gunner, which took place on a rolling basis between the end of January and the beginning of February this year, and they were helping teach basic winter survival skills to other members of the artillery regiment..

A spokesperson for the Department of National Defence downplayed the significance of the commander's coin, saying several members of the Ranger unit were given the tangible memento.

However, Defence spokesman Dan Lebouthillier, like Sajjan, declined to address questions about whether the military considered Hurren a good Ranger and if there were any concerns or disciplinary infractions that might have provided a warning to his state of mind.

"This matter is now before the courts," Lebouthiller wrote in an email. "It would be inappropriate to comment on [Master Cpl.] Hurren's character at this time."

Following the July 2 incident at Rideau Hall, the RCMP seized a letter allegedly written by Hurren, where he expressed anti-government sentiments and said he feared for the future of Canada. Portions of the letter have been read to CBC News by a source who has read it and who spoke on condition their name not be used.

In the letter, Hurren described Canada as being under a communist dictatorship, and decried the absence of Parliamentary sittings, as well as recently enacted federal firearms legislation.

"With the firearms ban and seeing more of our rights being taken away, on top of bankrupting the country, I could no longer sit back and watch this happen. I hope this is a wakeup call and a turning point," Hurren wrote.

The Toronto Star reported that during the pandemic Hurren had developed a fixation on conspiracy theories such as those posed by QAnon, which claims a "deep state" of child molesters run the most powerful institutions in the U.S. and that there is a vast left-wing plot against President Donald Trump.

Sajjan wouldn't say if Hurren's activities and postings had made it onto the military counterintelligence branch's radar.

He did say that "additional steps" are necessary and the military will be taking a deeper look at how to spot those kinds of threats so it is not playing catch up after an incident takes place.

Sajjan would not elaborate on what those steps might entail. 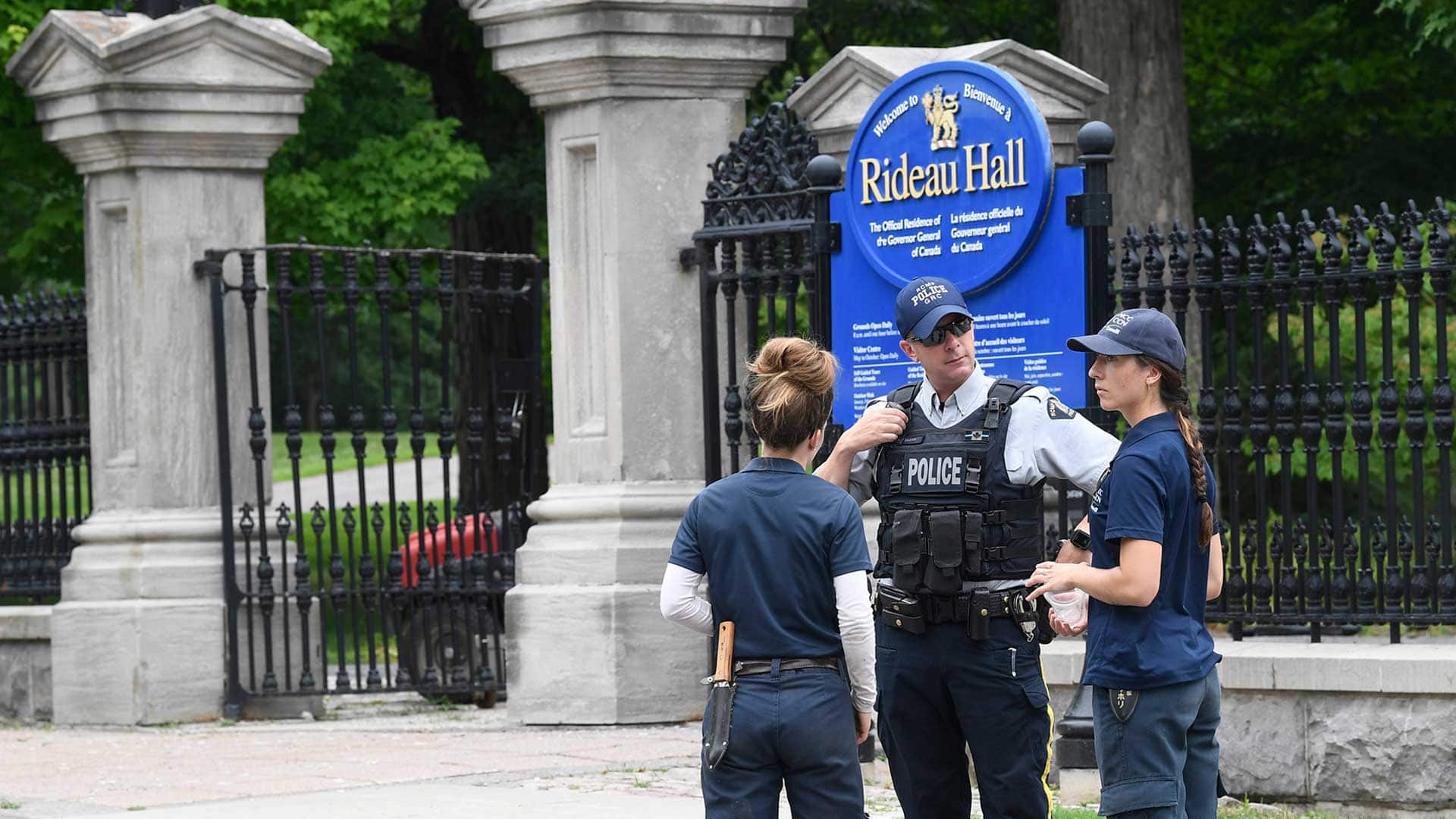 4 months ago
1:59
More details emerge about the gunman who stormed into the grounds of Rideau Hall. He is facing 22 charges, most related to the multiple weapons he brought with him. 1:59

Hurren belonged to the Swan River patrol, a fairly new unit within the 4th Canadian Ranger Group, created as part of the expansion of the force, which was first ordered in 2007 by the Conservative government of former prime minister Stephen Harper.

It took the military six years to grow the ranks of the lightly-equipped Rangers to its present size of 5,000 members.

In their iconic hoodies, the Rangers are popularly portrayed as a largely far north Indigenous formation, but the expansion saw patrols created further south and the participation of a number of non-Indigenous members.

More loosely knit than regular forces and even some long-standing reserve formations, the Rangers are seen by experts as a new place for far-right organizers who want their members to get survival and weapons training.

Yannick Veilleux-Lepage, an assistant professor in the Institute of Security and Global Affairs at Leiden University in the Netherlands, said infiltration by extremists is a concern.

"Increased screening would help identify radicalized individuals in order to root them out and disqualify them before they join the service," said Veilleux-Lepage, who worked for the Canadian government as a senior intelligence analyst specializing in international terrorism and emerging threats before entering academia.

By the same token, Veilleux-Lepage said some people could be radicalized after they join the military and as a consequence of their service. Responding to that problem is going to require the Defence Department to take a deeper, ongoing look at the mental health of troops, including the Rangers, he said.

It is too early to know how that played out in the Hurren case, Veilleux-Lepage said, adding there are, however, important lessons the military needs to learn now from the Rideau Hall incident in order to check radicalism.

With file from Catharine Tunney