Citizenship and Immigration Minister Chris Alexander may be keen to trumpet his government's move to revoke passports from ISIS recruits, but his officials are equally tight-lipped when it comes to providing raw numbers to back up his bravado. 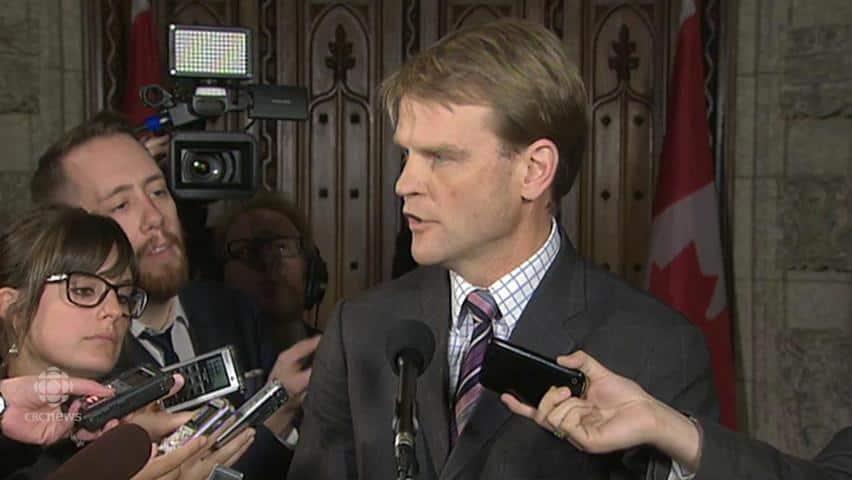 Citizenship minister won't say how many Canadian passports have been revoked

6 years ago
3:01
Citizenship Minister Chris Alexander won't say how many Canadian passports the government has revoked, claiming it's a matter of national security. 3:01

Citizenship and Immigration Minister Chris Alexander may be keen to trumpet his government's move to revoke passports from ISIS recruits and other Canadians suspected of plotting to travel abroad to join extremist causes, but his officials are tight-lipped when it comes to providing raw numbers to back the decision.

Despite repeated queries from CBC News, Alexander's office has refused to reveal just how many passports have been seized since 2002.

Instead, they directed questions to the Canada Border Services Agency, which has yet to respond.

Outside the Commons, Alexander cited privacy and security concerns for his refusal to release numbers.

"It's an administrative issue, it’s an operational issue," he said in response to questions from reporters after question period.

"There are privacy considerations. We will not be saying how many have been revoked … but we have the power to do that."

Despite a barrage of follow-up questions, Alexander held his ground and denied that he was "afraid" to give a number.

"We will uphold a longstanding practice, which is not to go into the details of operational national security matters," he insisted.

Under the Passport Order, the minister has the power to refuse or revoke a passport if he believes such action is necessary to protect the national security of Canada or any other country.

In recent days, Alexander and other Conservatives have gone after both opposition parties over their past refusal to support legislative changes authorizing the government to strip the citizenship from dual nationals convicted of terrorism-related offences.

Alexander has also challenged Liberal Leader Justin Trudeau to explain whether he agrees with revoking the passports of those suspected of joining groups such as ISIS.

"It is incomprehensible for the Liberal leader not only to be not supporting this measure, but to be defending the right of convicted terrorists to maintain their Canadian citizenship, and to be running away from microphones on the whole question of citizenship and passports for people who are foreign fighters in Iraq and Syria," Alexander told reporters on Monday.

Earlier Monday, Trudeau told reporters that Canada "has a process and the rule of law in terms of when passports are … revoked."

"I think this is a much larger issue that we shouldn't be looking at for partisan gain," Trudeau said, calling for more debate about how "we fight back" against ISIS.

Immigration lawyer Lorne Waldman has also raised concerns over what he fears may be the arbitrary use of the power to revoke travel documents, particularly on national security grounds.

"That's pretty vague and pretty broad," he told The Canadian Press over the weekend.

"The minister is going to have to justify that."

According to government records, since 2003, just 40 now-former Canadians have had their citizenship formally stripped after it was determined that they had obtained it by false representation or through other fraudulent means.

The new provisions, which give the minister the power to revoke citizenship for terrorism-related offences, has not yet been tested.

Unlike passport revocation, those numbers — but not the names of the individuals themselves — are available, as such decisions are cabinet orders, and are published on the Privy Council Office website.