Tory Senator Lynn Beyak mounted a defence of the residential school system for Aboriginal children Tuesday, lamenting that the "good deeds" accomplished by "well-intentioned" religious teachers have been overshadowed by negative reports in the Truth and Reconciliation Commission.

Conservative Senator Lynn Beyak mounted a defence of the residential school system for Aboriginal children in the Red Chamber Tuesday, lamenting that the "good deeds" accomplished by "well-intentioned" religious teachers have been overshadowed by negative reports documented by the Truth and Reconciliation Commission.

"I speak partly for the record, but mostly in memory of the kindly and well-intentioned men and women and their descendants — perhaps some of us here in this chamber — whose remarkable works, good deeds and historical tales in the residential schools go unacknowledged for the most part," she said.

The commission, which conducted an exhaustive six-year study of the system, found physical, mental and sexual abuse was rampant, and some 6,000 children died while in care because of malnourishment or disease.

I was disappointed in the Truth and Reconciliation Commission's report in that it didn't focus on the good.- Conservative Senator Lynn Beyak

Beyak, an Ontario senator, appointed by former prime minister Stephen Harper in 2013, said she has spoken to Indigenous people who have told her of the positive experiences they had while at the schools, adding many have kept their Christian faith after it was imparted to them by school administrators.

"Mistakes were made at residential schools — in many instances, horrible mistakes that overshadowed some good things that also happened at those schools," she said, rising to speak on Senator Kim Pate's inquiry on the over-representation of Indigenous women in Canadian prisons, a topic Beyak largely ignored in her lengthy speech. 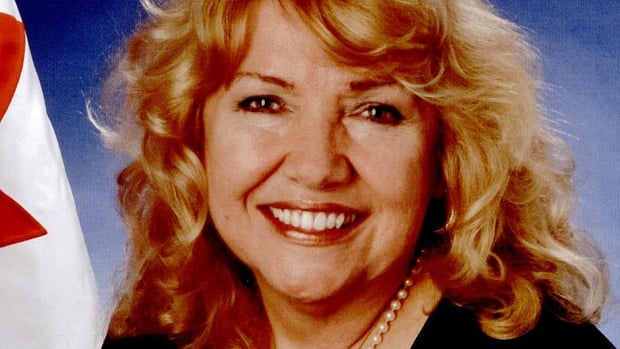 Beyak: 'A somewhat different side of the residential school story'

4 years agoVideo
0:15
Beyak: 'A somewhat different side of the residential school story' 0:15

Senator Murray Sinclair, who served as the chief commissioner of the Truth and Reconciliation Commission, sat in the chamber during Beyak's speech, and was the first to respond.

"I am a bit shocked, senator, that you still hold some views that have been proven to be incorrect over the years, but, nonetheless, I accept that you have the right to hold them," he said.

He asked Beyak a question about the issue at hand — Indigenous women in prison — but before she could respond her allocated time ran out, and a request for an extension was denied by fellow Conservative Senator Don Plett, among others. 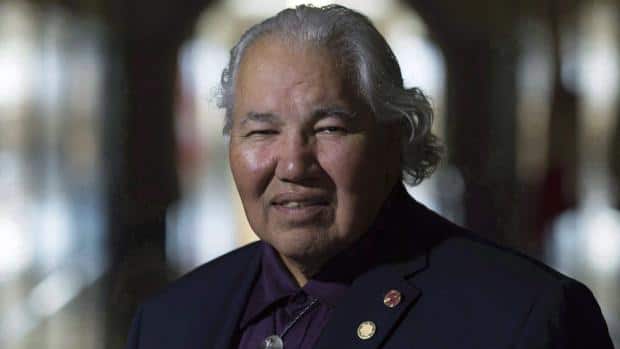 Sinclair: 'I am a bit shocked'

CBC News reached out to the offices of senators Beyak and Sinclair, but did not receive a comment in time for publishing.

'Didn't mean to hurt anybody'

This was not the first time Beyak has sought to paint the residential school system in a different light. At a recent meeting of the Senate's Aboriginal Peoples committee, she said those who ran the schools "didn't mean to hurt anybody."

"The fathers and sons and family members of the nuns and priests, to this day, have to bear the reputation as well, and nobody meant to hurt anybody," she said. "The little smiles in the Truth and Reconciliation Commission are real, the clothes are clean and the meals are good. There were many people who came from residential schools with good training and good language skills, and, of course, there were the atrocities as well.

"I was disappointed in the Truth and Reconciliation Commission's report in that it didn't focus on the good. The people I talk to are Christians."

She said the commission proposed few new solutions to address the poor socioeconomic conditions faced by many First Nations people today. "There are excellent calls to action in the Truth and Reconciliation Report, but, frankly, I did not see any new light shed on these issues."

Jim Miller, a professor of history at the University of Saskatchewan, who was a witness at the committee that day, said, when pressed by Beyak, that a very small minority of First Nations children experienced good things at the schools. "My research told me, though, that overwhelmingly people had a very mixed experience."

Miller also noted the commission did document that some students had positive memories of their experiences.

Indeed, the commission found some Indigenous students spoke highly of the skills they acquired, the benefits of recreation and sports, and the friendships they made at a school, but on the whole, for most students, academic success was elusive in the crowded classrooms and they often left feeling isolated from their families, culture and language.

Beyak also said Tuesday it is unfair to brand Hector-Louis Langevin, widely regarded as one of the architects of the system, as a racist, because many parents chose to send their children to faith-based schools on reserve, where they in turn learned valuable teachings about Jesus and the Gospel.

"The leaders of the day called it 'forced assimilation,' but I don't believe that was Trudeau's intent. I think he just wanted us to be Canadians together. The concept was to trade your status card for Canadian citizenship … it was brilliant and revolutionary," she said.