As the federal government grapples with yet another controversy involving temporary foreign workers, economists and immigration experts say that attracting low-skilled foreign workers could be one of the solutions at hand. 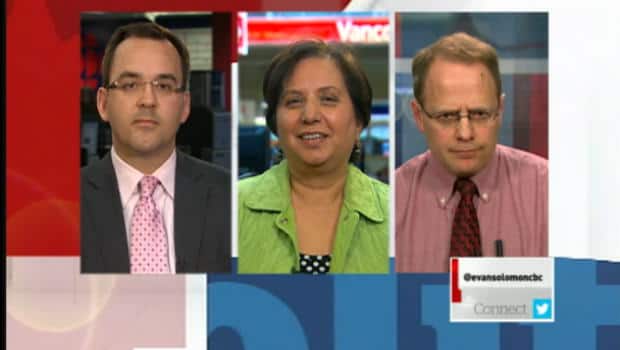 How to solve a problem like the federal government's scandal-plagued Temporary Foreign Worker Program?

Economists and immigration experts say there are solutions at hand as the Conservatives grapple with yet another controversy involving temporary foreign workers.

"We have to figure out what we want as a labour market in the end," David Green, an economics professor at the University of British Columbia who specializes in wage and employment issues, said in an interview Tuesday.

"Are these workers truly needed in some sectors? There's a tendency for non-economists to think of an economy as a machine, where if you're missing certain parts, the machine doesn't work, and certainly businesses want us to regard it that way. But that's not always the case."

The government has been under fire for months amid reports from across Canada of employers — particularly fast-food franchises — abusing the program, which was originally intended to help address a shortage of skilled labour.

The latest scandal follows a CBC investigation involving two long-serving Saskatchewan waitresses who were recently fired from a restaurant in Weyburn while their temporary foreign worker colleagues were spared.

Employment Minister Jason Kenney has vowed to lower the boom on any companies violating the program.

"One thing the minister has made clear recently is that if we catch employers lying on their application forms for temporary foreign workers, we will not hesitate to refer the matter to law enforcement agencies for criminal investigation," Kenney spokeswoman Alexandra Fortier said in an email on Tuesday.

The program is also under further review, she said.

"The message is clear and unequivocal — abusive employers are going to face the most serious sanctions they have ever faced since this program was launched in 1973."

But some say the entire program should simply be scrapped in favour of other, simpler ways to tackle supposed labour shortages in provinces and regions that are booming.

Allowing more low-skilled immigrants into Canada and requiring them to settle in regions of the country with labour shortages is one option, says Jeffrey Reitz, an immigration expert at the University of Toronto.

"That would certainly be a possibility since we haven't been bringing people in on a permanent basis at low-skill levels," Reitz said. "It may be that our economy hinges on having more unskilled workers coming in as permanent immigrants."

Larry Hubich, head of the Saskatchewan Federation of Labour, is calling for something he calls "proactive immigration."

"We built this country with the expertise and commitment of immigrant workers," Hubich said.

"So let's develop a number that's reasonable and that encourages citizens from other countries to come to Canada to work and set up residence here by providing the supports required to build communities. Often new immigrants end up in remote locations where they don't have community and they're isolated; we need to be pro-active in helping them settle here."

As well, Hubich said, the government must do a better job ensuring there aren't Canadian workers who would happily do the jobs filled by temporary foreign workers.

"I don't know that the government or employers are doing an adequate job of canvassing the domestic work force," he said.

"There is a good body of available labour in Saskatchewan, for example, particularly in First Nations communities. The challenges become providing adequate training programs for those workers."

Green said the free market must also be allowed to do its work without any government interference.

If a fast-food restaurant in booming Fort McMurray, Alta., refuses to improve wages, enhance working conditions and even boost prices in favour of offering a 99-cent burger, it will suffer the consequences, he said.

If, on the other hand, it offers better pay and finds other ways to hike revenues that don't involve measly wages, employees will stay put.

"Life could certainly be grand if you're a Tim Hortons operating in a boom town and you can continue to pay workers low wages, but that's not the way markets work," he said.

"Oil companies working nearby are willing to pay them so much more, so why would they stay? What the businesses are trying to do is completely rational — who wouldn't prefer a docile workforce willing to work long hours for low pay and not legally allowed to work anywhere else? But should the government be facilitating that?"

Kelly also called on the government to require that for every temporary foreign worker it employs, a company must hire a Canadian worker at the same wage level, demonstrating that their wages are truly attractive and they aren't driving down income levels.

"But the only way you could scrap the program entirely would be to fix the permanent immigration system and allow employers access to immigrants of all skill levels," he said.

"Unfortunately, that's not on the table — even though we really need to fill low-skill jobs, too — because it would violate the so-called Canadian consensus that we only want to attract the best and the brightest to our shores."